Female wresters in the U.S.-Mexico borderland fight for their lives in the new documentary Luchadoras 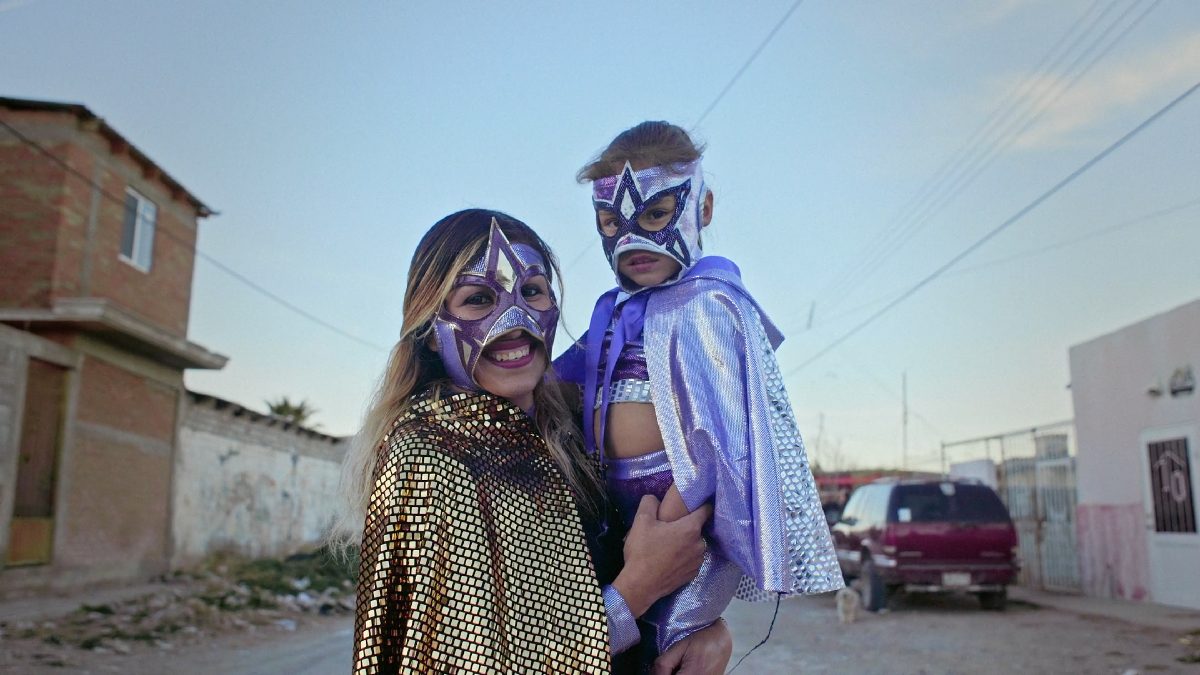 Like mother like daughter, Baby Star and her child come from a line of luchadoras. Courtesy Luchadoras.

A woman stood inside a wrestling ring in Juárez. She wore a red leotard over her fishnet tights. She was a luchadora, a woman wrestler, taking part in the Mexican style of wrestling whose long history and influence in the U.S.-Mexico borderland I wrote about in the March issue. The woman spoke to the crowd. But instead of a storyline that’s part of the show, she spoke in earnest of the violence affecting women in Mexico and, specifically, Juárez.

“This shout comes from us, from Juárez, and I want you to shout with me,” she said, in Spanish, into the microphone. “Because they took them alive!” she continued. And then the crowd responded: “We want them back alive!”

They were referring to the women who have disappeared in Juárez since the 1990s. There are various theories of who kidnaps these women, kills them, and sometimes leaves their bodies in the desert, but most signs point toward the drug cartels. The call-and-response between the luchadora and the crowd happened three times. Each time more passionate than the one before. “Thank you, Juárez!” the luchadora said, at last, as the crowd clapped and yelled with approval. This interaction epitomizes the entire documentary, which premiered today at the SXSW Film Festival.

Directed by Paola Calvo and Patrick Jasim, Luchadoras follows three women from Juárez as they wrestle and fight to overcome their own personal struggles while living in one of the most dangerous cities in the world. News reports of the latest murder victims—including a young activist, Isabel Cabanillas, who rode her bike everywhere to stay as close as possible to the community—play throughout the film. These reports never seem to stop. They’re unsettling.

For decades, femicides, murders directed at females because of their gender, have been part of the violence in the city that borders El Paso. Women have disappeared. Presumed dead, sometimes their bodies are never found. They’re remembered by family members who seek justice and post photos of their loved ones, asking if anyone has seen them; activists who march to protest violence against women; and luchadoras who protest the same violence while having to live through it. 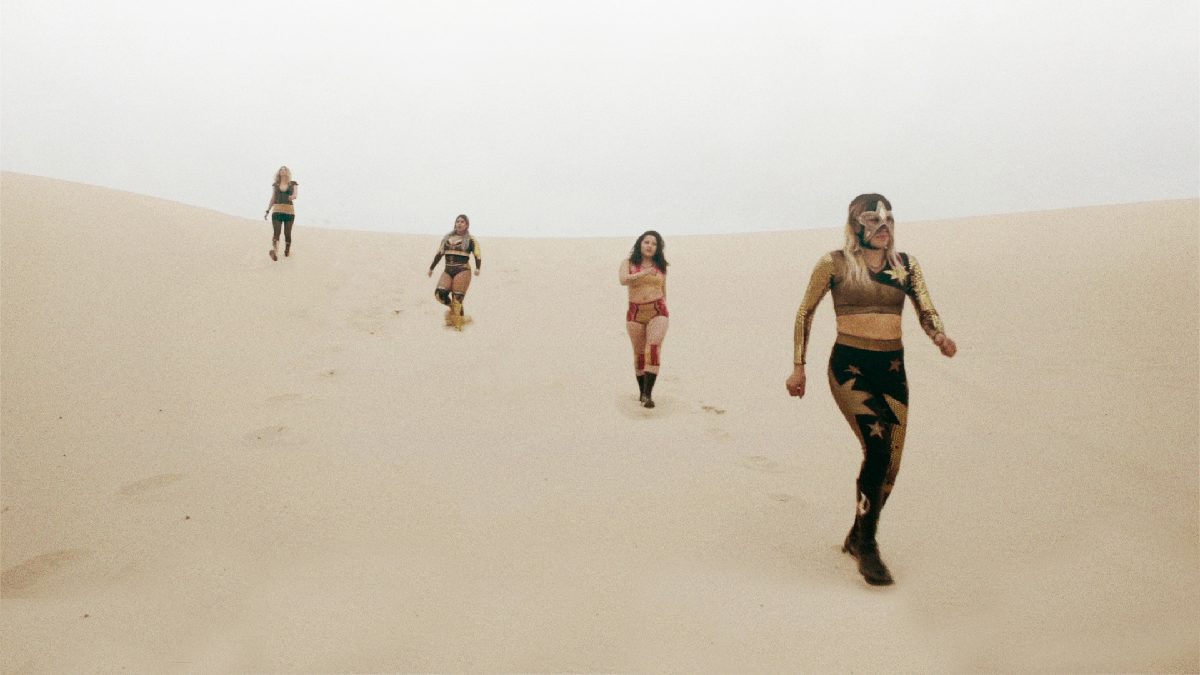 A trail of luchadoras descends the Samalayuca Sand Dunes about 45 minutes from Juarez. Courtesy Luchadoras.

Like many of the women who get targeted, Mini Sirenita (her wrestling name) works at a maquiladora—a foreign-owned factory in Mexico that relies on cheap labor. She lives on the outskirts of Juárez, where it’s notoriously dangerous. So dangerous that her male friend who drives for Uber hesitates to drive her to the wrestling arena. “They kill and bury down there!” he said during their phone call. She has hopes of leaving her $50 a week job and moving to Mexico City, where she can wrestle for a major promoter.

Baby Star had what Mini Sirenita wants. Her father was a luchador who pushed her to become one as well. Her younger sister wrestles, too. Baby Star wears a star-shaped mask—even to sleep. She once wrestled in Mexico City. But after falling in love during a visit to Juárez and giving birth to her daughter—who also wants to become a luchadora—she’s trying to work her way back to the Mexican capital, where she can continue her wrestling career. The father of her daughter, also a masked luchador concerned with his own career, isn’t much help.

And then there’s Lady Candy, who in between wrestling and working at a funeral home is applying for a visa to visit El Paso. That’s where her daughters live. She wrestles, in part, to raise money for her work permit since she goes months without even talking to her two elementary school daughters. Her ex-husband used to beat her, then he took their daughters to the other side of the U.S.-Mexico border and sometimes prohibits them from even calling their mom. The documentary never shows him, but he’s there in the same way that violence lurks over women in Juárez.

But in Luchadoras, the women protest and march in the face of violence. Some characters demand their rights through lucha libre and others just practice the sport—learning to throw punches, kicks, and elbows even if they have no intention of being an actual luchadora—as a way of learning self-defense. This is a poignant, often infuriating documentary about women who continue to fight in and out of the ring because, as of last week, there had been 39 women murdered in Juárez in first few months of 2021.