The State Fair of Texas is canceled for the first time since World War II, but at least fair-food junkies can still get their fixes 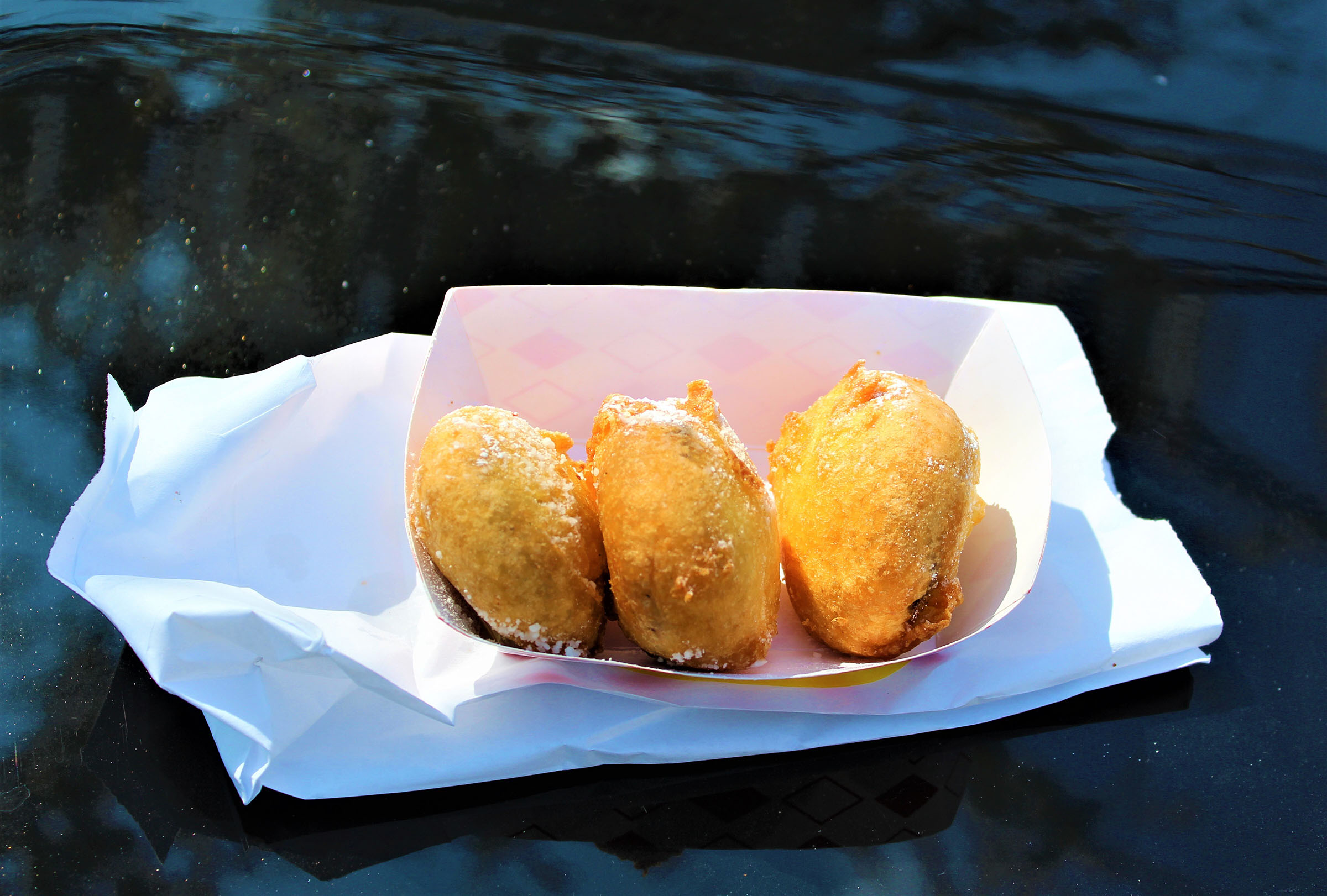 Three is not a crowd

I don’t exactly remember when I first heard about fried Oreos. I just remember being a bit confused that such a thing would even exist. I wanted to eat one, at least, just to say I’d tried them.

Since we moved to Dallas in 2014, my wife and I have attended the State Fair of Texas just about every year. And yet, I have never tried the fried cookie. It’s one of those things that once I’m at Fair Park, with so many other food options, I either forget or remember too late. That’s what happened last year. It wasn’t until I was driving out of the parking lot that I remembered the fried Oreo. I’ll eat it next year, I thought then.

Then the pandemic hit. A few months later, organizers canceled the fair. This is the ninth time the fair has been canceled since starting in 1886. The last time came 75 years ago, during World War II. With everything else happening in the world, I hadn’t processed that no State Fair of Texas meant no fried Oreo, and I wasn’t sure if I’d still be living in Dallas next year.

Lucky for me, organizers replaced the fair as best as they could with the Big Tex Fair Food Drive-Thru. Fairgoers can buy tickets for one of three allotted time slots—10 a.m. to 1 p.m., 1 p.m. to 5 p.m., and 5 p.m. to 6 p.m.—and drive through the fairgrounds to get some of their favorite fair food at up to 10 different stands. Corn dogs and turkey legs, French fries and corn on the cob, kettle corn and cotton candy. And, of course, fried Oreos. 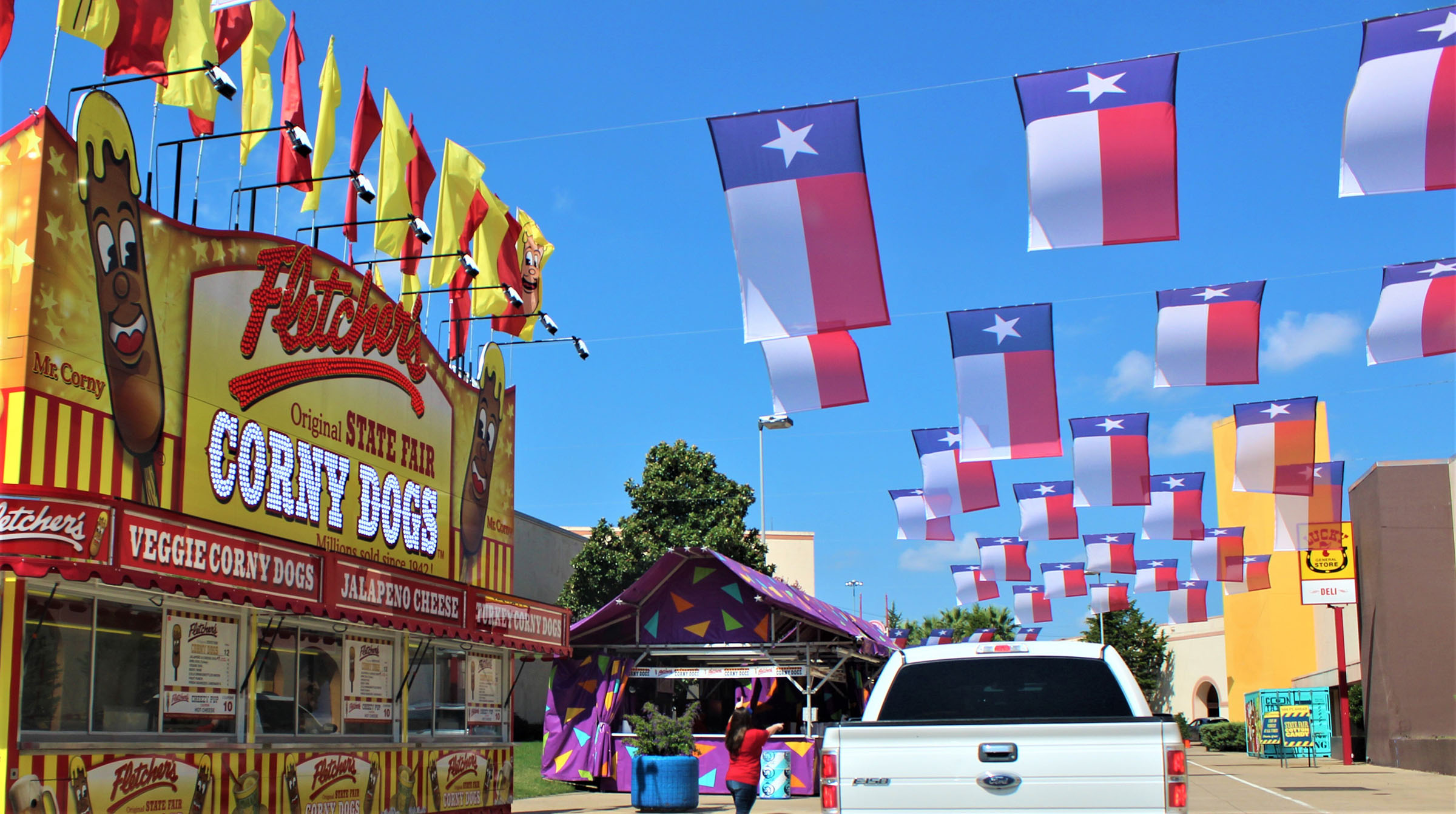 The road to gluttony.

So, this past Saturday, on what should have been the fair’s opening weekend, my wife, 3-year-old daughter, and I drove to the drive-thru. Along with hundreds of other cars, we waited to enter the fairgrounds and embark on a route just over a mile long. At 10 a.m., that line of cars formed several large loops around orange traffic cones inside the Gate 11 parking lot, next to Dos Equis Pavilion, and down S. Fitzhugh Avenue. We lowered the windows to feel a cool breeze. And even if it was different, with face masks and social distancing, there was a small sense of normalcy.

I love this time of the year, when the summer’s suffocating heat gives way to the fall’s cool climate. When baseball season ends, football begins, and the State Fair of Texas hosts the Red River Showdown between Texas and Oklahoma. It’s the time of the year when there are increased cravings for comfort food as the days become shorter and the nights grow longer. 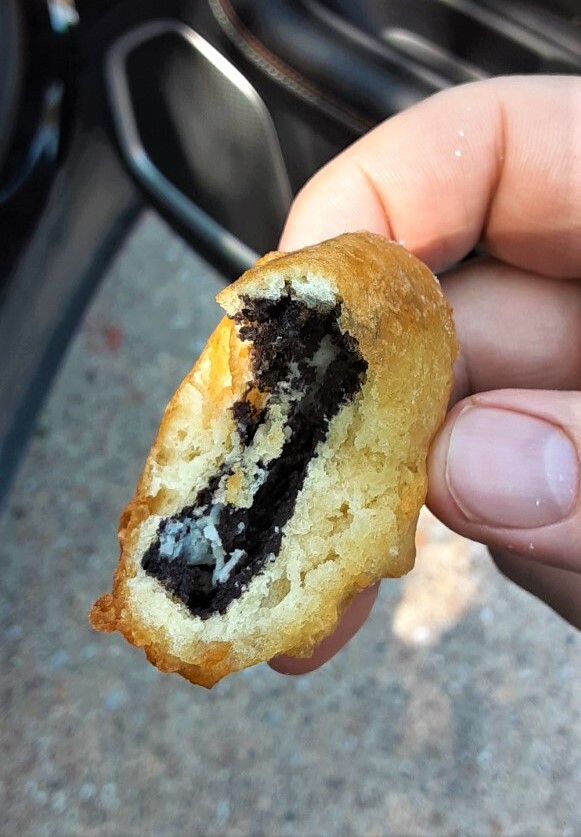 After driving the route, we parked under the shade of a tree in a parking lot that normally would’ve been full. Last year, the State Fair of Texas drew just over 2.5 million visitors. This year, there wasn’t a car within 50 feet of us, as we ate and talked about what a nice day it was. How even if we had to wait in a long line—which organizers are trying to fix—at least it wasn’t hot, and how it felt good being out of the house doing something different from what’s become routine.

It feels like we have one foot out of North Texas. My wife’s a teacher. Once the school year ends and summer comes, we’ll likely move back home to El Paso. We both agreed the State Fair of Texas would be one of the many things we’d miss.

We then each ate a fried Oreo. I said it was one of the best things I’d tasted in months. The warm batter on the cookie was soft. The heat from the oil had turned the usually hard Oreo into something as soft as its white filling. The dash of powdered sugar on top just added to the flavor. “I wish I could eat at least one more,” I said. My wife agreed. My daughter, with powdered sugar and chocolate around her mouth, didn’t say much.