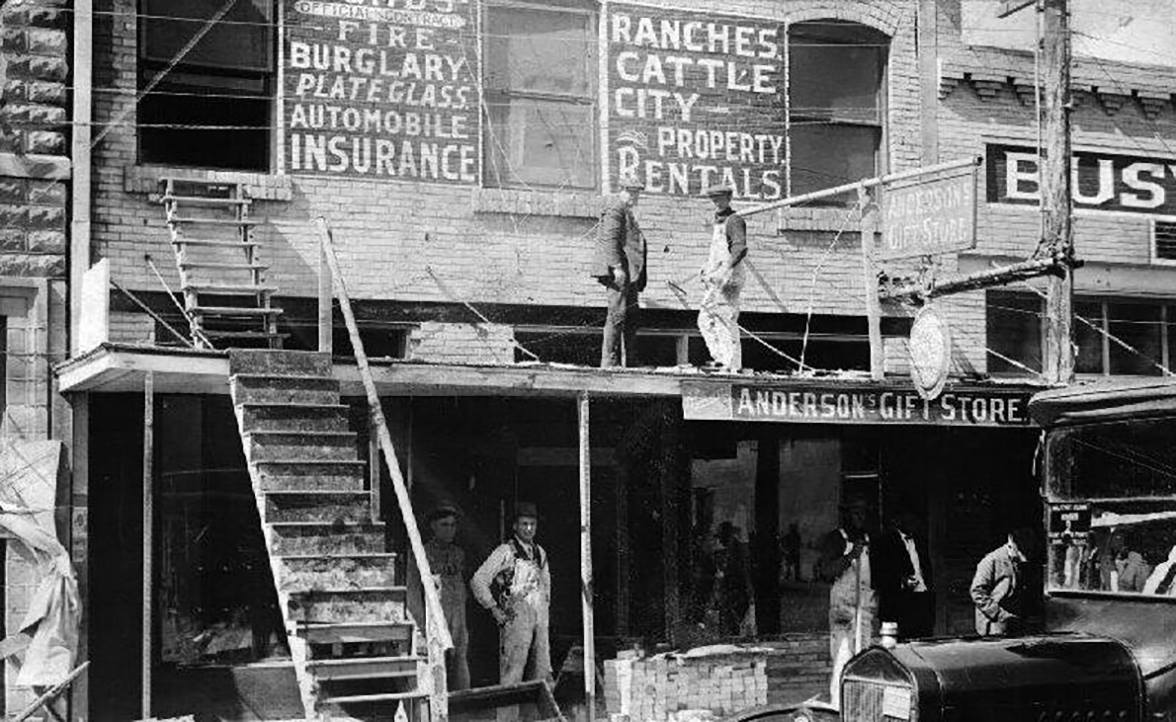 Gail Smith sent in this photograph of her grandfather, W.A. Oatman, rebuilding the Anderson Gift Store after a 1920 fire in downtown Marfa. Oatman is standing on the awning in the white overalls, talking to Mr. Anderson. Oatman had come to Marfa in 1913 and started a construction business. He built buildings all over the Big Bend and many homes in Marfa, Fort Davis, and Alpine.

From a Dallas Morning News article during the time, “A large part of the business district of this town was destroyed early this morning by the fire, which originated in the Williams vulcanizing shop and accessory store and which spread to ten other places of business and residences before the blaze could be halted. The loss is estimated at $30,000, partly covered by insurance.

The fire, which caught Marfa without adequate fire protection, was prevented from wiping out the whole business district and a number of blocks of residences by efficient work of the Fifth Cavalry soldiers, under the command of Colonel Holbrook. After two hours of hard work with a bucket brigade and the Army extinguishers, the fire was halted.”