Have a Holly, Jolly Day Trip! 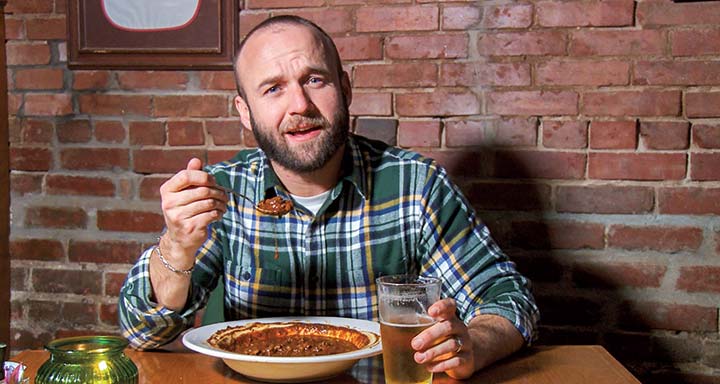 If you’ve ever visited Grapevine in December, then you know why it’s called the Christmas Capital of Texas.” However, year-round this North Texas town keeps a jolly spirit, even without the tinsel and tiny elves. I set off for a summertime adventure to see what happens when Santa leaves town.

8:30 a.m: As they say in France, “le petit déjeuner” is the most important meal of the day. So, I started things off at Main Street Bistro & Bakery, a French/European restaurant serving flavors as big as Texas. The large case of homemade pastries and croissants had me drooling, but even better was my croque madame sandwich with ham, melted Gruyère cheese, and a fried egg on top. Si bon!

9:30 a.m: I walked the entire length of historic Main Street, popping in and out of shops selling everything from books and wine to Christmas ornaments. Most interesting to me was Grapevine’s old Calaboose, a one-room concrete jail cell right in the heart of Main Street.

9:50 a.m: I arrived at the restored Cotton Belt Depot just in time to board the Grapevine Vintage Railroad for a Friday “Fun Train.” The conductor shouted “all aboard” as we piled into 1920s-era coaches pulled by “Vinny,” a 1953 diesel locomotive. “Puffy,” the 1896 steam engine, comes out the first Saturday of most months. The whole train began to shake as we made our way down the tracks, eventually smoothing out for one very comfortable ride. I left wishing I could hire Vinny to chauffeur all my day trips.

11:15 a.m: Next stop was Vetro Glassblowing Studio & Gallery, where I perused a gallery filled with one-of-a-kind creations. In the studio I watched artists handle 2,000-degree molten glass, transforming it from fiery goo into something fit for a dining room centerpiece.

12:00 p.m: I heard the chime of a distant clock tower and found myself on Main Street staring up at Grapevine’s Glockenspiel, which suddenly came to life as animatronic cowboys acted out the story of two men planning to rob the same train. The characters exchanged words and mock gunfire, and left us all with the moral: Crime doesn’t pay.

12:30 a.m: I headed to Tolbert’s for a “bowl of red” chili, made with the recipe of author and namesake Frank X. Tolbert and his son. Tolbert founded the Original Terlingua International Frank X. Tolbert-Wick Fowler Championship Chili Cookoff. Even though it was 100 degrees outside, my pipin’ hot bowl hit the spot.

2:00 a.m: With a name like Grape-vine, you’d expect great wine. And that’s exactly what I found at Cross Timbers Winery, whose tasting room occupies an 1870s homestead. I sampled the tasty reds and whites as the hostess began to tell stories of the house’s past residents, some of whom she believes are still around … in spirit! I politely ordered a full glass and took it outside to enjoy from the ghost-free safety of the patio.

4:00 p.m: Craving more sunshine, I headed to Meadowmere Park on the banks of Lake Grapevine. I rented a kayak and paddled up and down the shore of this urban retreat. [At press time, the park was closed due to high water. Check conditions at www.lake-grapevine.com/meadowmere-park.]

7:00 p.m: For food and entertainment combined, I drove to Texas Star Dinner Theater, home of the Lone Star Murder Mysteries. After a delicious, three-course meal of grilled chicken covered in creamy pesto, the main attraction began as my fellow audience members and I found ourselves in the middle of a Wild West “who dun it” mystery. The jokes and twists kept coming as cowboys and cowgirls accused each other of the heinous crime. While I wasn’t sure who to blame for the murder, I was sure that Grapevine makes for one amazing trip, no matter the season. So whether you follow my footsteps or forge your own path, I hope to see you on the road.