A Bird’s-Eye View of Laguna Madre 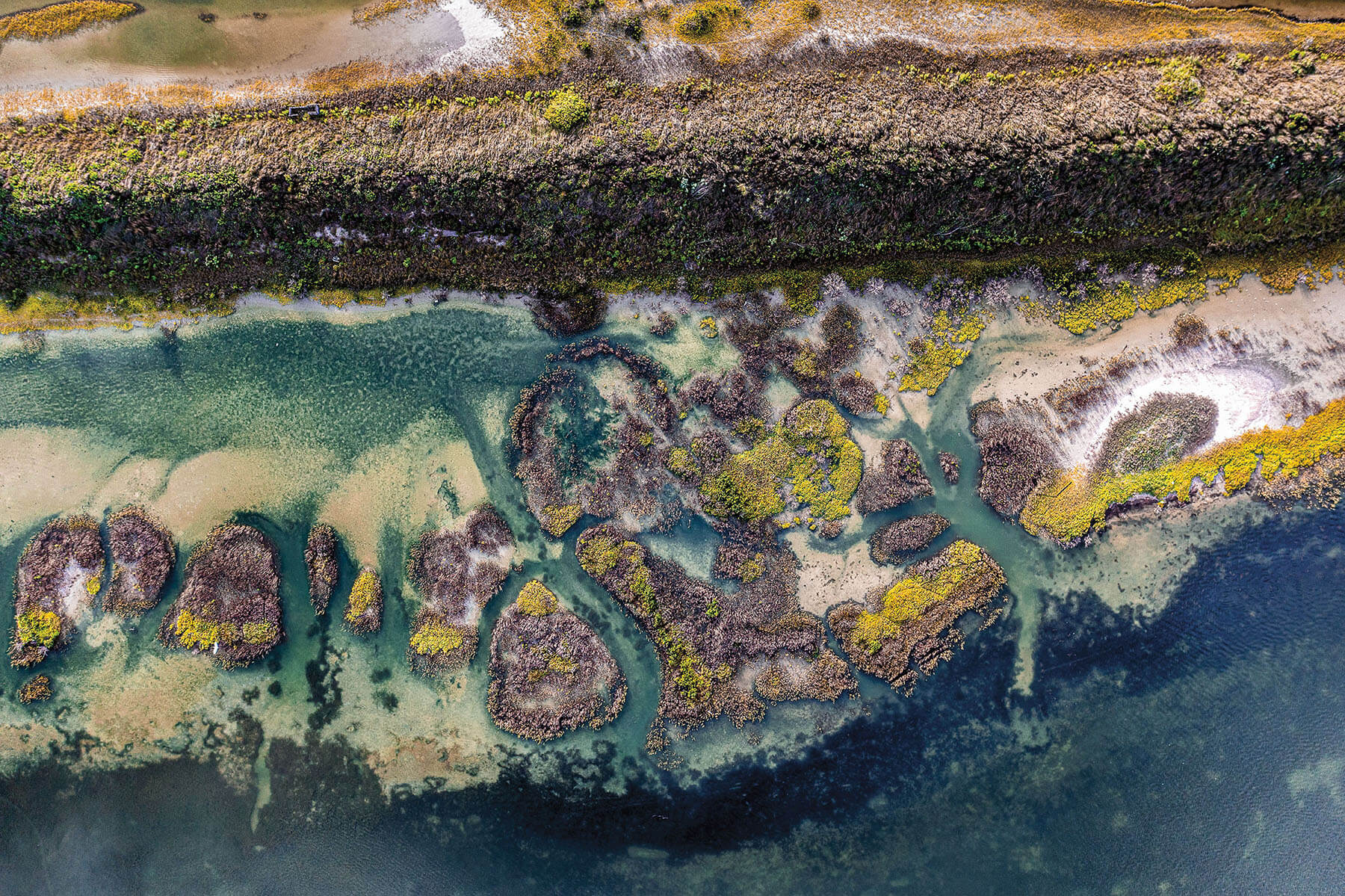 McAllen-based photographer Jason Garza used a drone to capture this aerial photograph of a string of islands in Laguna Madre, the hypersaline lagoon separating North Padre Island from mainland Texas. After pulling off the John F. Kennedy Memorial Causeway—the bridge that links Padre with Corpus Christi—Garza parked at a boat ramp and used his phone to monitor the coastal scenes revealed by his drone’s camera. “When I turned the camera down, I saw birds flying by and a lot of movement in the water from sea life,” Garza said. “As I would lower the drone to get closer, I could see schools of fish and the movement of the water and the plants moving with the tide. There were ecosystems growing around these flats of sand and mud.”