Going Galactic in The Big Bend of West Texas 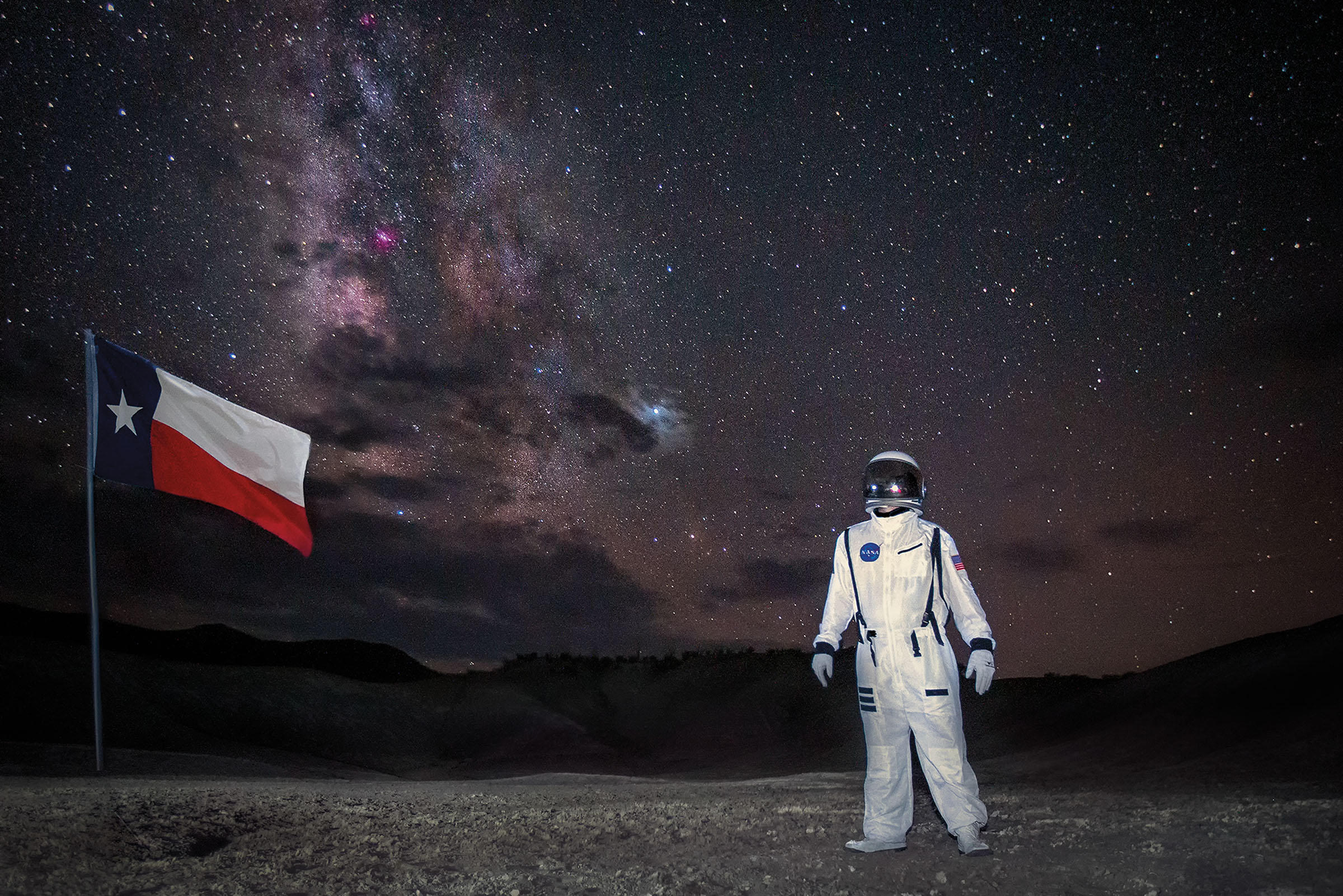 “Nothing beats the night sky over Texas,” says adventure photographer Jason Weingart, who took this space-themed shot a couple of years ago in the Chihuahuan Desert near Big Bend National Park. While teaching an astrophotography workshop, Weingart donned an astronaut costume and pointed the lens at himself. He used a timer connected to his camera to control the shutter and provide a “unique perspective of the landscape and the night sky.” Weingart says the 50th anniversary of the Apollo 11 lunar landing in 2019 inspired the idea for the scene, which is reminiscent of the famous 1969 photo of Edwin “Buzz” Aldrin with the American flag on the moon.