Long before food trucks, chili queens were famous for their late-night street fare 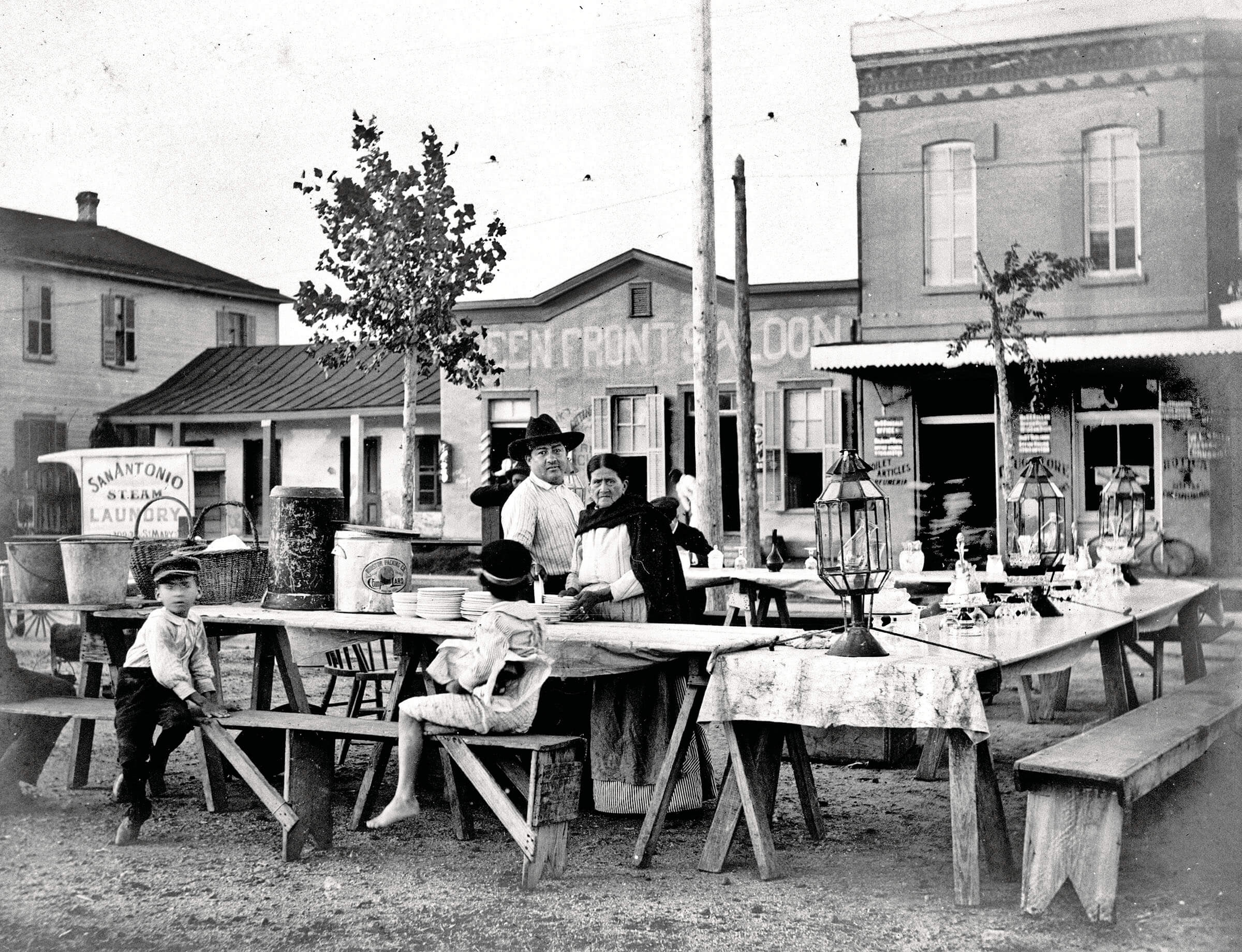 From the 1860s to the late 1930s, food vendors proliferated in San Antonio’s plazas. The mostly female vendors were known as “chili queens” because of the savory fare they served from dusk until dawn. Appearing in the evening after the produce vendors and hay wagons had departed for the day, the chili queens presided over sometimes raucous scenes as boisterous, gossiping customers lined up at long tables illuminated by oil lamps. This image, which was included in a 1904 photo album sold by merchants W.F. Crothers & Co., shows a chili queen with her family in Haymarket Plaza. Located just southwest of today’s Milam Park in the area of Farmers Market Plaza, Haymarket Plaza was displaced in the 1950s by the construction of Interstate 35. Stephen Crane, the famed author of The Red Badge of Courage, visited the Alamo City in 1895 and described a scene of “Mexican vendors with open-air stands [and] food that tastes exactly like pounded fire-brick from Hades—chili con carne, tamales, enchiladas, chili verde, frijoles.” Pounded fire-brick from Hades? Let’s eat!