A Motorcycle Mail Carrier
in the Texas Panhandle, Circa 1912 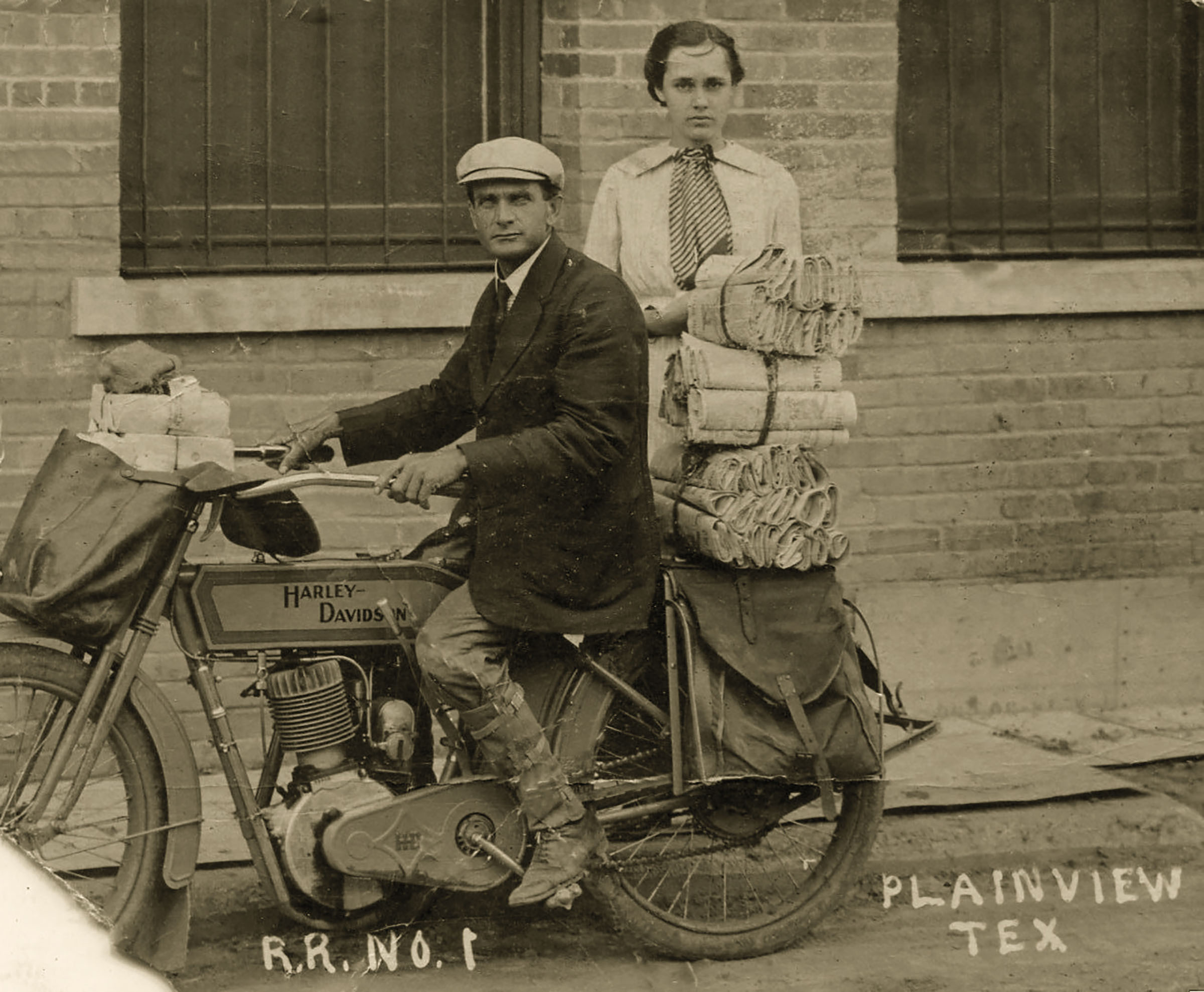 Blessed with good water, soil, and ranchland, the South Plains settlement of Plainview grew rapidly after a post office was established there in 1887. By 1910, the bustling town of 3,000 needed mail carriers to cover delivery routes over the vast rural area. A.J. Chambers, shown here with his trusty Harley-Davidson and a woman believed to be his daughter, answered the call. The post office would wrap letters in newspaper and arrange the bundles according to the carrier’s route. Chambers worked for the post office for years, and we can only imagine what delivering the mail was like when, say, a frigid blue norther blew in. Tragically, Chambers was killed in 1928 when a flash flood swept his car away near Carlsbad, New Mexico, as he a returned from a church retreat.