An April 1943 Day on the San Augustine Square 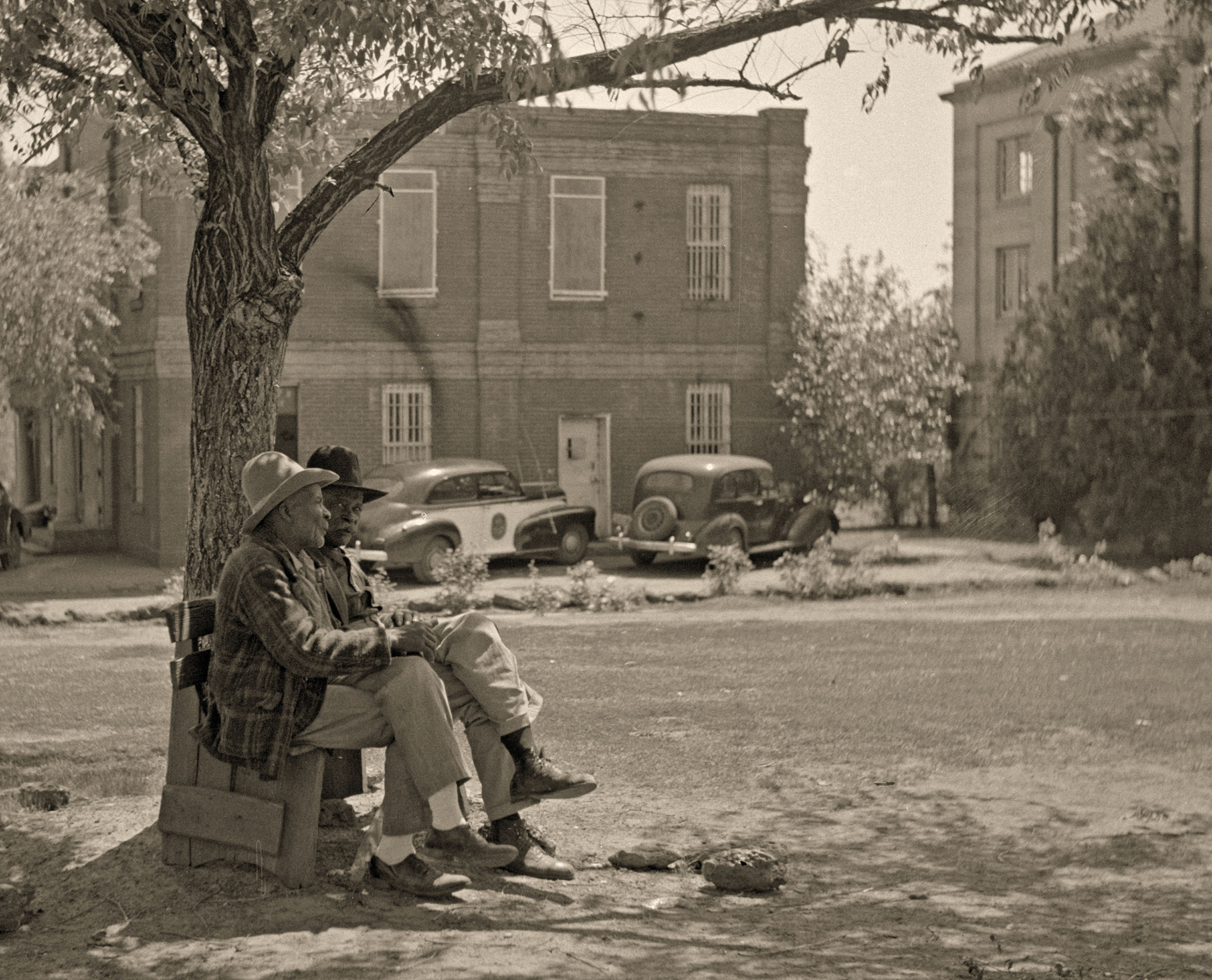 From 1935 to 1944, the Farm Security Administration dispatched photographers across the country to document American life in agricultural and suburban areas. The collection represents a photographic legacy unmatched in American history, capturing the plainspoken rhythms of daily life with grace and intimacy. John Vachon snapped this shot in April 1943 of two men conversing on San Augustine’s historic square. Roughly 10 miles from the Louisiana border, San Augustine is one of Texas’ oldest communities, established as part of Mexico in 1832. Timber, farming, and county government have sustained the town over the decades. These men, unidentified in Vachon’s notes, are sitting in front of the 1919 San Augustine County Jail, which was restored in 2017 as a law enforcement museum and Texana research library. To the right is the 1927 San Augustine County Courthouse, which was restored in 2010