Get Your Chickens! A Vintage Vendor at Weatherford’s First Monday Market

In 1939, photographer Russell Lee visited the sale, which has been around since 1900 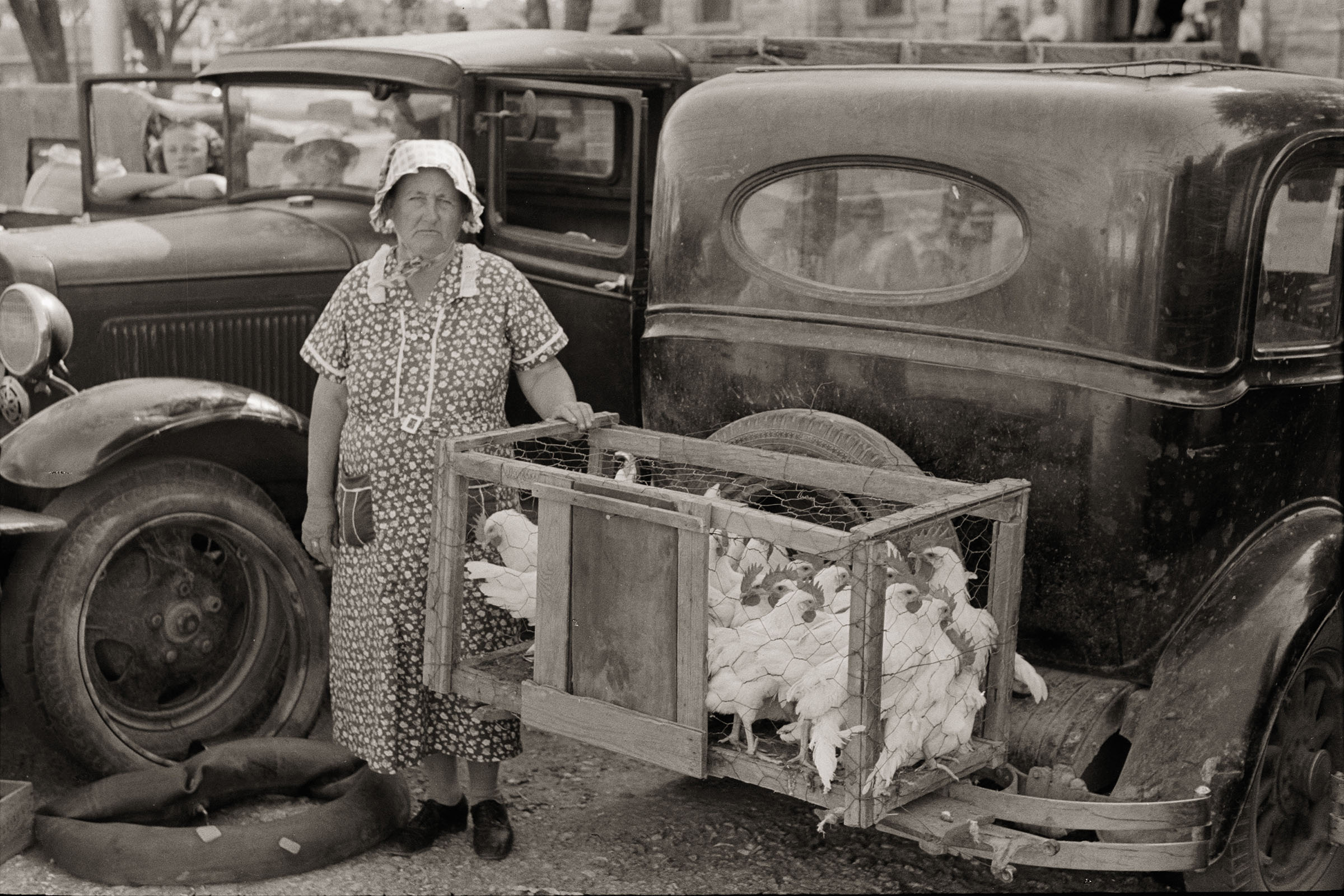 Weatherford’s First Monday Trade Days began in 1900 when merchant A.H. Gernsbacher first advertised “Stray Day” bargains. Vendors gathered monthly at the courthouse square to sell produce, hay, and livestock (stray or otherwise). In 1939, the market caught the attention of photographer Russell Lee, who took this picture of a woman selling chickens as he traveled the country to document the Great Depression for the Farm Security Administration. Stray Day eventually became known as First Monday Trade Days or, more commonly, First Monday. In the 1970s, the market moved from the courthouse square to the old Santa Fe Railroad yard. These days, as many as 8,000 people attend the weekend market, where vendors sell everything from rabbits to artisanal soap to the occasional yak.