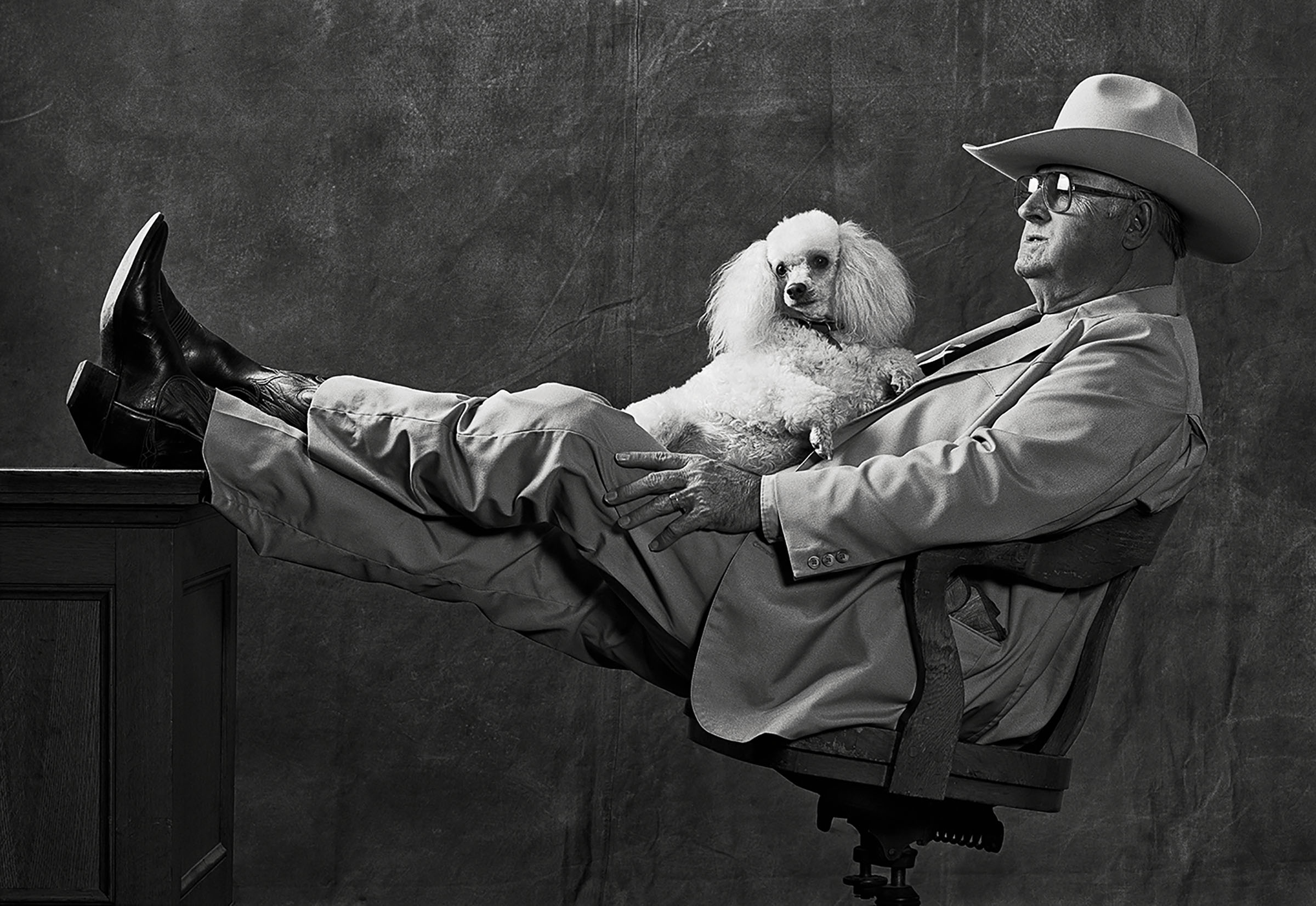 Wearing handmade boots and a Resistol hat, Rufus “Rufe” Jordan was the larger-than-life archetype of a Texas sheriff, a position he held in Gray County for 38 years. Rufe stood a bulky 6-foot-4 and could be tough when the situation demanded it. According to local lore, four inmates once jumped Rufe in the county jail and he whipped all four in less than a minute, no weapons used. But his intimidating appearance was a facade: Rufe was widely known as a soft-spoken, tenderhearted man who would help anybody in need. So, when Dallas-based photographer Kent Barker visited in 1982 to photograph the sheriff in his office, it was no surprise when Rufe’s poodle, Honey, jumped into his lap. After Rufe died in 1991, the Texas Department of Criminal Justice honored his legacy by naming its Pampa prison the Rufe Jordan Unit.