Among the city’s oldest buildings, the legation was built for a French diplomat 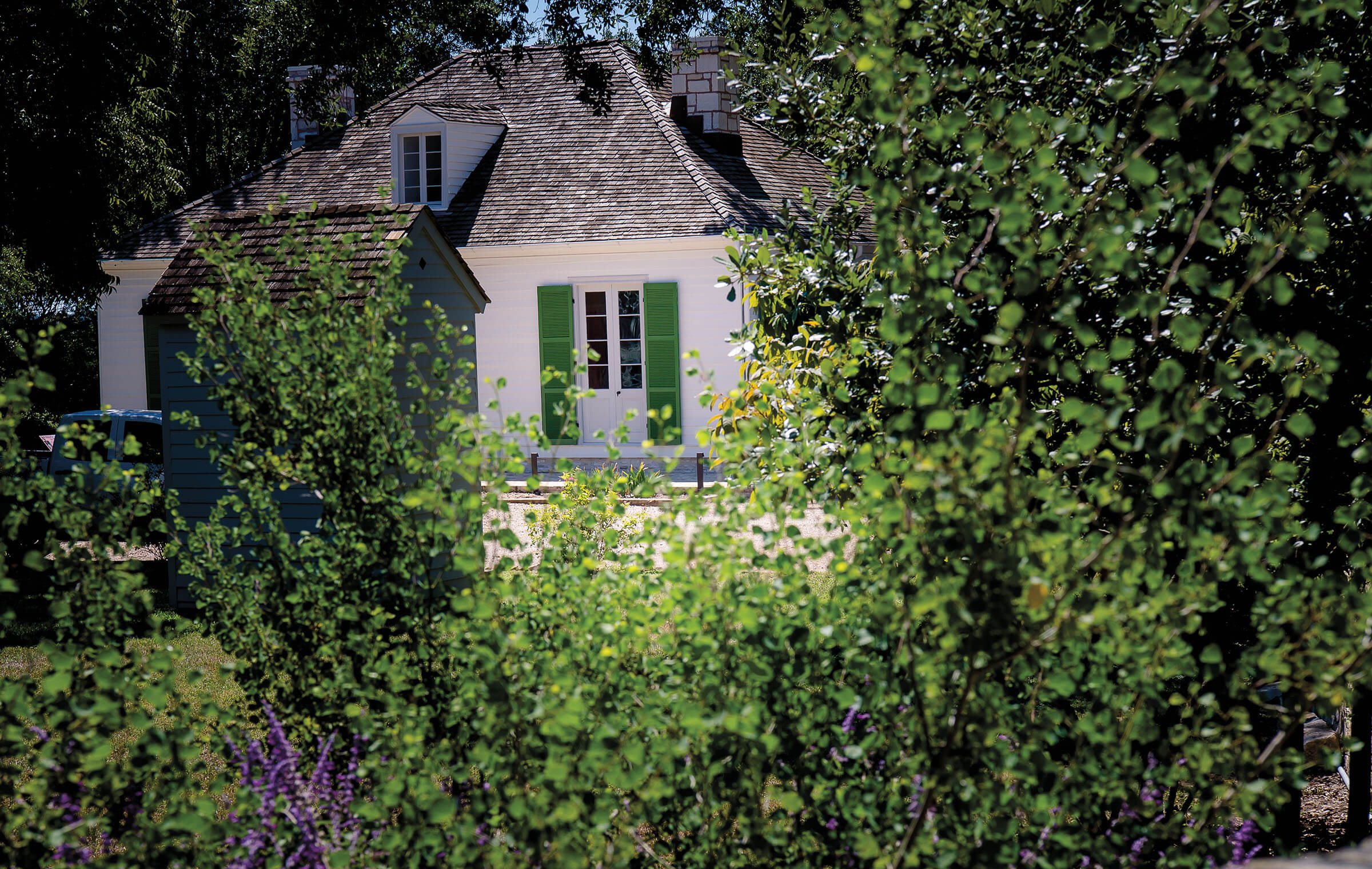 The Texas Historical Commission recently completed a restoration of the French Legation, which was commissioned by a French diplomat in 1840.

As capitals go, Austin was built fast and on the cheap.

Republic of Texas President Mirabeau Lamar, upon taking office in December 1838, was eager to undo the work of his predecessor and political enemy, Sam Houston. After changing the republic’s flag and seal from those designed by Houston, Lamar also orchestrated moving the capital out of the city named for Houston. In quick succession, he selected a village called Waterloo on the Colorado River, renamed it Austin, laid out a new city, constructed essential log buildings, and transferred the government—all before the end of his first year in office.

The buildings were shoddy; even Lamar’s two-story President’s House was built of green lumber and began to pull apart as the boards dried. Here the frontier was still raw. Citizens who strayed beyond the town limits were at risk of Comanche attacks. A cannon was kept loaded and primed on Congress Avenue to raise an alarm in case of a raid.

With its status as the newly minted Republic of Texas capital, Austin was also the required posting for a small diplomatic corps. Jean Pierre Isidore Alphonse Dubois arrived in January 1840 as France’s chargé d’affaires—a diplomatic representative for nations that didn’t merit an ambassador. Dubois took up a brief residence in Richard Bullock’s hotel at Congress Avenue and Pecan Street, but the bare-bones conditions horrified him. He was a man of cultured taste, and so he bought a 21-acre site just east of town and commissioned a 1½-story residence, including a suitable wine cellar, to serve as the French Legation and home for himself; his butler, Eugene Pluyette; and his chef, Charles Baudouin.

Dubois didn’t last long in Texas, but his solidly built residence, completed in 1841, stands to this day in East Austin. Managed by the Texas Historical Commission, the French Legation State Historic Site is one of Austin’s oldest surviving houses on its original site. In November 2020, the commission completed a yearlong, $2 million restoration of the property, followed by a grand reopening in October.

“The whole reason the house is here is France was trying to assist Texas in retaining its independence,” says Cynthia Evans, the former site manager. “The house is a testament to both France and Texas working toward that goal, but unfortunately, Dubois ended up leaving Austin pretty early.”

Dubois hired Thomas William Ward, chief clerk of the House of Representatives, to design and construct the French Legation. Ward also built the much larger Texas Capitol in Houston—a structure that is long gone. He designed the residence in the French Creole style with just a dash of Greek Revival, including a columned veranda in front of the house and two rooms on either side of a broad hall. Steep narrow stairs followed the roof line up to an attic probably intended for Pluyette and Baudouin to share. 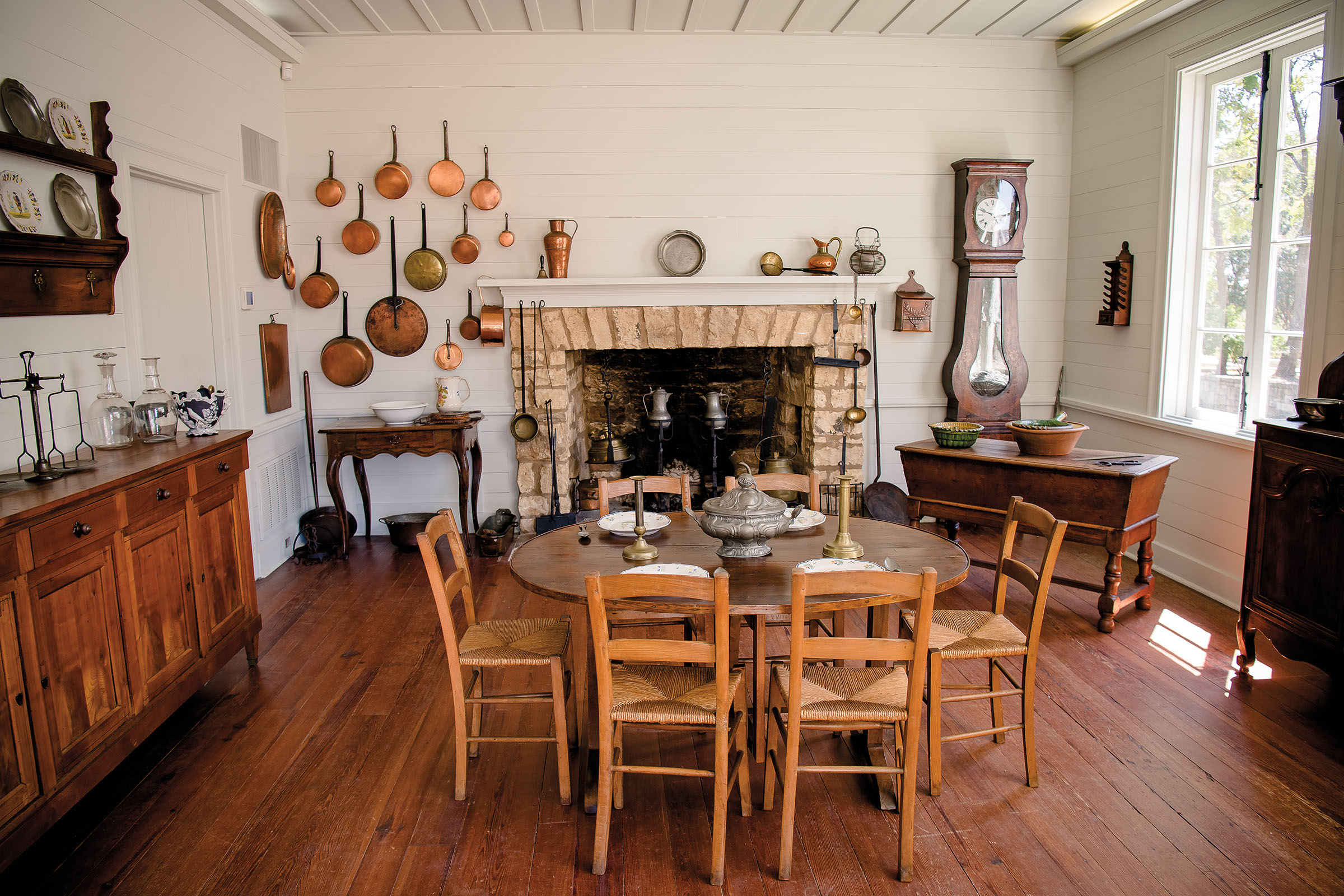 While waiting on his house to be finished, Dubois moved out of Bullock’s hotel and rented a place further west on Pecan Street. He was 32, and from his previous postings in Germany, Greece, and the U.S., he already had the reputation of an enfant terrible of the French foreign service, egotistical and pushy. In Texas, he began styling himself as the Count of Saligny, although he was, in fact, not part of the French nobility.

In Austin, Dubois promoted an ambitious French colonization scheme on the young nation’s western frontier that would have recruited 8,000 French families and built 20 new forts, housing 10,000 French troops, to protect the settlers. Texas’ own military was less than one-tenth that size. The Texas Congress smelled a scheme to take control of the whole country and turned it down flat.

Dubois also proved to be a deadbeat tenant, refusing to pay what he said was an inflated bill from Bullock’s hotel. Around Austin, residents jokingly called him the “No-Account de Saligny.” Worse still was the so-called Pig War. Hogs belonging to Bullock found their way into Dubois’ rented house and chowed down on his bed linens and official papers. Dubois ordered Pluyette to kill the offending pigs and Baudouin to cook them for dinner.

Bullock confronted Dubois and bloodied his nose, which Dubois decried as an assault upon the dignity of France and a crime above the authority of the local sheriff. Eventually Texas Secretary of State James Mayfield returned his passport, and Dubois stormed out of town in April 1841, having never spent a night in the French Legation. He moved to New Orleans, where he found the French culture more to his liking, and began conducting his Texas diplomatic duties from afar.

Before his departure, Dubois sold the French Legation house to Jean-Marie Odin, a papal emissary who later became bishop of Galveston. Odin had hoped to open a parochial school in the building, but he ended up selling it to Moseley Baker, a revolutionary firebrand who served in the Republic of Texas Congress. A short time later Baker passed it on to local doctor Joseph Robertson, whose family occupied the residence for some nine decades. Robertson expanded the house with an attached kitchen and bathroom to accommodate his wife, Lydia Lee, and their 10 children, with nine enslaved persons living on the grounds.

Over time Robertson sold off most of the original 21 acres in small parcels, and the neighborhood that grew around “Robertson Hill” became one of the most diverse in the city during the late 1800s and early 1900s. “There were not just African Americans and Mexican Americans in the area, but Italians, Germans, Irish, Swedes, Lebanese, and Anglos,” Evans says.

Though it was their family home, the Robertsons honored the house’s history, including occasional public tours of the home, referring to it as the “old French embassy.” At the urging of the Daughters of the Republic of Texas, the state acquired the house in 1949 and transferred management to the Daughters. The group set about removing the Robertson additions, restoring the building to its original appearance, and opening it as a house museum in 1956. Over the following six decades, the neighborhood grew around the historic site, Interstate 35 sliced through town less than 600 feet away, and apartments sprouted on adjacent lots. In 2017, with the building in need of repair, the state transferred the property to the Texas Historical Commission. The commission’s ensuing project included restoring the original doors and floors, reproducing the original windows, and updating the utility infrastructure.

The Rebirth of the French Legation

With its grand reopening this fall, the French Legation State Historic Site aims to expand from being a historical artifact to a community gathering place rooted in Austin’s earliest history.

The Texas Historical Commission recently completed a restoration of the 1841 house and added the French Legation Café, which serves a menu of coffee and grab-and-go breakfast and lunch foods. Along with guided and self-guided tours, the legation also hosts rotating exhibits inside the historic house and various programs on the grounds. This includes the house’s traditional Bastille Day celebration in July; the long-standing pétanque club that plays a French version of lawn bowling; and a lawn for lectures, author readings, and small concerts.

“Our goal is to integrate the legation into the life of the surrounding community, which is still one of Austin’s most diverse,” says Kyle Walker, an outreach specialist with the historical commission. “The pétanque club has been competing on the grounds for more than 20 years. We envision the house becoming gallery space to show the work of local artists.”

The new concept is a departure from the property’s past as a static “house museum” and has struck a chord in the community. “We have been getting a stream of people from the condo development next door offering to volunteer, which is great,” Walker says.

Dubois, no doubt, would be thrilled with the care and attention devoted to the home he conceived. Though he never got to live in what was once Austin’s finest house, you could say he got the last laugh. As Dubois carried out his diplomatic duties from New Orleans, Texas was flirting with bankruptcy thanks to Lamar’s schemes to relocate the capital, annex New Mexico, and wage war against the native tribes. The republic sought a $5 million loan from France, but the finance minister was Dubois’ brother-in-law—and the deal never happened. That helped push Texas to seek annexation to the United States—Houston’s dream and Lamar’s dread.