The Old Nighthawk No. 2 in Austin

Once a local institution, the Night Hawk is now a nostalgic capital city memory 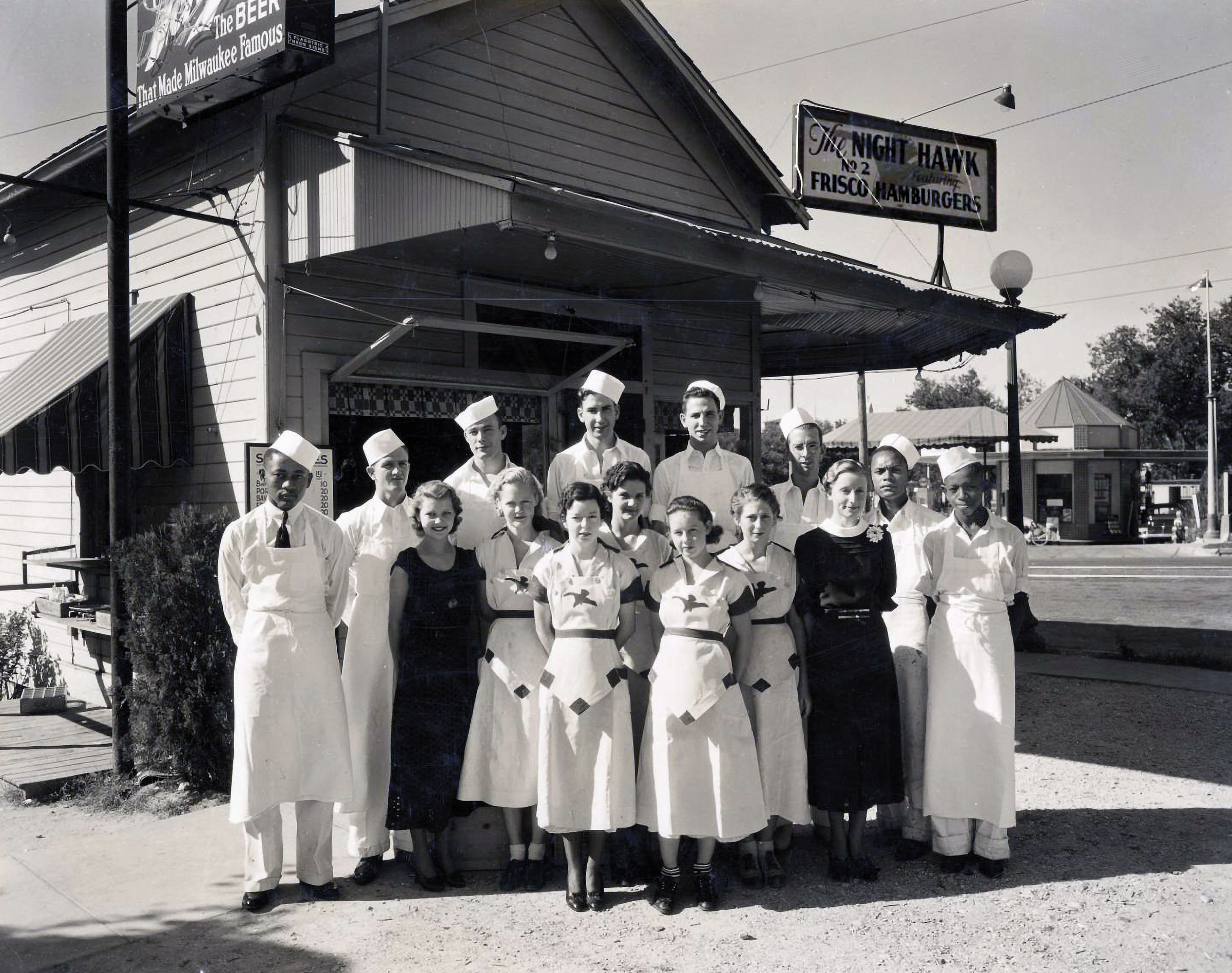 The Great Depression hit Austin hard. Unable to find a job, 29-year-old Harry Akin went into business for himself, opening a burger joint at the corner of Congress Avenue and Riverside Drive in 1932. He named his restaurant Night Hawk because it stayed open late. Set in an old fruit stand just south of downtown, the original Night Hawk had two booths and a counter with eight stools. Burgers cost 15 cents. The next year, Akin paid $100 for the small café shown in this photo (pictured are staff members, not Akin). Located at 1907 Guadalupe St., Night Hawk No. 2 was a hit with the University of Texas crowd. In time, the Night Hawk chain grew to include seven restaurants, with locations in San Antonio and Houston. Akin, who served as mayor of Austin from 1967 to ’69, was known as a firm but fair boss who hired and promoted Black and women employees, and worked to desegregate restaurants in the 1960s. Akin died in 1976, and the last Night Hawk—known as “The Frisco, a Nighthawk Restaurant,” on Austin’s Burnet Road—closed in 2018. But you can still find Night Hawk TV dinners, a spinoff of the restaurant business, at grocery stores throughout Texas.