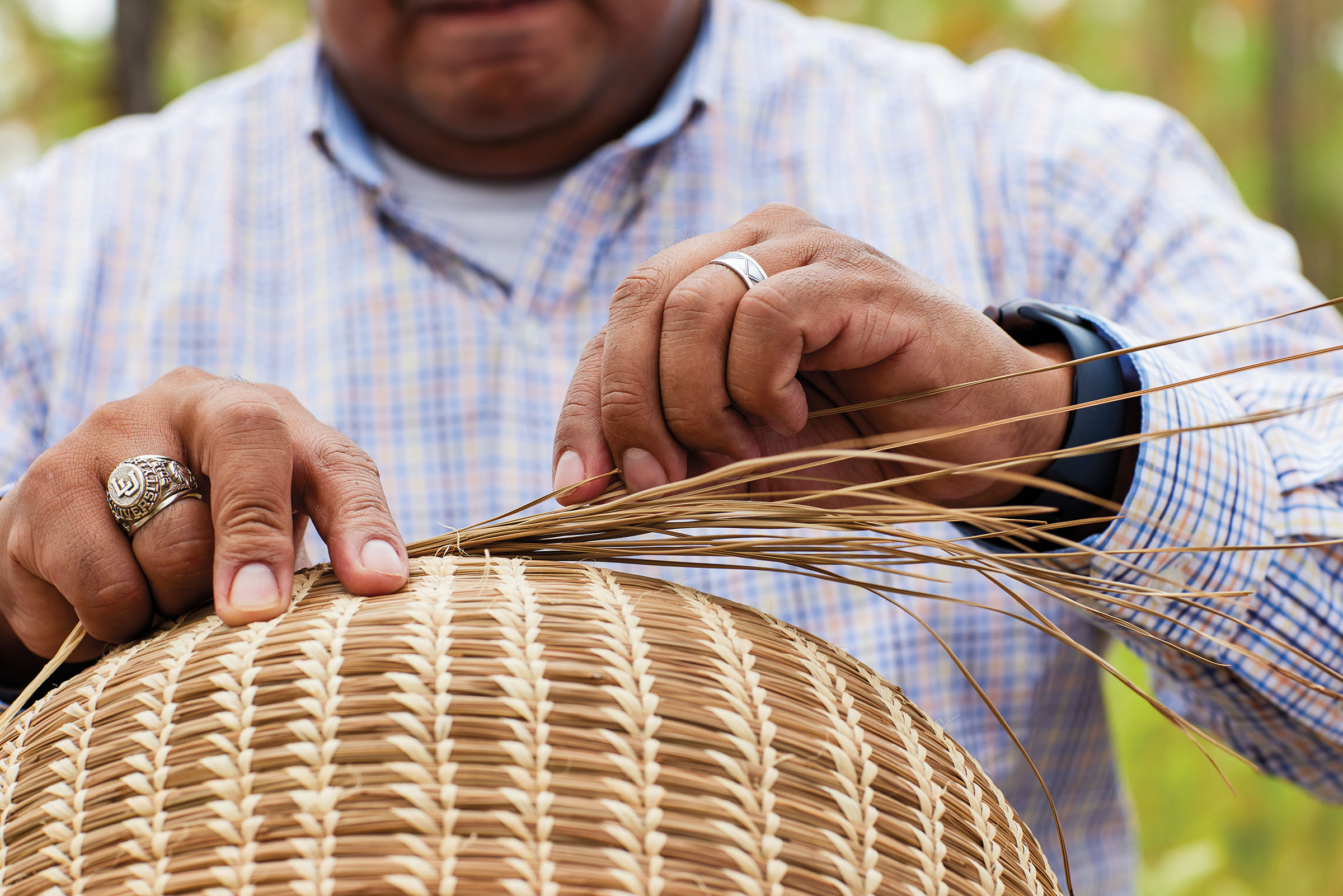 Sometimes while crafting a pine needle basket, Elliott Abbey is transported to the past: He recalls his aunts sending him into the forests of East Texas to collect pinecones and longleaf needles for their projects. They taught him how to tightly wrap raffia around bunches of needles to form sturdy containers. He often thinks back to the generations before them who did the same. Abbey, who grew up in Livingston and is a member of the Coushatta Tribe of Louisiana and the Kawaknasi (Wildcat) clan, now utilizes the same techniques.

“It’s really important for me to preserve those methods,” says Abbey, who works as the real estate director for the Alabama-Coushatta Tribe of Texas. “We still try to get out and use plants and flowers to dye the material. Nothing has ever changed.”

That includes the emotional side of the craft. Basket-making calls for a positive and mindful headspace. According to Abbey’s tradition, the energy that goes into making the basket affects the energy of the basket once it reaches its recipient.

Though baskets were traditionally used to carry foraged plants and other small items, they are now mostly decorative. Their intricate designs often feature patterns, adornments like pinecones and flower petals, and multiple colors—achieved by drying the needles for different lengths of time and utilizing native plants to dye the raffia.

Abbey says there are now only a handful of Alabama-Coushatta members who make baskets regularly. He teaches classes to tribal members to pass on the tradition, just as his aunts taught him. “We’ve had several students in each class and one who would pick it up,” he says. “Basket-making is one of those things you have to have patience for. With every basket you learn something different.” 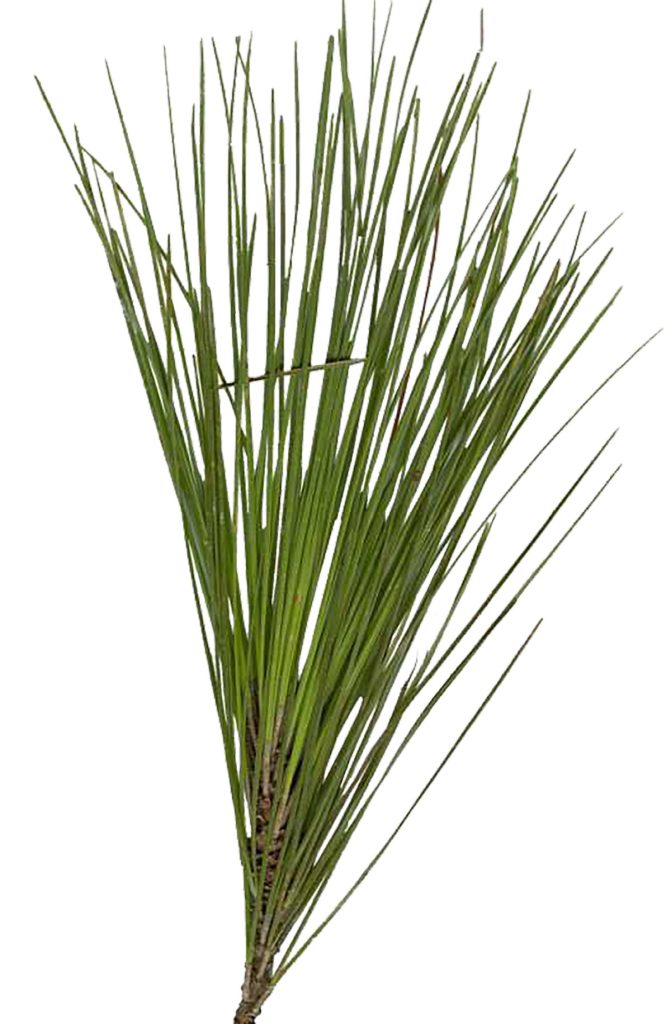 Basket-making has been a tradition for the Alabama and Coushatta tribes for over 300 years. The process begins by harvesting longleaf pine needles without harming the trees. Though the tribe harvests the needles sustainably, other factors, including fire suppression policies, caused the loss of over 95% of longleaf forests, according to the Nature Conservancy. The tribe and environmental organizations are working to restore the pines through prescribed burns; while it may seem counterintuitive, longleaf pines depend on fire to thrive. The burns eliminate competitive trees that vie with longleaf pines and native plants for resources.
nature.org/texas

Acreage of the Alabama-Coushatta Reservation

Number of pine needles used to make a 4-inch basket

Maximum height, in feet, of a longleaf pine tree 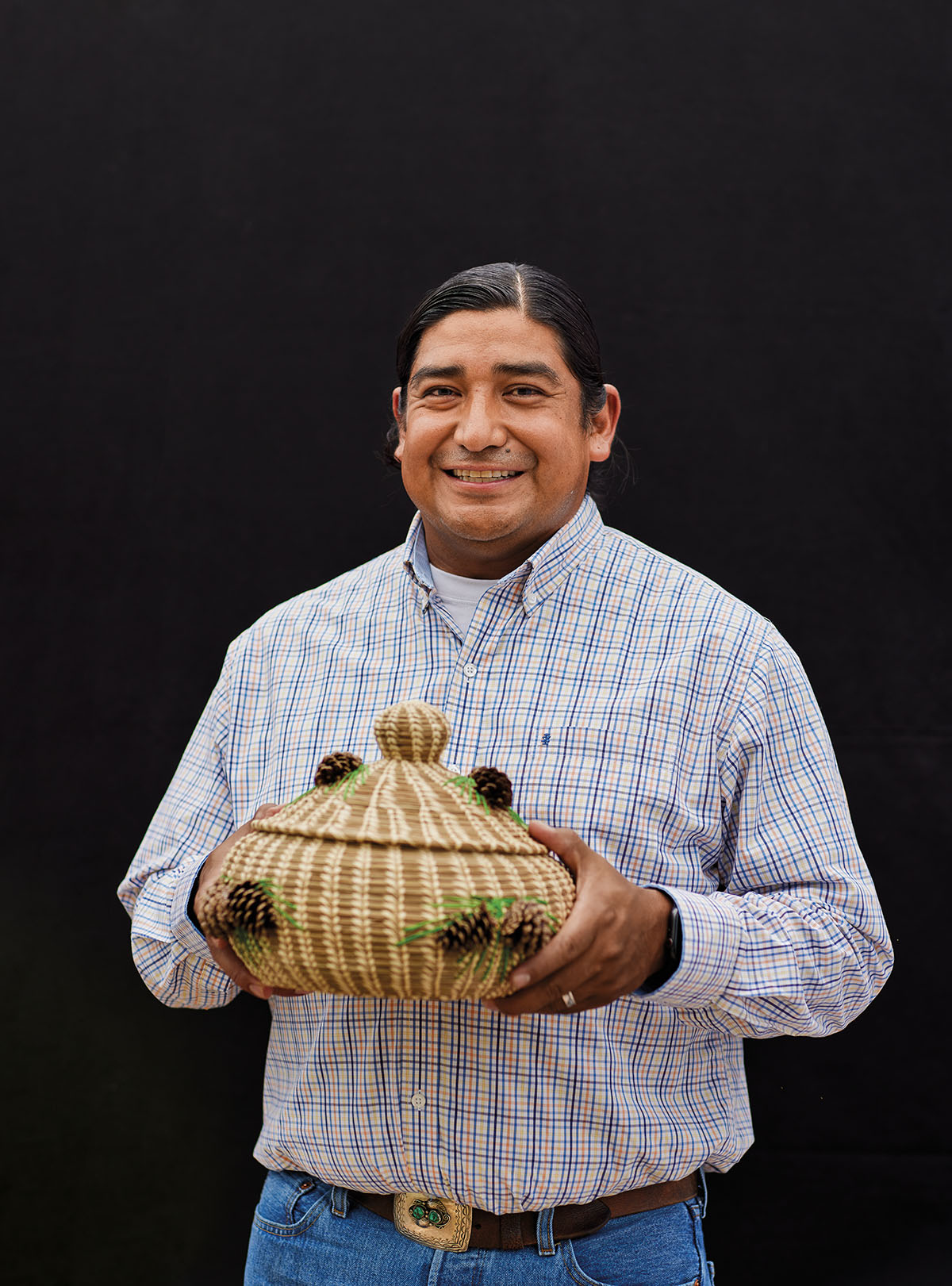 Visit Lake Tombigbee Campground, located on the Alabama-Coushatta Reservation in Livingston, for a camping trip in the pines. The grounds offer cabins starting at $55, RV spots starting at $40, and tent campsites starting at $20. Grab essentials at the on-site store and fish in the fully stocked lake. alabama-coushatta.com