In a rocking Texas tour, Bingham detoured to Alpine to play a club that welcomed him in his early days. 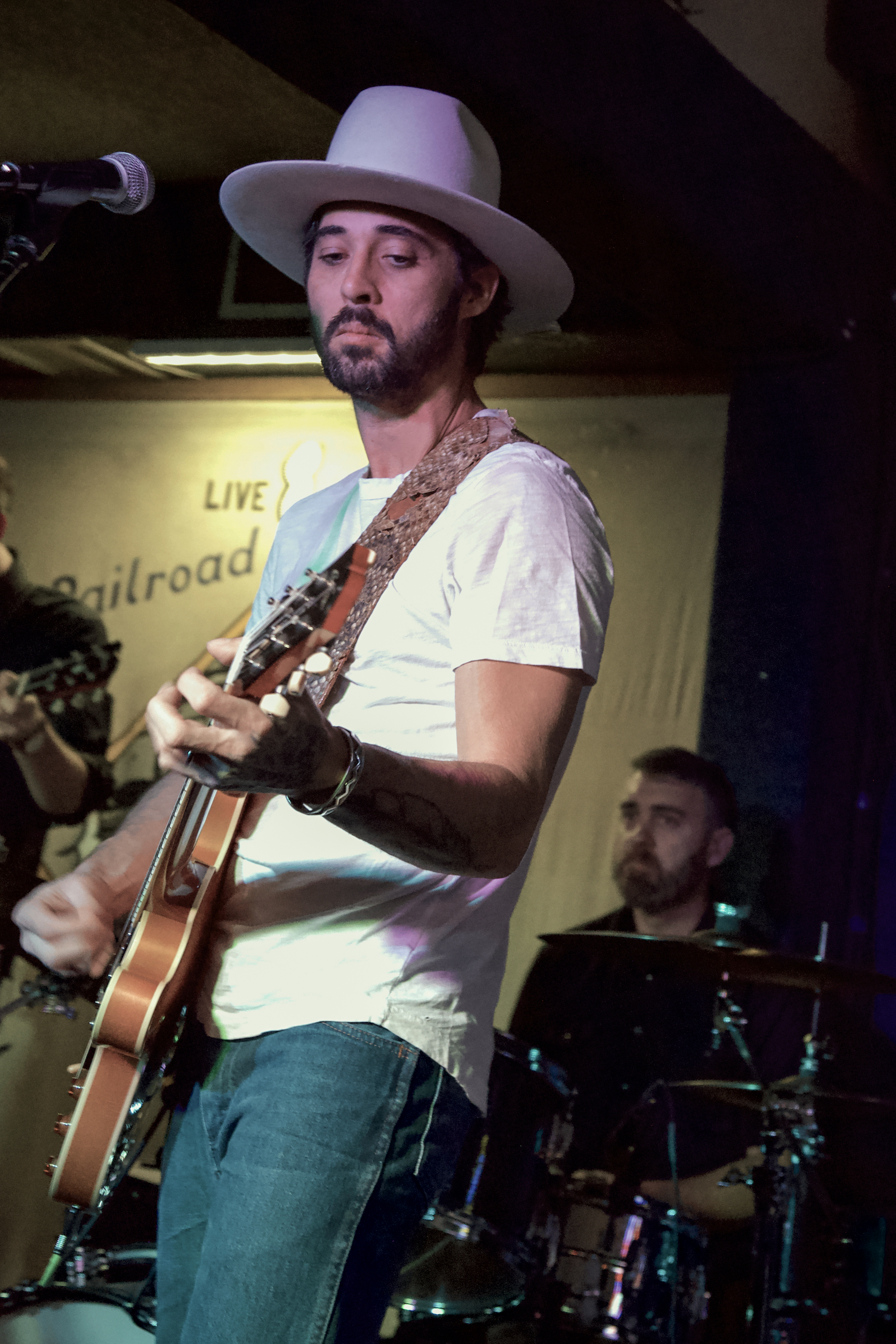 A theme of several of singer-songwriter Ryan Bingham’s songs is that you can’t truly escape your past. In the case of Bingham’s bond with Railroad Blues, an out-of-the-way live music club in Alpine, those memories are a positive anchor for a career that’s spanned six albums and a Grammy Award.

The Texas-raised troubadour headed to West Texas recently to play a sold-out show for about 200 in the small club. It was a significant detour for Bingham and the band, which in the November week leading up to the show had played for more than 4,000 fans in Dallas, 2,000 in Austin, and 1,500 in San Antonio.

“When our band was starting out in Austin (circa 2006), we were always broke, and times were hard,” Bingham told the “Ry-hards” in Alpine. “But Railroad Blues was a special place to play. It’s so good to be back.”

Bingham fell into Alpine’s embrace like the 24-year-old packing up his guitar at the end of a wild night in 2005, thinking that maybe this music thing might work out. Located on the main drag, Holland Avenue, Railroad Blues opened in 1983 and has hosted acts ranging from Asleep at the Wheel to Canned Heat. The club is always a hotspot during the annual Viva Big Bend music fest.

Bingham and his four-piece band, plus two backup singers, played for over two hours, mixing songs from 2019’s American Love Songwith signature tunes “Southside of Heaven,” “Sunrise,” and “Bread and Water” from the 2007 debut Mescalito. They also played material from the four studio albums in-between on this satisfying career-spanning set.

Then, after the band left the stage, Bingham came out alone and played a relaxed 25-minute solo set where he spoke as many words as he sang. Introducing “Big Country Sky,” Bingham said, “Most folks think I wrote it about Montana, but I wrote it about right here.”

It’s a song he penned before his major label record deal, before his 2010 Oscar for Crazy Heart’s theme song “The Weary Kind” and he rarely, if ever, plays it live. But the crowd knew it better than Bingham, and when he stumbled over a lyric, they took over. “It’s just another sacred sky/ Make you wanna grow wings and fly/ Then never touch down/ Be a certified member of the lost and never found.”

On his 2019 tour, Bingham and band set out to give fans their money’s worth. At Alpine, they gave them what money can’t buy.

Bingham, who now lives in Los Angeles, is on a tour that takes him next to Europe. But he’ll be back in Texas this September for The Western Music Festival in Luckenbach, which he produces with his wife, Anna Axter. The couple put on the inaugural edition of the festival this past April, but have decided to hold the 2020 edition in September because of cold weather in April.

“The first night, with the campfire shows, the weather was perfect,” Bingham said. “Then, the next day everybody froze their (rear ends) off.”