Once a cavalry base, Southwest Texas’ Fort Clark became a retirement resort community in the 1970s 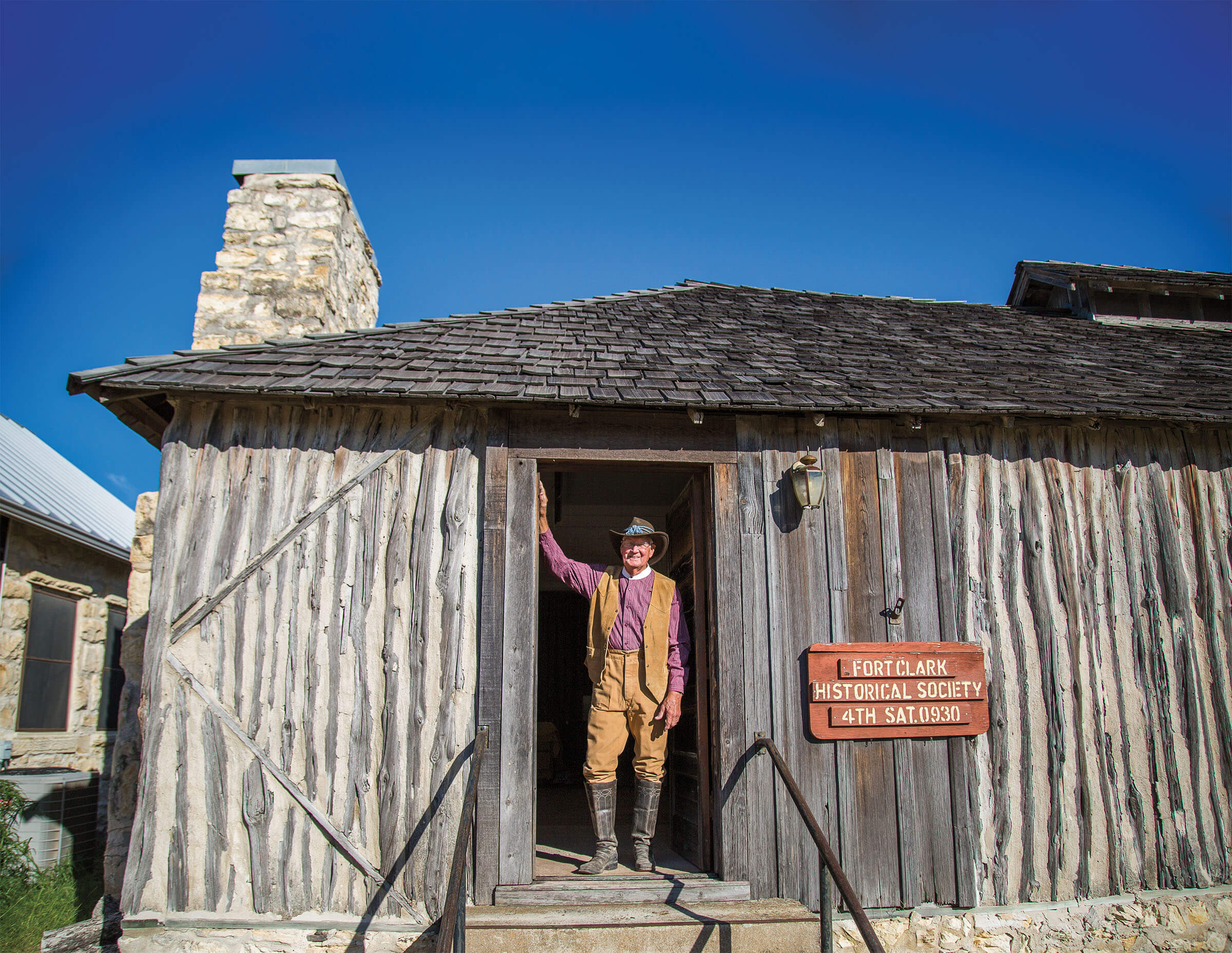 When an Army expedition came across Las Moras Spring in 1849, they knew they’d found an ideal spot for a military post. The spring, located about 23 miles northeast of the Rio Grande, had been a strategic water source for the Apaches and Comanches before the U.S. Army built Fort Clark on the site in 1852 to protect the border and the wagon road to El Paso. Fort Clark also drew settlers, and neighboring Brackettville—named for Oscar Brackett, who owned the first general store—thrived as a frontier way station. Factors including the mechanization of the cavalry led the Army to close Fort Clark in 1946, a blow to Brackettville’s economy. Twenty-five years later, in 1971, a developer purchased the 2,700-acre fort and transformed it into a retirement resort. Fort Clark Springs took shape among the barracks and officers’ quarters with houses, a hotel, spring-fed swimming pool, 18-hole golf course, RV park, and nature trails. Russell Nowell and his wife, Patti, moved to Fort Clark 16 years ago from Bellville, attracted by the solitude and proximity to nearby family. Now semiretired, Russell volunteers as president of the Fort Clark Historical Society and curator of the Old Guardhouse Museum.

“Brackettville started out being called Las Moras because of the springs named by the early travelers here. Las moras is Spanish for mulberries. There still are a lot of mulberries along the creek. You can eat them.”

“The water comes out of the springs into the pool, then to Las Moras Creek. It runs into the Rio Grande down at Quemado. The temperature is always 68 degrees. It’s open to the public. Winter Texans just jump right in it. There are some ladies who meet every morning down there for water aerobics. On holiday weekends, it’ll be crowded.”

From Here to San Diego

“The Kinney County Heritage Museum in Brackettville is in the Filippone Building. Stonemason Giovanni Filippone built it in 1885. The ground floor was a store, and the family lived upstairs. The store was right on the stagecoach road, where they could fleece the traveler. This is called El Paso Street because it’s on the road to El Paso. The stage would come through on its way to San Diego. Unbelievable. It’s just hard to fathom that.”

“When Fort Clark closed, the bottom of the economy here fell out. That’s when Happy Shahan came up with the idea for promoting movies in this area. He was the mayor of Brackettville, and he owned land out there where Alamo Village was built [10 miles north of town]. John Wayne got together with him to build it. There’ve been several movies made here, the most popular one being [the 1960 Wayne film] The Alamo.”

“Come winter, Fort Clark will fill up with Winter Texans from places like Minnesota, Illinois, and Canada. They’ll start coming in late October. We really like to see them come because we’ll have lots of volunteers—they’ll be trimming trees and painting benches, doing all kinds of things. They don’t want to just sit. It works out well.”

“The museum was the original guardhouse built in 1874. It was the jail. The large cell was the holding cell for when the soldiers went over to Brackettville to the saloons and were a bit intoxicated. They would be sobered up for morning duty. Now, if serious charges were brought against one of them, they’d be transferred to Fort Sam [Houston] in San Antonio for court martial.”

“The scouts were descendants of the Seminole Indians in Florida and runaway slaves. The Army recruited them as scouts because of their excellence at being trackers and horsemen. They had land designated at Fort Clark, called the Camp, where there were about 23 or 24 homesteads. They lived there from 1872 to 1914, when they were disbanded. Every September, they usually have upward of 200 descendants come to Brackettville to attend the Seminole Day Celebration. A lot of the descendants have roots here at Fort Clark.”