My Hometown: A True-Blue Rangerette Explains Why There’s More to Kilgore Than Oil and the Drill Team 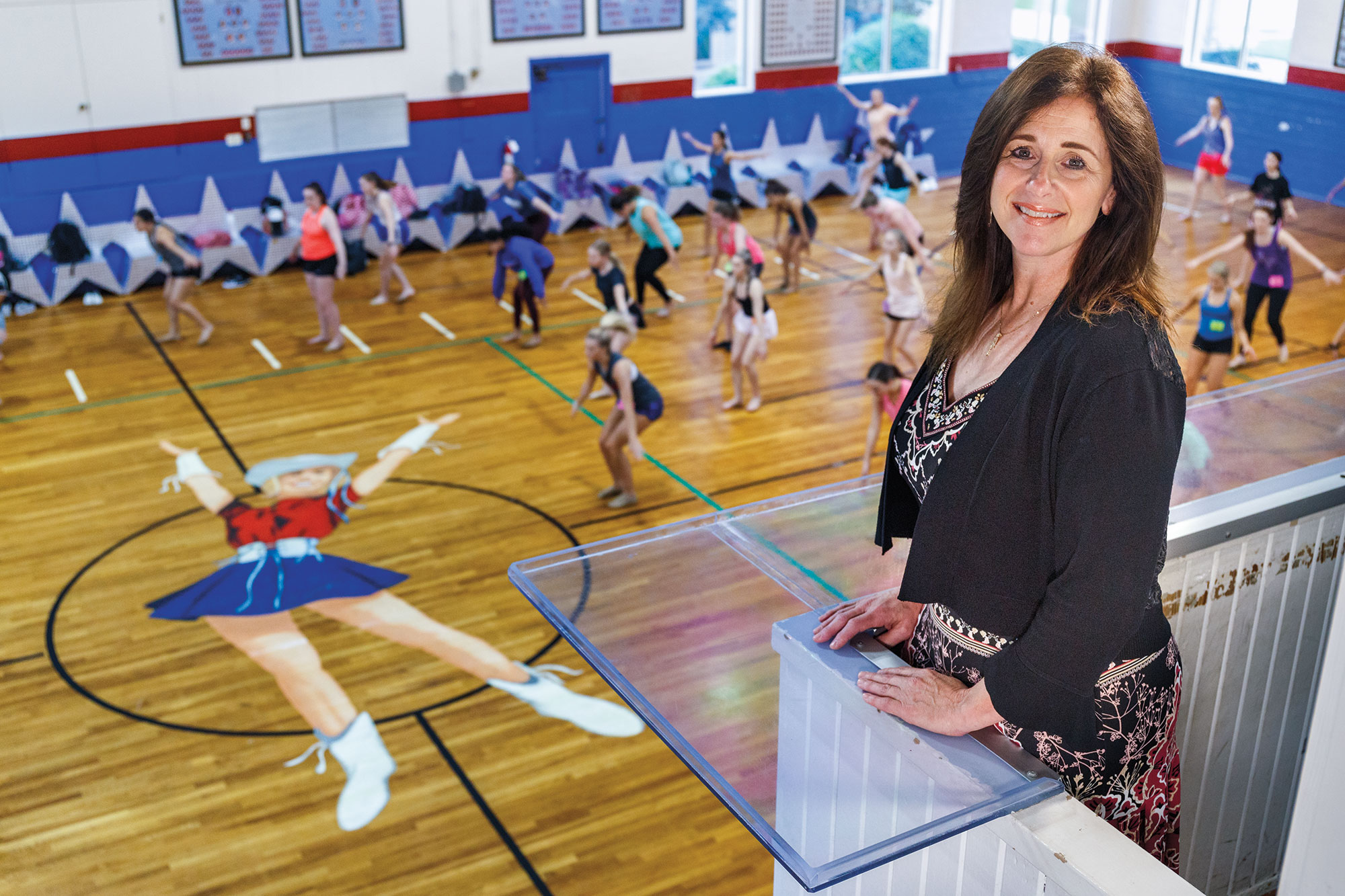 “People automatically associate Kilgore with oil and Rangerettes,” says Shelley Wayne, who should know. Wayne’s husband works in the petrochemical business, her daughter was a Rangerette, and Wayne herself was a member of Kilgore College’s world-famous drill team before becoming its choreographer. But she adds, “There is much more to this town.” Founded in 1872 by the International-Great Northern Railroad, Kilgore changed dramatically with the discovery of oil in 1930. Derricks soon crowded downtown, comprising the “World’s Richest Acre”—today a collection of restored derricks along a manicured downtown strip. Kilgore College opened in 1935, and in 1940, the newly formed Rangerettes took the field at halftime of Kilgore Rangers’ football games, establishing a precedent for drill teams and precision line dancing. After serving as captain of her high school drill team, Wayne arrived as a freshman in 1985. “Everything I am as a professional was shaped by my being here,” she says.

“When I was in high school in Houston, I kept hearing about the Kilgore Rangerettes. My drill team director handed me several college brochures and pointed to the one for Kilgore. ‘This is where you belong,’ she said. I just completed my 26th year as the assistant director and choreographer.”

“Our founder, Gussie Nell Davis, was trained as a pianist. In the late 1930s, Miss Davis was sought out by Kilgore College President B.E. Masters, who told her, ‘I want something to keep people in their seats at halftime of football games.’ What Miss Davis created was precision dance, now a worldwide phenomenon. In the past two summers, we’ve been invited to Switzerland and Italy for performances. Our history is on display at the Rangerette Museum on campus.”

“Kilgore College is not just the Rangerettes—absolutely not. Our photo journalism department is top notch, led for years by O. Rufus Lovett. Raymond Caldwell was director of the Fine Arts Division when he founded the Texas Shakespeare Festival, which has the only professional theater company in East Texas. Our football team has won the national junior college championship twice, and Evelyn Blalock coached women’s basketball for 20 years, winning three national titles.”

“The first things you see coming into Kilgore are the oil derricks. My husband is in the downstream side of the petrochemical industry—working the refineries and chemical plants—so he’s usually not affected by the ups and downs of the upstream side of the business, where they pull raw crude and natural gas out of the ground. For the longest time, Kilgore’s economy was driven solely by the upstream side—great for two years, just okay for a while, then two years of no hope. Though it’s not as big as it was in the 1930s to ’50s, oil and education are still the two biggest portions of our economy, so much so that our campus includes the East Texas Oil Museum.”

“A lot of it goes back to oil. The annual Pipe Organ Festival is quite an event. We have beautiful pipe organs in our largest churches, and oil fortunes were part of that. On our campus is the Van Cliburn Auditorium. Van Cliburn’s father was in the oil business and his mother was a piano teacher when they moved here when he was 6. He graduated from Kilgore High School.”

“Our favorite restaurant is J.R.’s—that’s Jack Ryan’s Steak and Chophouse—but we shorten names in Kilgore. The owners are culinary geniuses. They trained in the big city and brought ‘upscale’ home to East Texas. There’s also The Back Porch close to campus. It brings in singers like Ally Venable, who is going to be somebody, from right here in Kilgore.”