My Hometown: Customers from Across the State Visit Morrow’s Barber Shop in Terrell 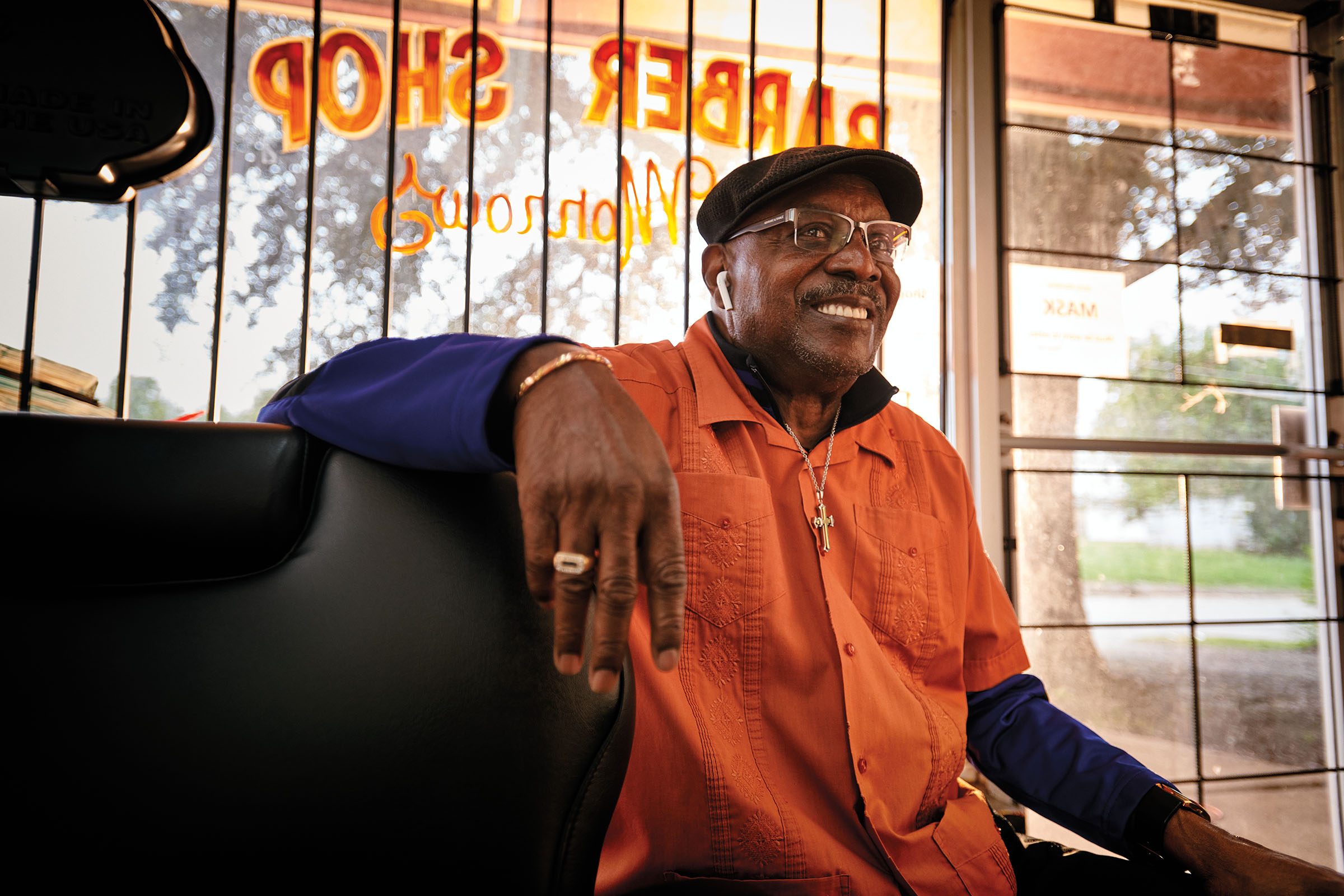 Terrell might be best known for the Terrell State Hospital, a 135-year-old psychiatric ward. Or, as the home of the No. 1 British Flying Training School Museum, which tells the history of the local academy for Royal Air Force pilots during World War II. And, of course, as the hometown of Jamie Foxx, the Grammy and Oscar winner who graduated from Terrell High School. But some visitors know Terrell for a different reason: Morrow’s Barber Shop. Customers travel from as far away as Mexia (85 miles south) for a haircut, a little joshing, and the latest “facts” from barber Edmund Morrow. A Vietnam War veteran, the 77-year-old has cut hair for almost 60 years, including at the Terrell State Hospital and at the shop he built in 1972 with his late father, Robert E. Morrow. Both men trained at the famed Tyler Barber College in Dallas, the first African American barber college in the country, and they worked together every weekend for almost three decades. Now retired, Morrow leaves the shop’s operation to his son, Rodney Morrow, but he still takes appointments for “special customers.”

“I was a barber at the State Hospital for 20 years. Back when I started [in 1965], it was segregated. We had one Black barber who cut the Black patients’ hair. Then another barber and I cut the white patients’ hair. There were more white than Black patients out there. Working there helped me keep my life together because I saw what [drugs and alcohol] were doing to them; that made me go straight. When I got drafted, I went to Vietnam in 1968 and then came back to the State Hospital in 1970. The government said if you were drafted from your job, they owed you that job when you got back.”

“After my dad died, I talked my son, Rodney, into going to barber school because we were going to keep it going—the Morrows’ empire. Now I’m retired, and Rodney, who is also a pastor, and another young guy [Marcus Carter] cut hair on the weekend. In a small city, people get haircuts on the weekends. When I say ‘retired,’ I don’t go down there and work for the public. I’ve got some old guys that I’ve been doing their haircuts. They have to call me and make an appointment.”

“When we cut hair, we focus on quality. We always say, ‘Your work speaks for itself.’ We got some people who’ve been to the other shop and want to come in and badmouth the other shop. You cannot come in here and talk negative about nobody. We run a respectable shop, and we have customers come from 50 miles around. I got people come from as far away as Mexia, Commerce, Royse City, Dallas, Garland, and Arlington. People can talk about whatever in the shop, but it’s got to always be clean.”

“Jamie Foxx used to be our pianist at our church, New Hope Baptist Church, during his senior year in high school. I know his whole family. He went out to California and got on this show In Living Color and played Wanda [an outrageous drag character]. He called his grandmother and told her about it, and she told him to go for it. Back in the day, he came to the shop, yes, but he’s been gone for a while. I did his granddaddy, too. Jamie was famous here in sports and football. He’s always been talented. He comes back to Terrell every now and then.”

“I like to eat at Pop’s Fried Chicken because it has vegetables and several varieties of meat. You can get homemade pies, iced tea, and chicken, and you can also make your own menu. Everybody knows me. Then my wife and I also like to go to a barbecue place called Smoke Monkey. They have a buffet and home-made pies.”

“I’ve been around the world, and I still like Terrell. You can get the boy out of the country, but you can’t get the country out of the boy. Everybody pretty much knows each other, Black and white. There are a variety of people, different races and nationalities. Terrell is still a nice place.”