My Hometown: A Historian Works to Preserve Black History in Palestine, Texas

Known for its springtime dogwood blossoms, the town has a new driving tour of African American historical sites 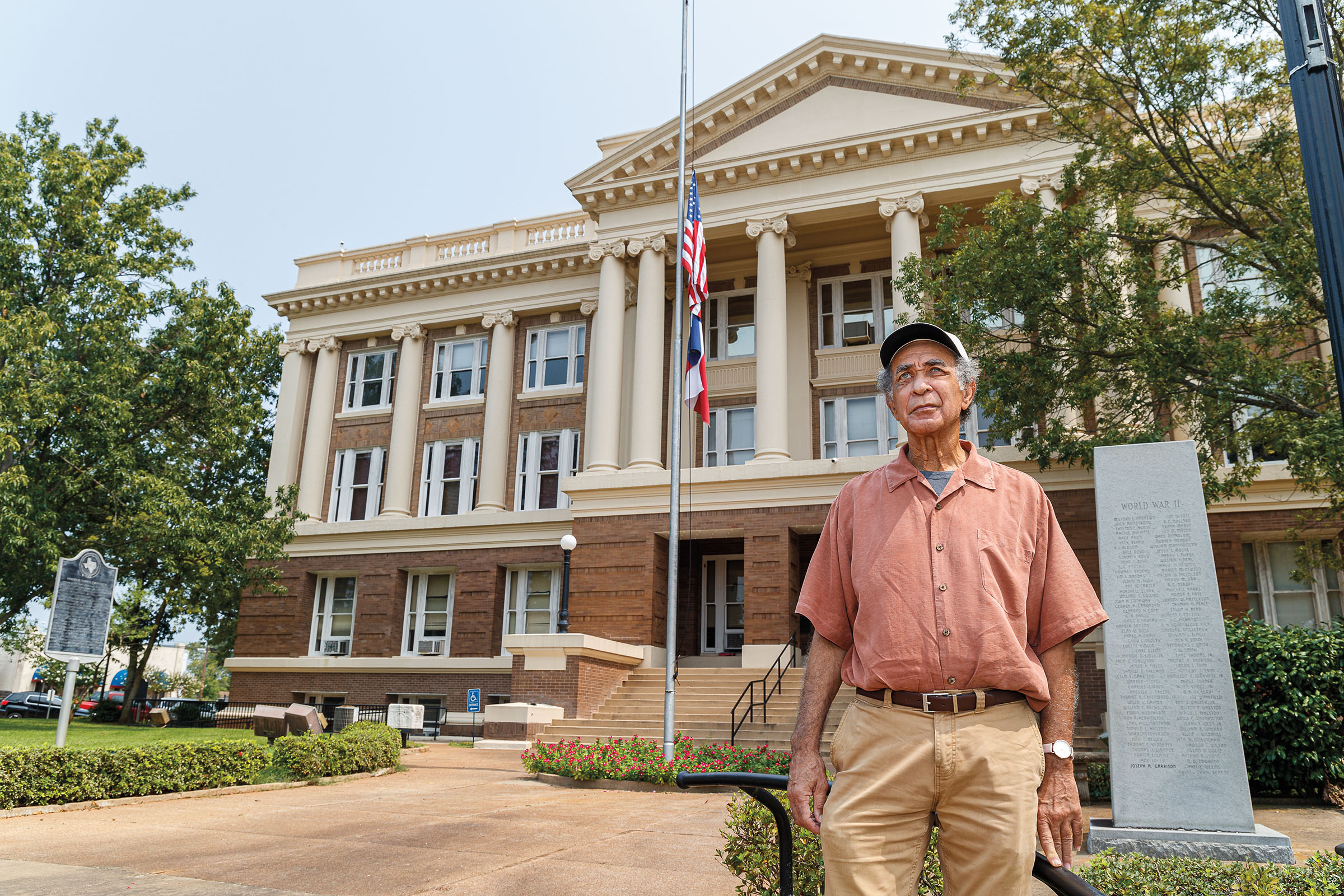 Palestine is a town that knows how to celebrate spring. Nature-lovers flock here for the annual Texas Dogwood Trails Celebration, an 83-year tradition that showcases the trees’ delicate white blossoms. Founded in 1846, Palestine grew as an agricultural and timber hub with the arrival of the railroad in 1872. The discovery of oil in 1928 created an economic driver that endures to this day, along with ranching, logging, and NASA’s Columbia Scientific Balloon Facility. African Americans have long played key roles in Anderson County, a history that Reginald “Reggie” Browne Jr. researched for the 2007 book African-American Roots: Traveling the Boundaries of Anderson County. His work helped inform a new city tour called “Our Black History: Palestine’s Legends & Legacies.” The driving tour stops at sites like Mount Vernon African Methodist Episcopal Church—the third oldest A.M.E. church in Texas—and the Anderson County Courthouse, where Browne’s father, Reginald Browne Sr., served as the county’s first African American commissioner.

“I graduated in 1965 from A.M. Story High School, an all-Black school in Palestine. We had a homecoming parade every year with floats, beautiful queens, escorts, decorated cars, and marching bands. I have researched the history of all of the queens, escorts, and parades. The parade was a very big event at A.M. Story. My mother-in-law, Mildred Thompson Smith, was the queen in 1944.”

“My dad taught me a lot about life and how to believe in myself. He was the second African American commissioner elected in the state of Texas. He was also an agriculture teacher at A.M. Story. I took his class all four years while I was in high school. As a kid, my dad took some of us on field trips every summer to the Houston Fat Stock Show. We learned that girls know more than boys. We also learned to give them the respect they are due.”

“I was the marker chairman for the Anderson County Historical Commission and worked closely with Jimmy Odom, the commission’s chairman at the time, to get nine markers in Palestine. One of them commemorates Timothy Smith, an African American school principal in Elkhart. Smith, along with Rodney Howard and Frank Robinson, worked together to win two redistricting lawsuits that equalized voting rights in the 1970s. They won the fight for single-member districts. They all went to bed with shotguns because they thought someone would break into their houses and kill them. Because of their bravery, Anderson County and the city of Palestine were ordered to redraw their voting precinct lines, which had previously diluted Black voting strength.”

“When it came time to put the Smith marker up in 2012, I asked Jimmy about placing it at the courthouse. They didn’t let anybody put up markers at the courthouse—it wasn’t just a Black thing. I asked the county judge if we could do it. He conceded. We had about 150 people out here, Black and white [for the dedication]. The courthouse is a critical piece because it connects to the county and the state. Without the information from the courthouse, we wouldn’t be able to do these historical markers.”

“My family and I went to the park during Easter time and then to South Union Missionary Baptist Church afterward. Once Palestine started really building up the Dogwood Trails in March and April, we’ve been committed to doing things with the Dogwood Trails. We’ll go there with school buses, and it gives us a chance to see these fabulous trees that come in different colors. It ties in with Jesus. The dogwood used to crucify Jesus was much bigger than the current dogwood. God didn’t want any more crucifixions to happen, and therefore the dogwoods are now much smaller. If you go and look at the dogwoods during Easter time, you’ll see that no two of them look alike. The park was always a key part of our lives as we were growing up.”