Known for his books and radio program, Sperry has inspired countless gardeners 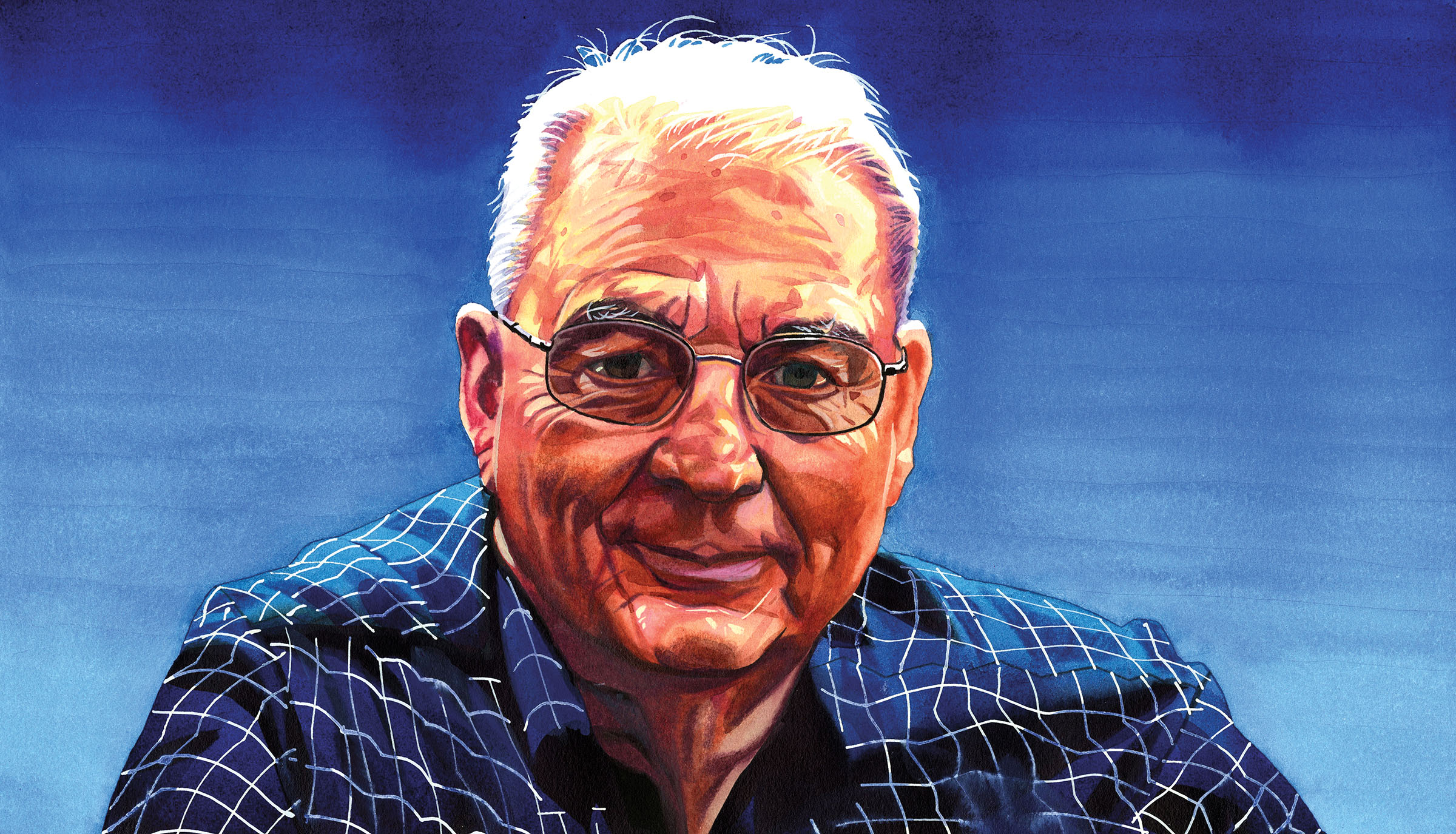 “I am just an average gardener,” says Neil Sperry, the McKinney resident who’s anything but average to generations of Texans who won’t plant, prune, or pick until he says it’s time. An accidental broadcaster and bestselling author, Sperry is Texas’ guru of greenery thanks to his syndicated Plant Talk Texas radio show carried daily by more than 30 stations across the state.

Even if you’ve never pressed seed into soil, you’ve likely heard Sperry’s name or voice, so ubiquitous is the man who maintains he is just “blessed to have made my career writing and talking about my favorite hobby.”

For 40 years, Neil Sperry’s Complete Guide to Texas Gardening has been a must-have resource for amateurs and experts alike. If you want to know what to plant—and where, when, and how—this is the guide to which Texans turn. It even has a nickname, “The Boot Book,” in reference to the floral-themed boots on its cover.

Sperry says his original book has sold more than 1 million copies, but issues involving the original publisher and an unauthorized e-version of the Complete Guide prompted Sperry to self-publish another book, Neil Sperry’s Lone Star Gardening, only sold on his website and now in its fifth printing. “I can make the decisions,” Sperry says about branching out on his own. “Whether they are right or wrong, they are mine. I can stand up for them.”

Sperry was born in College Station, where his father was a range management professor at Texas A&M University. By his teens, Neil was running a nursery and landscaping business. In the late 1960s, he became a teacher—first at a high school in Ohio after studying horticulture at Ohio State University; then as part of the Texas A&M AgriLife Extension from 1970-1977.

Sperry first got involved in media in 1970, when he appeared on WFAA-Channel 8’s farm-and-ranch program; he also appeared on WBAP-Channel 5, where he learned the broadcasting trade from such local titans as anchor Chip Moody. In January 1978, after he left the AgriLife Extension, Sperry debuted on WFAA-AM radio. Syndicated newspaper columns and radio shows followed, leading to his induction in the Texas Radio Hall of Fame in 2003.

All along, Sperry has been as essential to Texas gardening as the sun and the rain.

TH: You had no previous journalism experience when you first got on the air. What were you most nervous about?

NS: I was nervous twice. The first week I went on the air in Dallas, I was worried about what kinds of questions people would ask. And when I took the live statewide radio program, I worried, “What will I be asked about parts of Texas I don’t know?” I didn’t know about Amarillo or the Valley and how accurate or valid my information would be. But people are grateful as long as you can say, “I don’t know.” The best thing you can say is, “Tell me what else is happening, and we can come up with an answer together.” What’s important is giving a decent answer. Doctors say the same thing.

TH: I assume that’s the real fun of the job, in some way you’re always learning, always searching, always being surprised by something.

NS: Absolutely. It’s also fun to have somebody call about a plant nobody else knows. A plant like stapelia. I love that plant, which is also called the “dead mule cactus.” Why? Because the thing smells like a dead mule. It’s pollinated by flies. I used to collect them. You would recognize the plant and the flower, which looks like a giant hairy starfish. When somebody calls and asks about that, I can go into great detail about that, and then they’re like, “Good lord, where did that come from?” It’s fun. I love the hobby and this profession, and I’ve only tried to get better at it.

TH: Where do you stand on herbicides given your dad’s work at A&M and your own experiences?

NS: I try to be middle of the road. There are extremists out there who are too organic, and there are people who want you out there spraying everything. But I watched my dad do research on herbicides for 25 years, and for the time I was growing up I helped him with that research; then I worked at A&M and relied on their research. Those who make a mockery of valid university research, I have no use for.

NS: “How can I get grass to grow in the shade?” It’s usually accompanied by, “The homeowners’ association is saying I have to have grass and can’t have ground cover.” That is the fallacy of the HOA.

TH: How do you respond?

NS: I try to be decent. I explain to them St. Augustine is the most shade-tolerant grass. That part is standard. I try to convince them—and some are harder to convince than others—that shade is not a disaster. It’s an opportunity to do a different landscape. We’ve lived in our house 45 years, and ours has evolved from Bermuda to St. Augustine to no turf grass. Everything is a shade-tolerant ground cover or ferns or shrubs, and it’s still a very handsome landscape—one people could be happy with unless they planned to play croquet.

NS: We live in a rural area down a hill. Our landscape is behind our house, which is obscured from view. Pages 98 and 141 in [Neil Sperry’s Lone Star Gardening] are from our backyard, and I show photos of our yard in my newsletter frequently and tell people this is what we see out our back windows. The problem we have where we live is feral hogs. I’ve thrown up a wide fence to keep them off. It’s a challenge. I also have to admit something: I am not 35 years old anymore, and I have vertigo, and bending down puts me into a tailspin. That part of gardening has become hard for me.

TH: Is that frustrating for you?

NS: Most people face that at some point. You have to learn to be patient with yourself and scale things back, to bring it closer to home. I’ve learned to do that. It’s frustrating at times, but I’ve learned what’s important to me. The most satisfying part of my life has been my family. I love my career. But your life changes as you get some years under your belt. You have to be patient with your life. I am grateful I am here.

TH: When did you realize you were no longer a landscaper, and, in fact, were becoming a celebrity for knowing how to make things grow?

NS: I don’t look at myself that way. When I am in McKinney people say, “You’re Lynn’s husband” because of my wife’s time on the McKinney Independent School District board. [She has been a trustee for more than 30 years.] “Lynn’s husband”—that’s how I like to be recognized. She founded the McKinney Education Foundation. She’s the reason there’s the Sperry Performing Arts Center at McKinney High School. I’m just flattered anyone cares.

Visit Neil Sperry’s website for gardening tips along with information on his gardening books, radio shows, e-newsletter, and podcast. neilsperry.com