Tannat Is the New Texas Wine Everyone Will Be Talking About

The bold red varietal is booming at these four wineries

Written by Phil West, Photographs by Tiffany Hofeldt | From the October 2018 issue | Updated: October 31, 2018 | Filed Under: Eat + DrinkThings to DoWineries 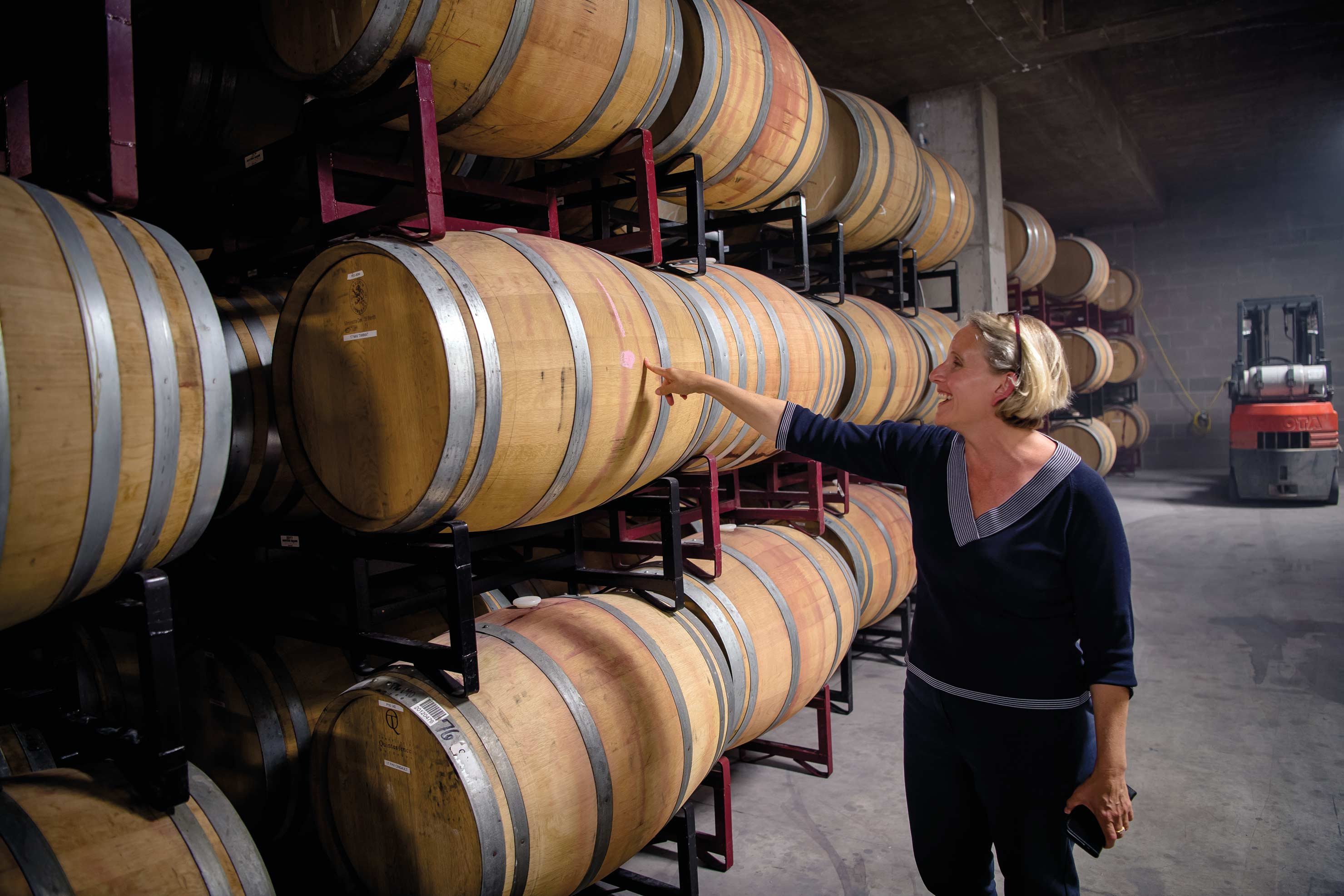 The growing throngs of oenophiles traveling what is known as Wine Road 290—the winery-heavy stretch of US 290 between Johnson City and Fredericksburg—have become very familiar with once-exotic wines like tempranillo, sangiovese, and viognier that thrive in the Texas heat and soil.

Now here’s another one to get acquainted with: tannat, an under-the-radar red wine that’s poised to become Texas’ favorite varietal.

To get to one of its biggest purveyors and champions, Bending Branch Winery, veer south from Fredericksburg on US 87 until it meets I-10, drive through the town of Comfort, and pass rolling hills and ranches that nestle next to the Guadalupe River. At the winery, where owner and winemaker Dr. Robert Young and his family live, you’ll see a custom-built clay tennis court (Young’s other great love) and proceed to a small building with a porch that serves as the tasting room.

Young moved to Texas with his family in 2010, after working 35 years as a physician in Georgia, to channel his interest in chemistry into winemaking. He was attracted to tannat, a grape most associated with the south of France and Uruguay, for its ability to thrive in Texas.

“It’s a very vigorous grower here,” Young says, noting that the berry’s thicker leaves and tougher vines make it more resistant to some diseases than other varietals. It also buds slightly later than other grapes in Texas, which guards it against the late spring frosts that can (and sometimes do) wreak havoc on Texas crops.

Several of his award-winning wines were created with grapes undergoing a freezing process prior to fermentation called cryomaceration, and he’s recently invested in a flash détente machine that utilizes heat and a vacuum to treat the juice squeezed from grapes. According to Young, both technologies release the color and flavor locked in grapes at the molecular level, beyond what traditional winemaking strategies are able to extract.

While Bending Branch’s offerings include picpoul blanc (a white whose name translates to “lip stinger”) and a cinsault-based rosé, it’s a red-leaning roster, with tannat alone making up about 20 percent of the 10,000 to 15,000 cases the winery produces annually.

Young’s not the only Texas winemaker to notice tannat’s potential. Allan Fetty started Westcave Cellars near Austin in 2011 after growing grapes for other Texas winemakers since the late 1990s. After researching tannat extensively, Fetty planted his first vines in 2008, initially intending to blend it with cabernet sauvignon grapes. But after creating around 40 cases of tannat wine from a healthy 2010 harvest, and loving the results, he made tannat a part of Westcave’s lineup. 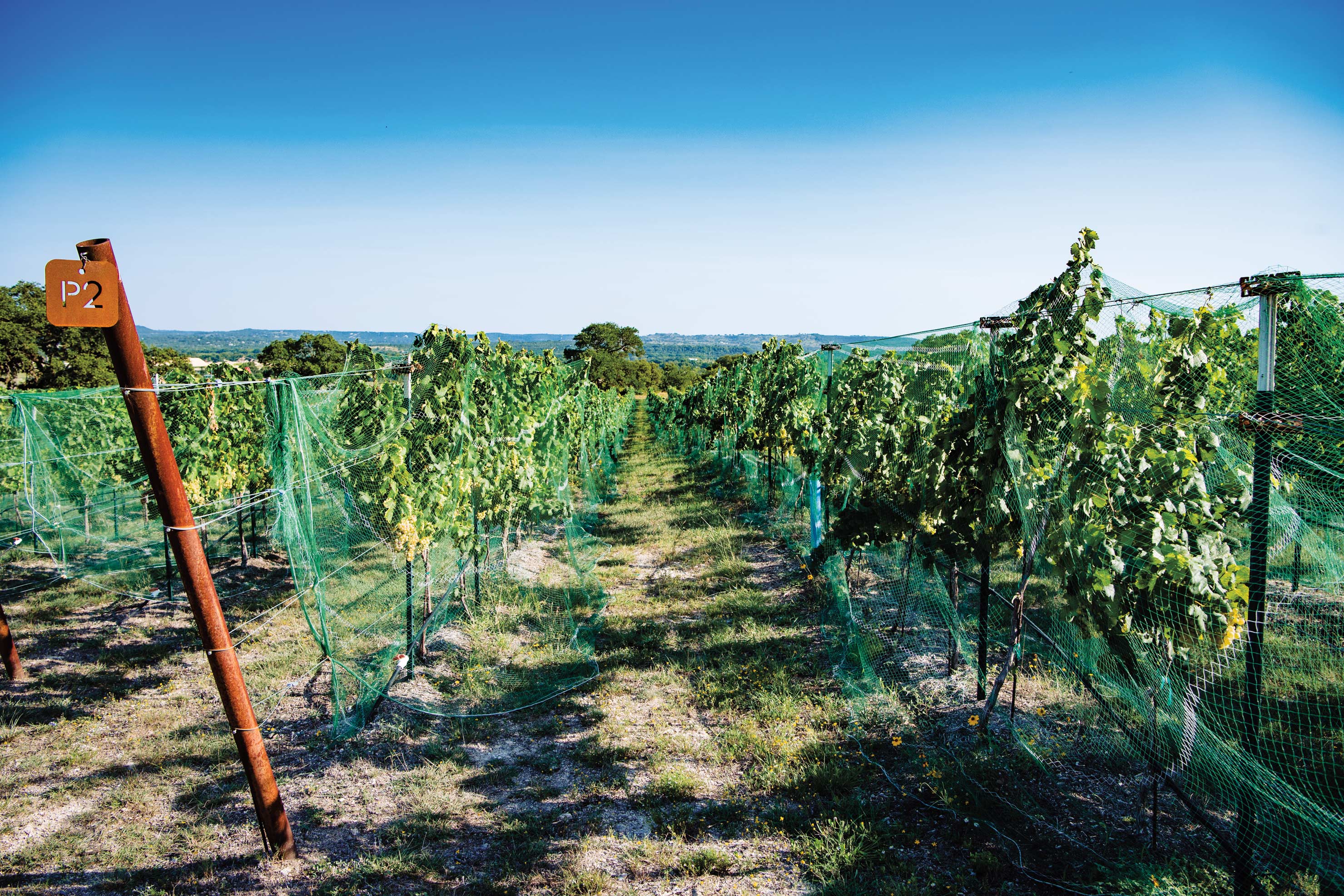 French winemaker Benjamin Calais, founder of Calais Winery in Hye, harvested his first crop of tannat last year in anticipation of adding it to his offerings. He traveled back home to France prior to planting the grape in order to get pointers in growing what he believes will work well for his old-school winemaking methods.

Nearby in Stonewall, Pedernales Cellars—which introduced a number of Texans to tempranillo—is jumping on the tannat train with a limited fall release, featuring grapes grown at La Pradera Vineyards in the High Plains. The trendy grape already brings structure and color to Pedernales’ 2016 GSM Melange red blend.

Tannat alone makes up about 20 percent of the 10,000 to 15,000 cases of wine Bending Branch Winery produces annually.

“Tannat is consistent,” says the winery’s Julie Kuhlken, noting a tension between blackberry notes typically found in Pedernales’ syrahs and hints of leather, and even a quality she describes as “meatiness.” Though Pedernales Cellars has produced just 50 cases of its initial tannat for release this fall, it plans to create future editions.

Pedernales’ contribution adds to an evolving statewide tannat profile, ranging from the 2015 Westcave Cellars’ bright, tart, white pepper-tinged take on the varietal to Bending Branch’s earthy offerings, with a surprise of warm stones and pencil shavings on the nose, and cinnamon and sage on the palate.

Though tannat may eventually find its way into wider production and distribution, most Texans still need to go directly to the wineries to get their hands on these up-and-coming wines. As Bending Branch’s General Manager Jennifer McInnis Fadel notes when asked about distribution plans to other states, “Everybody drinks it all here.”