Snapka’s, Watson’s, and The Charcoaler are still owned by the same families 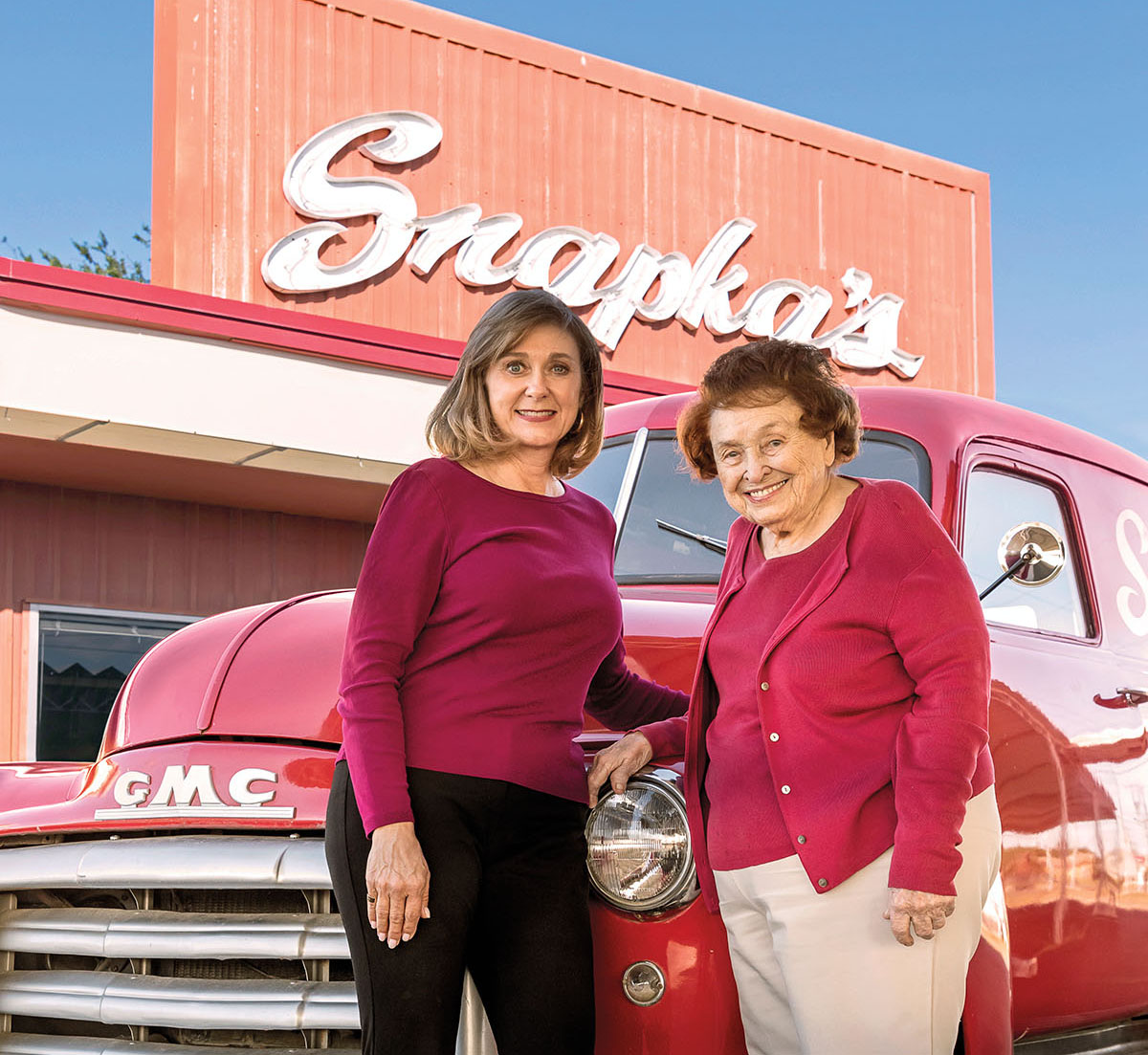 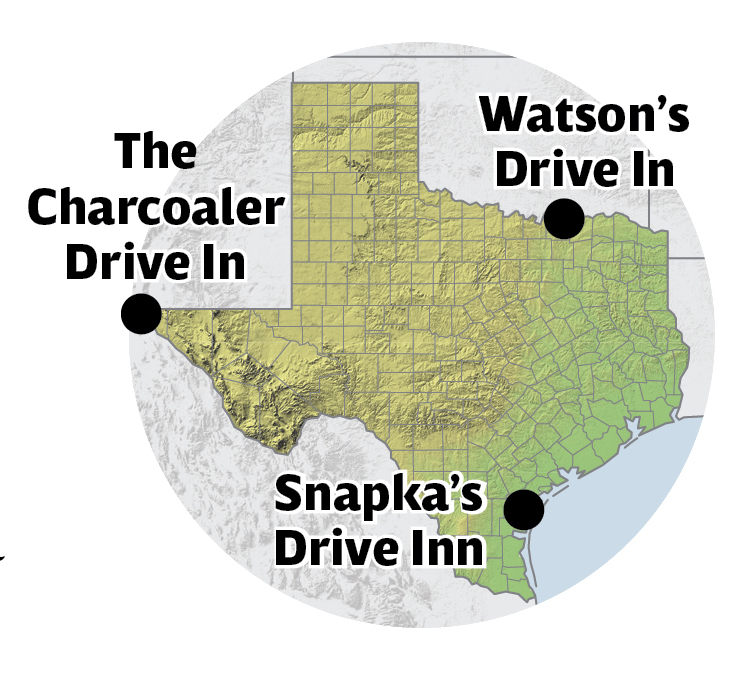 Curbside service at restaurants has become a staple of daily life over the past year due to COVID-19. But drive-in restaurants have been doing it for nearly a century. “We were curbside before curbside was cool,” says Kathy Snapka, who co-owns Snapka’s Drive Inn in Corpus Christi.

Automobiles became more widely available in America after World War I, growing from about 8 million cars on the roads in 1920 to 23 million by 1930. Enterprising restaurateurs sought to capture the interest of their newly mobile clientele. Roadside stands and diners cropped up to meet the demands of Americans on the go. The first in the country to offer drive-in service was the Pig Stand, which opened in Dallas in 1921 and blossomed into a national chain known for its barbecue pork sandwiches.

A flood of competitors followed over the subsequent decades as car culture flourished. Drive-ins reached their peak in the 1950s and ’60s as ideal spots for teenagers to mingle, like in the film American Graffiti. Many of these spots declined in the latter part of the century, facing competition from air-conditioned eateries, drive-thru fast food joints, and shopping malls. Of the estimated 50 or so Pig Stands that once stood in the state, only one in San Antonio survives, but it offers dine-in service. Several other vintage drive-ins still operate as they did in their heyday, and the three featured here are run by the same families who opened them.

Maxine Snapka, 98, claims to be the last original owner still running a drive-in in Texas and readily recalls the details of Snapka’s origin story. “She has every marble that she came into the world with, plus some others that she picked up along the way,” Kathy says of her mother and business partner. “And there is nothing that goes on at the drive-in that she is not aware of or has not approved.”

In 1948, Maxine’s soon-to-be-husband, Method Snapka, and his brother Rudy Snapka were looking to open a restaurant in the Rio Grande Valley. They set out from Corpus Christi in search of a good locale, but Method’s 1942 Oldsmobile broke down just west of town. They ended up in Robstown and decided to open their first drive-in there. In 1953, they expanded with a second location in Corpus Christi on Leopard Street and three years later opened another on Weber Road. Kathy and Maxine have run the business since 2002, when Method passed away. Maxine’s 100-year-old sister, Gerda, manages the restaurant on Weber Road. Although the Robstown location closed in 1977 when Rudy retired, the Leopard and Weber drive-ins remain popular spots for traditional American fare like juicy hamburgers, chili cheese dogs, and hand-dipped onion rings—all made-to-order from scratch.

The restaurants also serve some less-expected dishes, like a catfish platter and a Mexican plate that comes with tacos, enchiladas, refried beans, and rice. “With a name like Snapka’s you wouldn’t think we had Mexican food,” Maxine says. “We were the first in town to sell crispy tacos.” Kathy adds, “Daddy made a form to fry the taco shells because they weren’t commercially available at that time.” The cook in those early days, Martin Sanchez, developed the Mexican dishes using his grandmother’s traditional recipes, and Maxine insists they have never changed them. “It is the best taco taste,” she boasts. 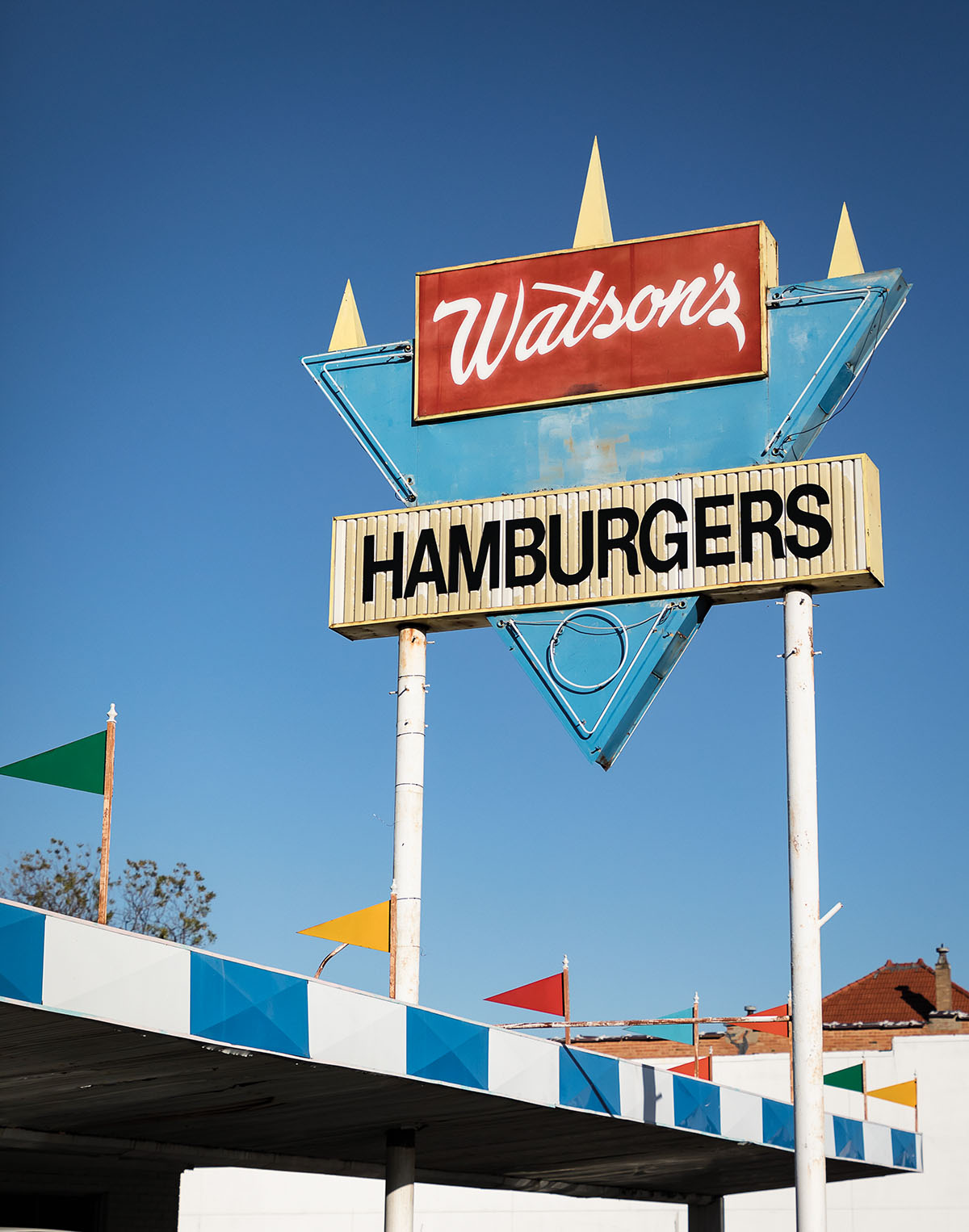 Near the Texas-Oklahoma border, this family-run eatery is named for its founder, Charlie Watson, and his wife, Pat Watson. “I’m the third generation,” explains current owner Brandon Watson, who took over in 2007 after his mother retired. “It was my grandfather who started it in 1956—the same location that I’m running now.”

Even though Watson grew up eating at the drive-in all the time, he hadn’t planned on making it his career. “I went to school to be an engineer, and I ended up working in a burger stand,” he says with a laugh. Upon taking the reins, he learned all of the old recipes: fresh-meat burgers, corn dogs, chicken sandwiches, hand-cut fries, Tater Tots, homemade onion rings, and ice cream shakes with whipped cream and a cherry on top. One of the most popular menu offerings is the “chili pack,” the restaurant’s take on a Frito pie. “Back in the ’60s, they would cut open the side of a Fritos bag and just put the chili, cheese, and onions right inside it,” Watson explains. “We still do that today.”

Many other aspects of Watson’s remain unchanged. The building retains its original midcentury charm. The vintage sign still stands, as does the broad blue-and-white metal awning with room for 26 cars underneath. “We’re a piece of Americana,” Watson says. “It is pretty neat to pull up to an old place like this. It’s the equivalent of going to a drive-in movie theater—a blast from the past. People who used to come here when they were younger are still coming here.”

The Charcoaler Drive In, El Paso 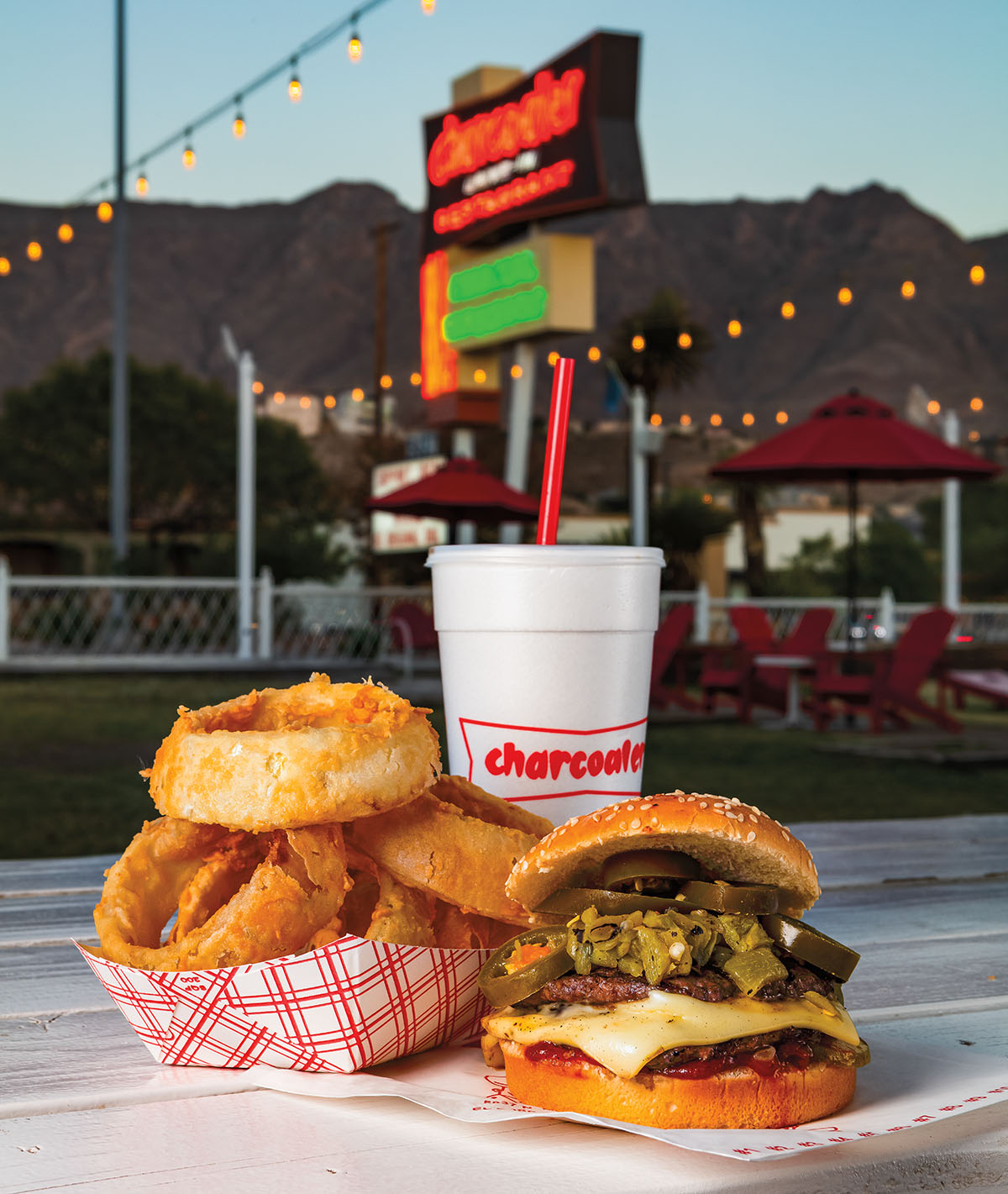 The Charcoaler was the first restaurant in El Paso to feature an intercom and a drive-thru window. Opened in 1961 by Robert Cox Sr., the business moved to its current site on North Mesa Street in 1976. Its horseshoe-shape drive-thru allows customers to order upon entry, loop around to pick up their food, and then park under an awning. There they can enjoy hot, flaky onion rings and a variety of flame-grilled burgers while taking in a view of the Franklin Mountains. Over the years, the restaurant has stayed in the family. Cox’s son, Robert Cox Jr., took over in 1986. Then his niece, Jennifer Quinn, bought the business with three partners after her uncle’s retirement in 2017.

“When my uncle decided to close the Charcoaler, I thought, This can’t close—this is Grandma’s and Grandpa’s legacy,” Quinn says. As a registered nurse, she didn’t have any experience in the restaurant industry, so she brought on more knowledgeable partners. But she insisted on preserving the original recipes. “It had to be just right, exactly the way my grandfather made things,” she says. “Everything is pretty much the same: the barbecue sauce, onion rings, fried pies, caldillo [a beef and green chile stew], coleslaw, tartar sauce—everything is homemade.”

Quinn did welcome a few additions to the menu, such as fried pickles and the Char-ferno Double, a burger with two patties and a tongue-tingling combination of ghost-pepper cheese, green chiles, and jalapeños. She also converted the site’s lawn into a family-friendly area, filled with picnic tables and games including cornhole and Jenga.

“It’s such an iconic place,” Quinn says. “It’s so refreshing to have that charcoal burger that you had 20, 30, 40 years ago, and it still tastes the same and takes you back to those memories.” The familiar flavors are a tribute to her grandparents—and to her fellow drive-in owners who are preserving the memories for generations to come.