My Hometown: Rooted In the Railroad and Blues Music, Navasota Chugs With Cultural Vibrancy 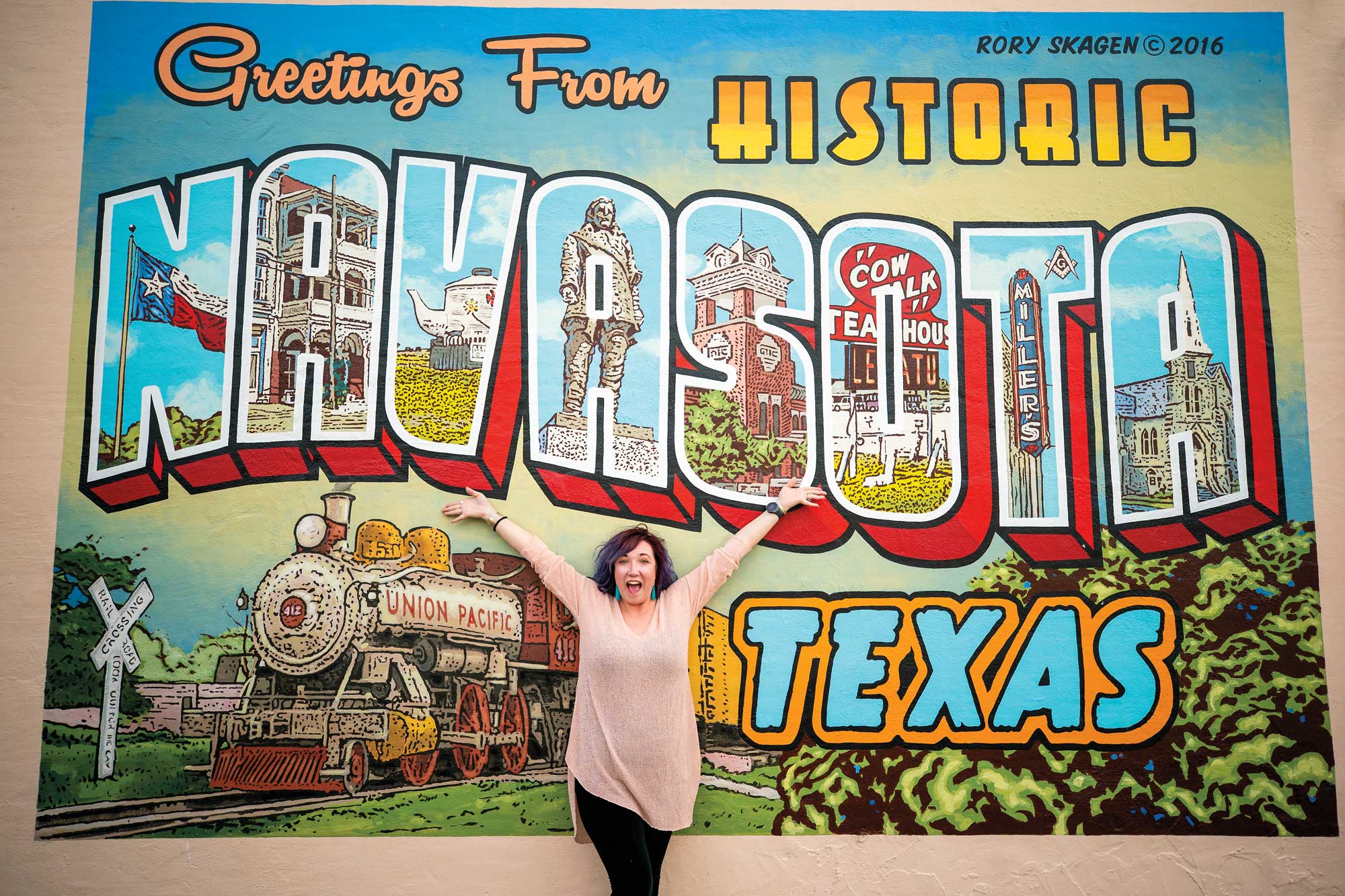 Navasota has long stoked history buffs’ imaginations. It was, after all, the area where historians believe French explorer Sieur de La Salle was murdered in 1687. Then, as a 19th-century railhead on the Navasota River, the town bustled with both commerce and unsavory characters with little regard for the law. Legendary lawman Frank Hamer helped bring order in the early 1900s, and according to local history, his buggy driver was none other than Mance Lipscomb, who would become one of Texas’ most influential blues musicians. Lipscomb grew up among sharecroppers who picked cotton by day and blues guitar by night, sowing a creative legacy that underpins Navasota’s burgeoning reputation for arts and culture. As proprietor of The Gallery Downtown, Pattie Pederson has played a key role in Navasota’s cultural rebirth with her eclectic venue’s showcase of local artists and live music. Ever since she and her husband, Mike Pederson—a sixth generation Navasotan—opened The Gallery Downtown in 2017, the building has been abuzz with activity, attracting locals and out-of-towners alike.

“At the turn of the century, this was a lawless town. People were being shot in the streets. Frank Hamer was a Texas Ranger who became city marshal and cleaned it up. Netflix recently made a movie about him called The Highwaymen. It was a big deal for the city of Navasota because he is our hero. There’s a statue of him by the artist Russell Cushman at City Hall.”

“Navasota is known as the Blues Capital of Texas because it was home to Mance Lipscomb. But there were many other blues musicians in this part of East Texas, like Lightnin’ Hopkins and Blind Lemon Jefferson, and they all played together. This year, one of the local musicians, blues guitarist Tubie Pushee, of Tubie and the Touchstones, started a new event: the Navasota Blues Review. It takes place in August in the Junction Dance Hall, an old honky-tonk.”

“The houses along East Washington Avenue are reminiscent of several different time periods. You’ve got old Southern mansions with big columns, hundred-year-old oaks, and beautiful wrought-iron fencing. You have brick ranch houses with big pools in the yards. And then you’ll see Eastlake Victorians with gingerbread trim painted in fancy colors—like the Red Velvet Inn, one of the many bed-and-breakfasts in town. It’s like a time capsule of architecture.”

“The Union Pacific line runs right through downtown. Railroad Street was a central hub of commerce. Old photographs show thousands of people lined up waiting for the train to see the latest goods and to find out what was going on in the world. The railroads brought wealth to Navasota. This was a farming community, and many families came here specifically for the economic advantages because they could easily ship goods to the Houston Ship Channel via train. Today, some people complain about the train because of the horn, but this town wouldn’t be what it is without it.”

“In the past few years there’s been a revitalization of the main street [Washington Avenue] downtown. There’s Classic Rock Coffee Co., which is music-themed and has a mural of musicians along its side. There’s the Muddy Water Bookstore and also the Navasota Theatre Alliance, which does performances year-round. We’ve got tons of antiques stores. And P. Nemir Dry Goods Co. has been in business in the same location for over 100 years.”

Home for the Holidays
Dec. 14