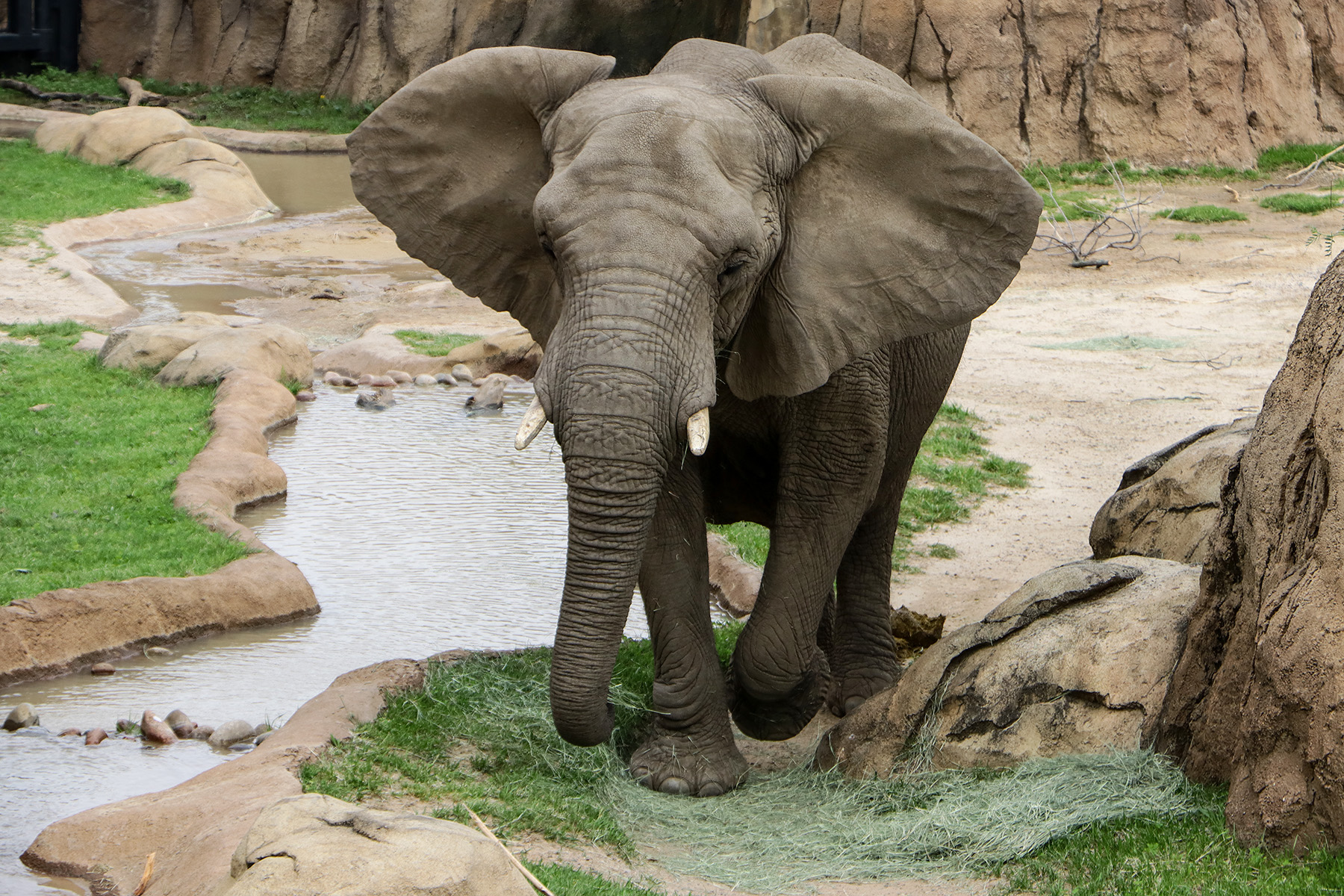 While Texans remain at home, zoos, aquariums, and wildlife sanctuaries are creating and sharing educational videos and virtual entertainment. Many also offer remote learning opportunities for teachers and parents to use with their students, akin to taking a field trip from the couch. Although the new programming has reached audiences far and wide, the lack of ticket sales from visitors has created a financial hardship for many of these institutions. You can support your local zoos and animal organizations with a donation or membership renewal. Aside from lots of learning, the cute and hilarious animal videos are sure to add a bright spot to any day.

The Fort Worth Zoo provides updates and entertainment every Monday, Wednesday, and Friday via a Facebook livestream where zookeepers discuss a variety of animals. On other days, the zoo posts videos and photos answering kids’ questions and showing animal enrichment activities. “Our keepers are still here every day feeding and caring for the animals, so they’re able to get this amazing footage we wouldn’t be able to see otherwise” says Avery Elander, assistant director of communications and public relations. Crockett the rhino has quickly risen as a fan favorite. “Crockett got the ‘zoomies,’ and that video has gone kind of viral,” Elander elaborates. In another video series, Hector, a Patagonian mara, goes for a stroll through the zoo to see otters and meerkats. 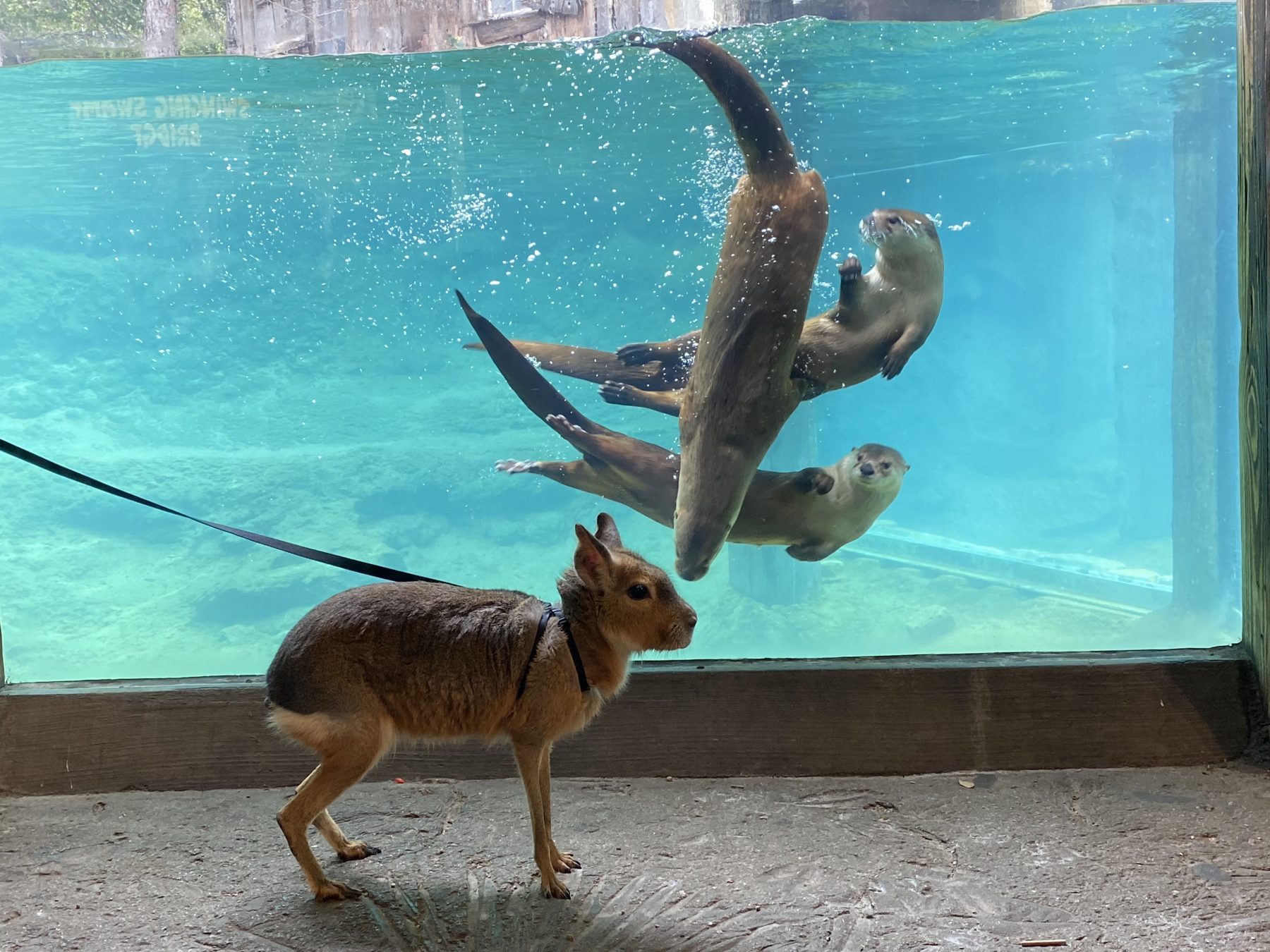 Ever wonder what it’s like to track sea turtles or see a shark feeding? The Texas State Aquarium in Corpus Christi is airing live “Aquavision” distance learning programs every weekday via Facebook Live. Aquavision topics have included a medical procedure with the vet team, a squid dissection, octopus and otter enrichments, and a dolphin training. “We’ve gotten really positive responses so far from this series,” says Melanie Kudra, an education engagement specialist at the aquarium. “We maxed out our Zoom subscription in the first week of recordings, which is why we moved over to Facebook Live.” Aside from Aquavision, the aquarium’s website is offering at-home activities that parents can do with their children.

While the Houston Zoo has used webcams for years, the number of people watching them has skyrocketed since the zoo closed to the public. “Each week we had hundreds of thousands of viewers, but since we’ve closed, we’ve had 1.3 million folks visit the webcams,” says Lauren Wappler, the zoo’s public relations manager. The Facebook Live videos have also been a success, featuring different animals every weekday. The elephants had around 7,200 people tune in during their bath time video. Viewers also enjoyed the sea lions, who showed off their training skills and enjoyed a teeth brushing. “The live videos have been great for the zookeepers to interact with guests,” Wappler says. “They’re able to continue to share their passion for animals with people to show that while we’re not together right now, we’re still together in a sense.” 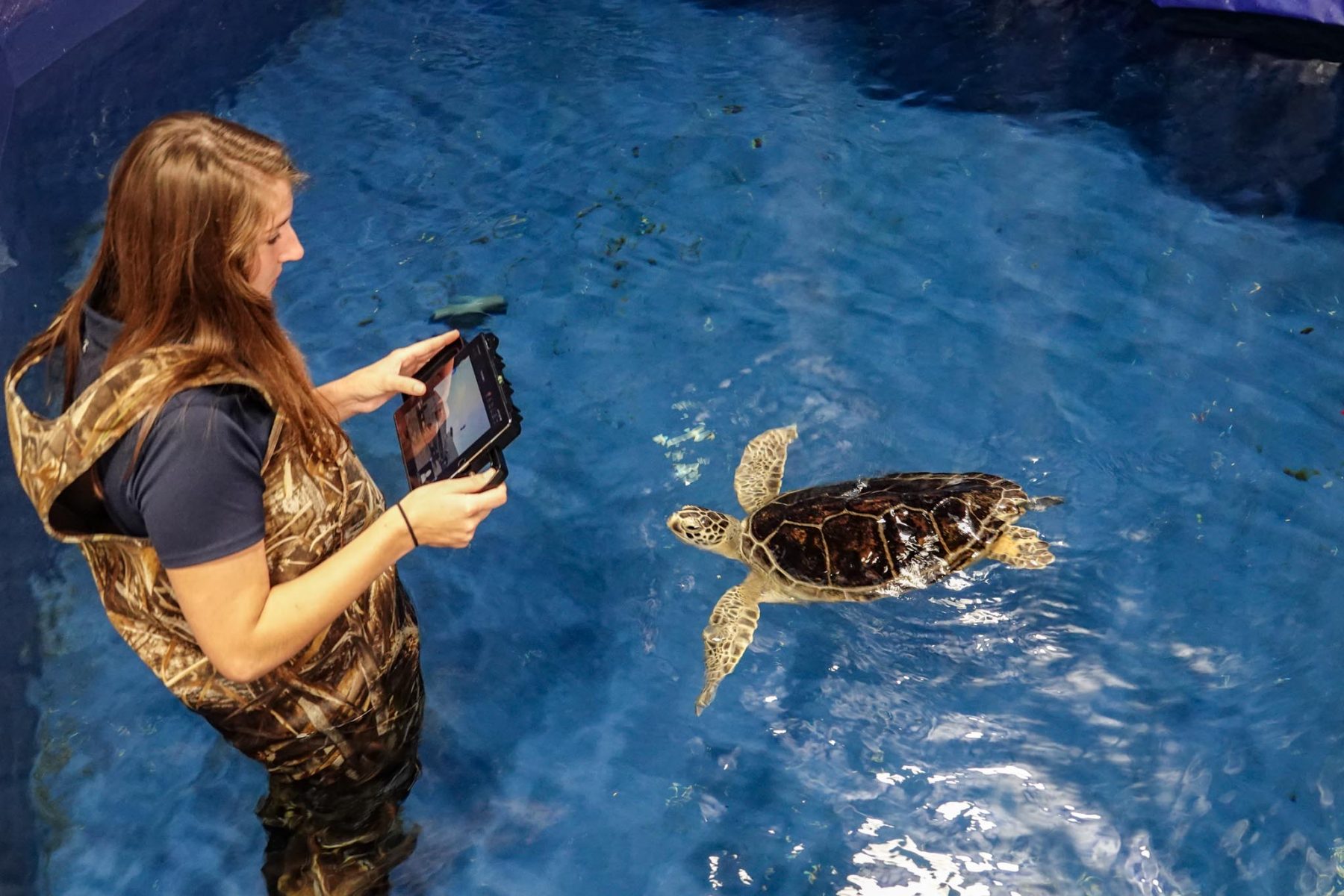 In line with #BringTheZooToYou hashtag being used by zoos across the nation, the Dallas Zoo has taken to social media to share videos and photos of animals and zookeepers to educate and inspire the public. “People love to request videos of specific animals,” says Kari Streiber, vice president of marketing and communications for the zoo. “It does feel like you’re there, and the staff have really taken to how people are engaging and how responsive people are.” The zoo recently introduced its first red river hog piglets, PB, J, and Ella, and has started a #ZooItAtHome series where education specialists walk viewers through an at-home craft, like how to make a honeycomb using cardboard. There are also additional activities on the website, including coloring sheets, word searches, crossword puzzles, and Instagram story templates.

Birders flock to Houston Audubon to see hundreds of species of birds throughout the year. Webcams are always available at the Bolivar Flats Shorebird Sanctuary and Edith L. Moore Nature Sanctuary, but since closing to the public, staff members have taken to Facebook Live. They share live videos twice a day of High Island, a salt dome on Bolivar Peninsula with oodles of birds. “April is the month that everyone goes down to High Island for birding, so we’re really fulfilling that need for people to go birding when they can’t,” says Mary Anne Weber, an education specialist with Houston Audubon. “We get so many international travelers in April, so this has been nice to have something for them as they’ve canceled travel plans.” Aside from the Facebook Live sessions and webcams, the sanctuary has also added a new digital library to the website with games, interactive activities, and learning tools.