Beat the heat and catch these museum exhibits before they're gone 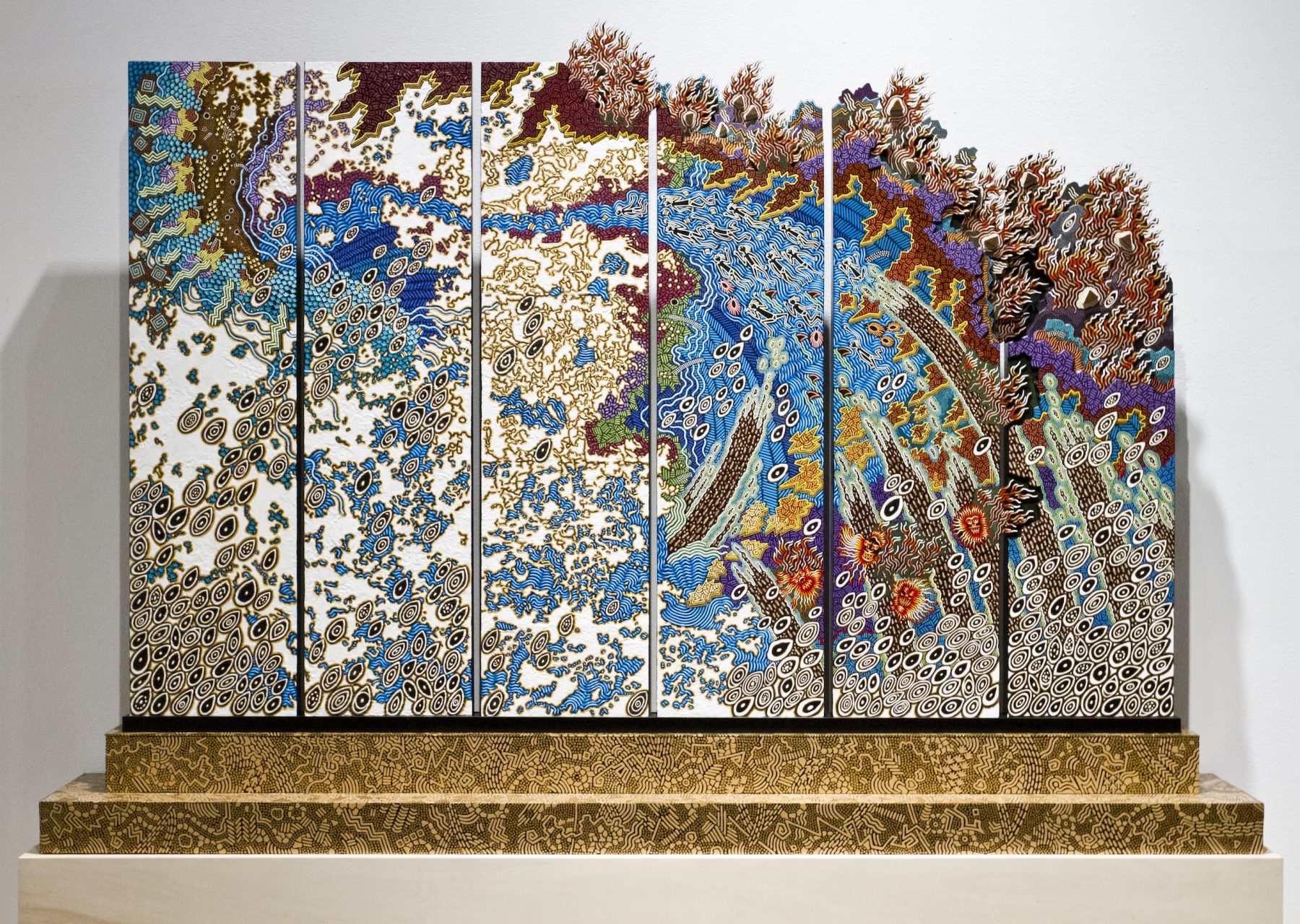 “Swimming to salvation, escape from the water demons” by Terry Hays

Giant LEGO dinosaurs, superhero-themed paintings, and photographs of famous musicians are currently on exhibit at museums in Texas—but they won’t be for much longer. Check out these eight temporary displays of photography, paintings, drawings, and sculpture before they move on to the next state.

Antonio Castro: Visions of a Borderland

In this exhibit at Dede Rogers Gallery, painter and illustrator Antonio Castro shares his vision of the El Paso/Juárez borderland, a place he’s lived and worked in for most of his life. The collection showcases more than 60 years worth of Castro’s work, including book illustrations and portraits of his parents.

Through three-dimensional, hand-painted sculptures, Duncanville-based artist Terry Hays imagines otherworldly trees, waterfalls, and islands. However, this “Cosmic Garden,” on display at The Grace Museum, actually takes inspiration from this planet—Hays is influenced by art from Australia, Indonesia, New Guinea, China, and Japan as well as tattoo art.

The Art of the Brick

From a 20-foot-long T-Rex skeleton, to  versions of Van Gogh’s “Starry Night” and Michelangelo’s “David,” this exhibit features sculptures crafted completely out of LEGOs. Contemporary artist Nathan Sawaya is behind the colorful works, which are traveling the world, and currently making a stop at The Perot Museum of Nature and Science.

Corpus Christi-based wildlife artist Kent Ullberg creates detailed sculptures of fish, sea mammals, turtles, birds, and land animals. Sixty-four of his sculptures are on display in this exhibit at The Art Museum of South Texas, along with the tools he’s used, including sketchbooks, drawings, and illustrations of the sculpture-casting process.

Justin Favela: All You Can Eat

Featuring recreations of Tex-Mex dishes as huge piñatas, this exhibit by mixed-media artist Justin Favela at the Houston Center for Contemporary Craft is meant to start a conversation about the Latinx experience in the United States by highlighting the dominant cultural narrative of Tex-Mex cuisine.

Men of Steel, Women of Wonder

This San Antonio Museum of Art exhibit contains versions of Wonder Woman and Superman you won’t find in a comic book. More than 70 paintings, photographs, installations, and videos featuring artist’s interpretations of the two superheroes are currently on display.

Burton Pritzker: Everything is Also Something Else

Photographs taken by Austin-based fine art photographer Burton Pritzker can be found through the end of the summer at The Museum of the Big Bend. This exhibit features abstract and stark images that strip away unnecessary elements.