At the Toilet Seat Art Museum in The Colony, You’ll Feel Moved By the Creativity

With 1,400 seats, plumber Barney Smith's collection is the largest—and only—one in the world 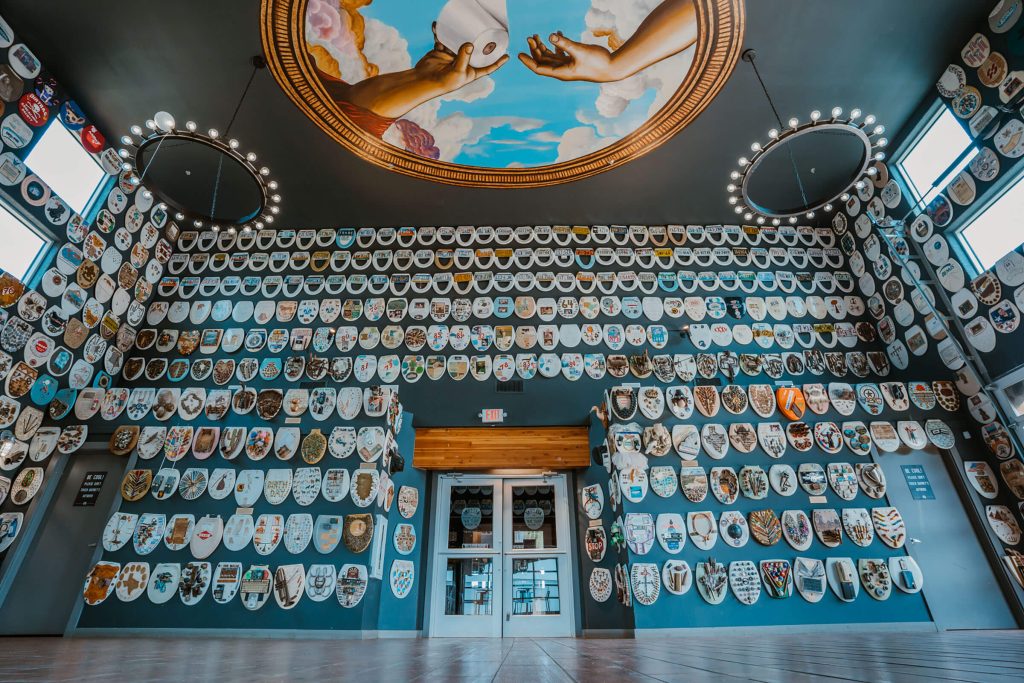 The new display room of the entire collection on the second floor of Truck Yard. Photo courtesy of Truck Yard The Colony.

If your life’s work were to be set up in one room, what might that look like? Important documents, photographs, maybe some books or movies. What about toilet seats? And better yet, what about hundreds of them? For Barney Smith, who became known as the King of the Commode, this was the beautiful reality.

Born in 1921, Smith was a plumber-turned-artist in San Antonio who used toilet seats as his canvas. Working with a variety of mixed media, as well as pulling inspiration from everything around him, he created a museum-worthy collection over the course of more than seven decades. In 2017, at the age of 97, Smith and his family decided to put the Toilet Seat Art Museum up for sale.

Jason Boso, owner of Truck Yard beer garden, found out about Smith and his eccentric hobby and reached out to the Smith family in hopes of acquiring and displaying it. “I’m always looking for really significant, unique culture pieces for my businesses,” Boso says. “[The family was] a little suspect of these people from Dallas who wanted to buy [the entire collection] from them. So they kind of vetted us and saw that we were real and wanted to highlight Barney Smith’s 70-plus years of artwork, and we made a handshake deal.”

The lucky buyer moved the collection from its original location in Smith’s San Antonio garage to the beer garden in The Colony—a 30-minute drive north of downtown Dallas—in 2019. It now boasts around 1,400 total pieces of artwork, most of them toilet seats, and sits on the second floor of the dive bar, in its own large display room next to the upstairs bar.

Artistically inclined from a young age, Smith told Roadside America that he incessantly pasted drawings and other artwork to the walls of his childhood bedroom. But he was born into a family of plumbers and decided to set aside any artistic pursuits to follow in their footsteps, and become a master plumber. However, the spark of art never went away, so when the chance to combine both of his passions presented itself, Smith went for it.

According to a 2017 interview with the San Antonio Report, Smith saw toilet seats headed for the landfill during a visit to a plumbing supply house and asked if he could take some. Inspired by the wooden mounts his father made for the family’s most prized hunting trophies, Smith removed a seat from one of the lids—guaranteeing that it wouldn’t be used again—and took it home to create his first piece. He took it back the next day to show the workers at the warehouse, and they let him take all of the remaining seats. He was, ahem, flushed with inspiration ever since. 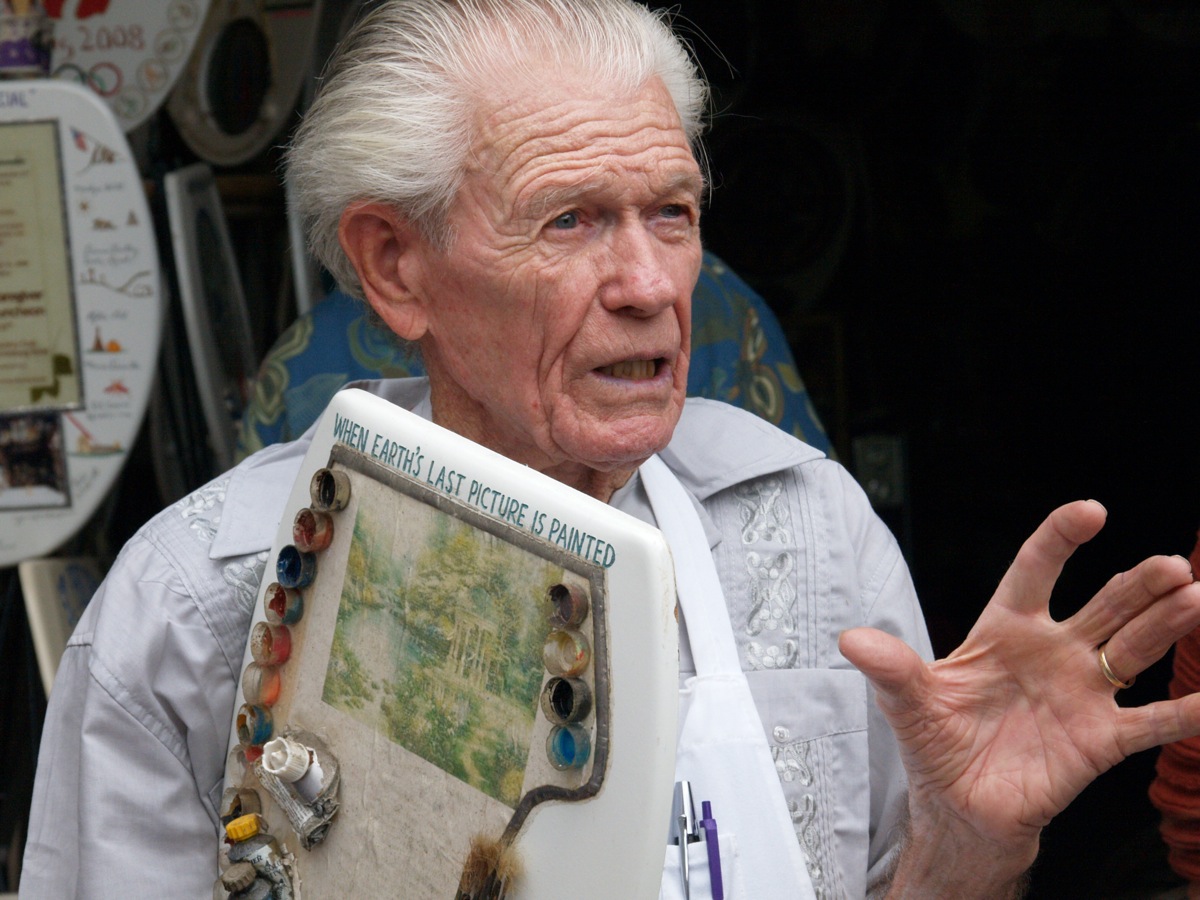 Barney Smith talks about his art outside of the museum in his garage. Photo by Julie Gomoll (CC by 2.0).

The subject matter of Smith’s artwork ranges from the personal (such as documenting love for America and his wife, who passed away in 2013, as well as chronicling the history of his surgeries) to the public (capturing Michael Jackson’s likeness, memorializing NASA’s 1986 space shuttle disaster, and paying homage to each state and their license plates and one for the U.S. Virgin Islands). Texas, as you’d imagine, inspired many of Smith’s seats—from its license plates to its college logos to its unmistakable shape formed with a variety of found items.

Altogether, the toilet seats serve as a history of one man’s life, while some even incorporate the visitors and fans of the museum. For instance, there are seats that capture the many motorcycle and car clubs that have stopped by to pay their respects and marvel at the collection. Daytime television host Montel Williams used to fly Smith out to his studio in New York City annually to make a celebrity appearance and talk about his new seats on air; he made a new one for every visit.

Twenty-seven years after the official Toilet Seat Art Museum opened in Smith’s garage, the collection moved to its current location. The Colony Truck Yard was still in the process of being built, but they rushed the construction and installation of the museum and held a ribbon-cutting ceremony for the family. “He’s a stoic man, he’s a World War II veteran,” Boso says. “But when I wheeled him in, I saw a little tear coming out of his eye when he saw it all. I just lost it and started crying.” Smith passed away a week later on July 23, 2019.

As a tribute to the artist, the seats are displayed in their original form, organized according to Smith’s liking. More seats are being added to the collection by local groups and artists to honor his legacy; so far only five are new, highlighting local organizations and businesses.

The museum is free for visitors. It’s a fun rest stop for anyone passing through. Just be sure to ask for the right toilet seat if you’re looking for relief.