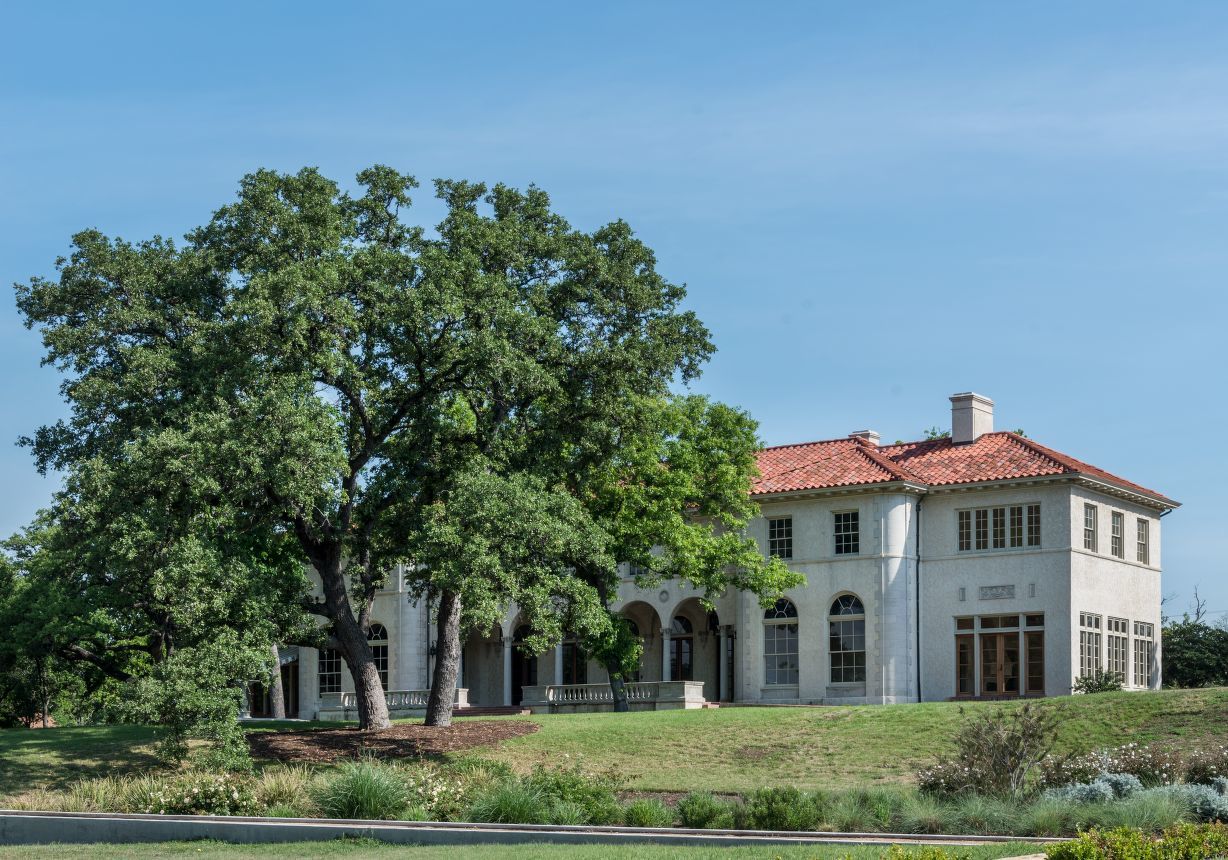 The exterior of the Commodore Perry Estate in 2014. Photo by Carol M. Highsmith, retrieved from the Library of Congress.

The first time developer Clark Lyda saw the Commodore Perry Estate in Austin was the summer of 1975. “My mother first drove me by the property to convince me to enroll in a new private school that was opening there that autumn,” he remembers. “I saw the house and the gardens and was immediately taken with the place.”

From then, he dreamed of one day owning the grand, historic home built in 1928 and its surrounding lands. While Lyda went on to college and careers in documentary filmmaking, ranching, and real estate development, the Commodore Perry Estate remained a private school under different owners. After a missed opportunity to purchase the parcel in 1995, Lyda finally acquired it in 2010 with local partner, The Marchbanks Company.

Now, a decade later, the property opens to the general public as luxury hotel Commodore Perry Estate, Auberge Resorts Collection on June 29. Featuring a swimming pool, English gardens, and restaurant, the lodging returns the 10,800-square-foot mansion and its grounds to its former glory, with some new additions. The manse features five suites designed to reflect the original inhabitants, and a neighboring three-story building houses 42 rooms and seven suites. 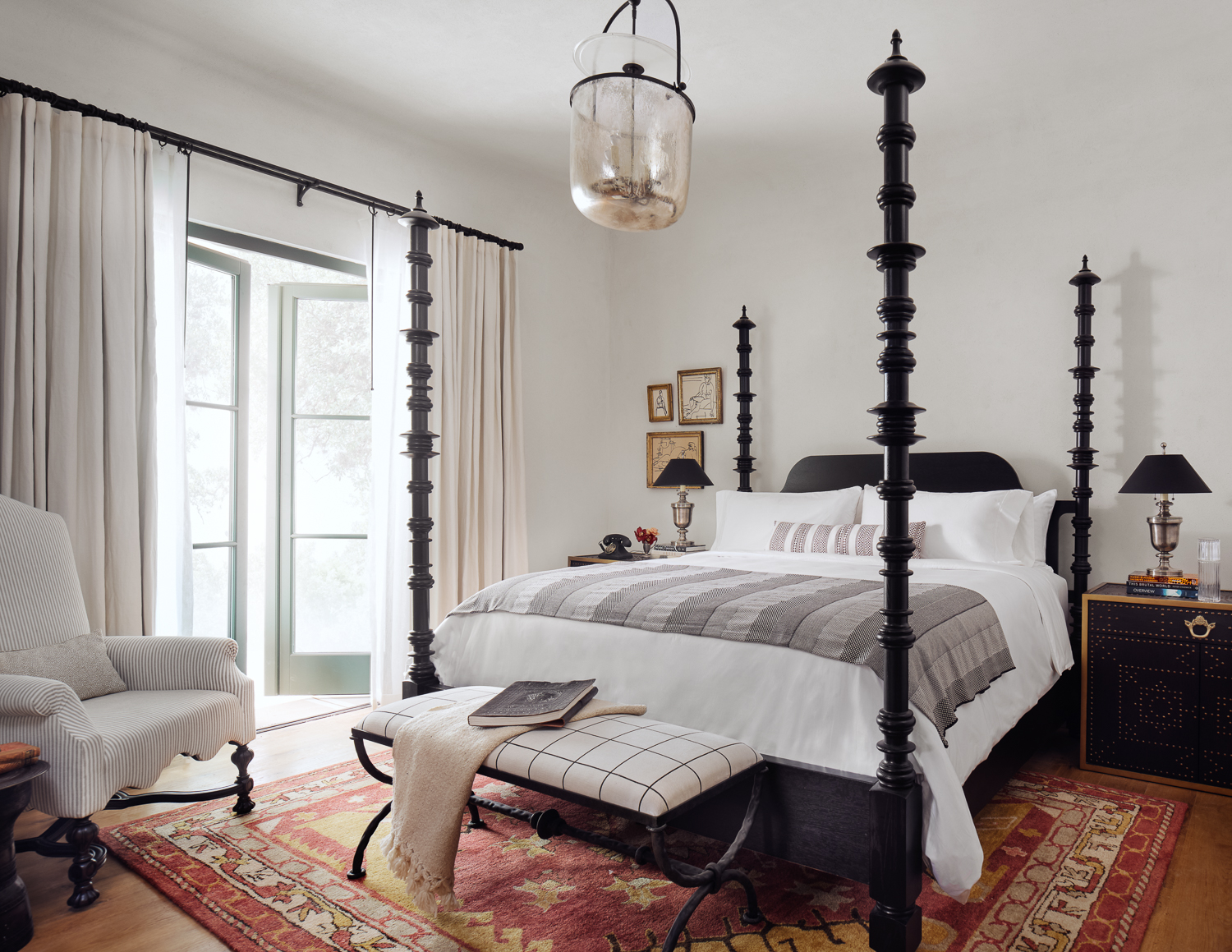 The Commodore Perry Estate was originally built for Edgar Perry, and his wife, Lutie, in what is now known as the Hancock neighborhood, just north of the University of Texas campus. Perry made his fortune shipping cotton from Texas to Europe, and his title of “Commodore” was more of a playful nickname given by friends than an official naval ranking. The palatial Italian Renaissance Revival home designed by Dallas architect Henry “Hal” Bowers Thomson became famous for its Gatsby-esque parties. The land also originally held a guest house, swimming pool, bowling alley, six-car garage, greenhouse, and sunken garden. The Perrys moved out after living there for nearly 20 years, and in the following decades, the site served as a school and event venue.

Through the hotel, Lyda seeks to invite the public into the estate’s “palpable sense of history” and “architectural beauty, elegance, and a bit of secrecy.” Here, he reveals his passion for the former home, its history, and its latest iteration.

Why were you so drawn to the Commodore Perry Estate?

I have always felt deeply protective of the estate—almost personally responsible for its survival and preservation because I have seen so many other extraordinary places destroyed by the lack of an economically sustainable mission. Both the family and the school who collectively owned the estate from 1975 to 2010 saved it from destruction, but it was clear to me that this extraordinary place in the middle of Austin needed an economically sustainable mission if it was to survive another 100 years.

How did you learn about the Commodore Perry Estate’s history?

The small private school I attended on the grounds published a school newspaper and a yearbook. I worked on both and used the opportunity as an excuse to research the estate at the Austin History Center and to take photos. Over the years I’ve amassed a complete collection of archival photos and history of the estate and neighborhood, including the book Mr. Perry wrote about Austin in 1956. I’ve also had the pleasure of getting to meet and visit with a members of the Perry family who still live in Austin.

What are you excited about people experiencing at the new Commodore Perry Estate, Auberge Resorts Collection?

For 45 years, my life has crossed paths with the estate, [and] every time I have returned, it has felt like I was returning home. The estate is a refuge in the middle of what is now a large and hectic city. It is an oasis where guests can pause, be safe, enjoy privacy, have a conversation with an interesting stranger, experience hospitality on an intimate or a grand scale, make a new friend, and, if they are lucky, feel a hint of the joy experienced by the many people who have come before them to this extraordinary place.