After a summer of fun for swimmers, the spring-fed pool will close from Sept. 3 to spring 2020. The closure comes on the heels of the pool’s reopening in March after a 10-month closure to repair a crumbling pool wall. 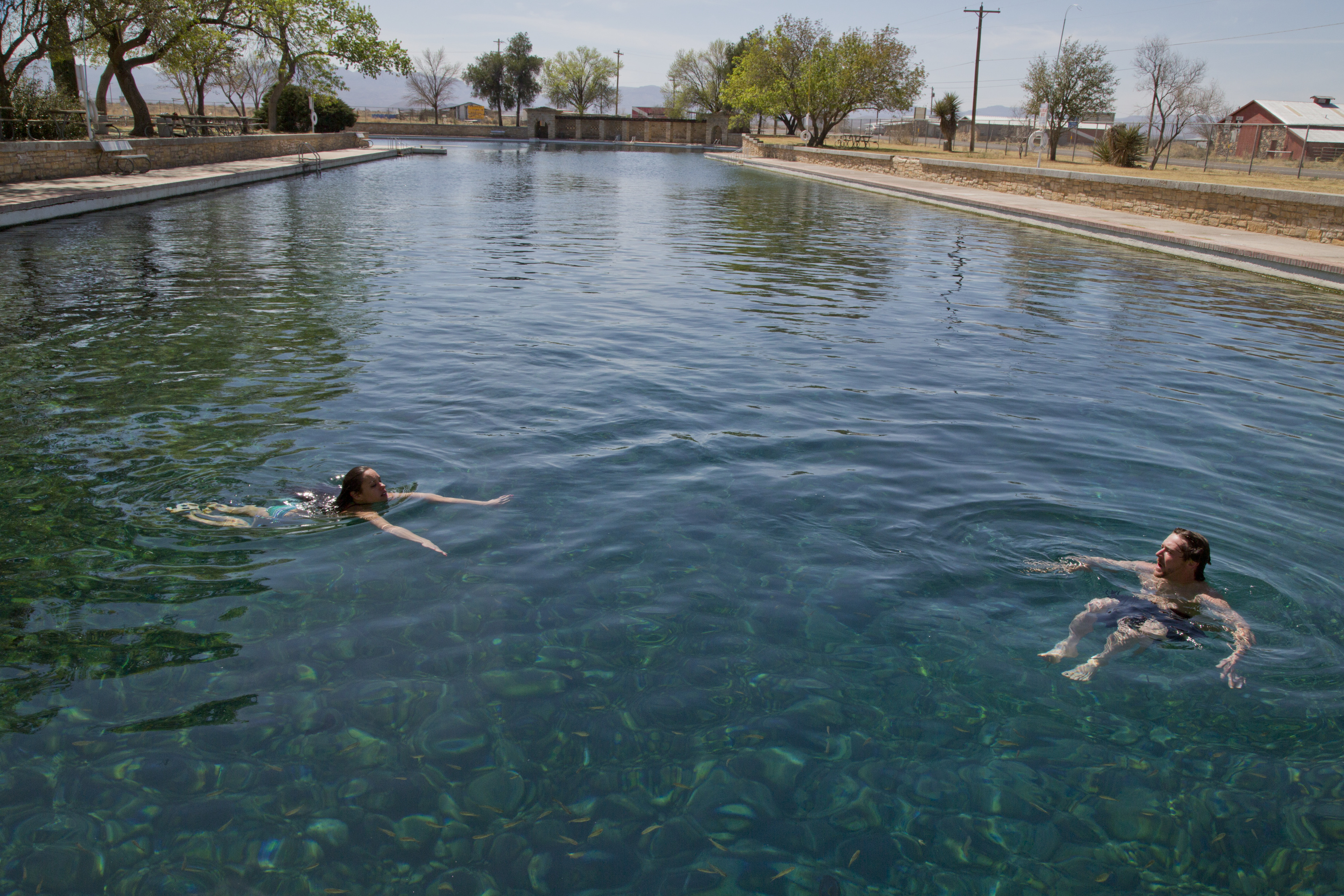 Balmorhea State Park, the scenic spring-fed pool that draws swimmers as a high-desert oasis in West Texas, will close for about six months starting Sept. 3 to fix its failing septic system. News of the pending closure comes on the heels of the pool’s reopening in March after a 10-month closure to repair a crumbling pool wall.

“It’s one of several infrastructure and facility needs at Balmorhea that have been on our radar,” said Tom Harvey, Texas Parks and Wildlife Department spokesman. “The park has been able to remain open with some short-term, temporary fixes—we knew it would be good to serve public demand to try to stay open through the summer. Unfortunately, it’s now necessary to close the park to make septic repairs.”

The entire park is expected to remain closed until spring 2020, officials said. It’s the latest in a string of shutdowns at the popular 45-acre park.

The state park’s 18-unit motor lodge and the adjacent campground closed in September 2017 for renovations and repairs, and work continues with no predicted reopening date. Crews are working to return the lodge to its 1930s appearance, replace plumbing, rewire electricity, and make roof repairs. They’re replacing utility infrastructure and building a new bathroom and shower house in the campground.

That project is taking longer than expected because nearby oilfield work has increased demand for construction in the area, said Carolyn Rose, park superintendent.

The park’s V-shaped, 1.3-acre spring-fed swimming pool also closed for about three weeks this summer for repairs to a drainage gate.

Rose said crews initially noticed issues with the park’s septic system just before lodge renovations began two years ago, but they turned out to be more extensive than initially thought.

The septic problems pose no threat to the pool, an environmentally-sensitive oasis populated by two endangered species of fish, she said. The septic drain field is not close to the pool.

Rose said the park has been plagued by clogged toilets. Visitors have exacerbated the problem by flushing foreign objects—including swimsuits, clothing, and plastic packaging—down the toilets, Rose said. Repairs will include basket filters to catch debris.

Park officials said they sympathize with the public’s frustration about the repeated closures.

“They want to swim, and don’t understand why we can’t just keep the pool open. But we can’t let people come into the park when we don’t have a place for them to go to the bathroom,” Rose said.

While the park is closed, crews will reinstall the historic pergola, a stone shade shelter near the diving board that was removed during pool repairs. Plans also call for a new wrought-iron fence to replace the existing chain link that surrounds the pool.

“The park staff is really looking forward to having all the renovations and repairs done and it being a beautiful park again,” Rose said.

The cost of the septic repairs was unclear.

The West Texas park has seen increased visitation in recent years. In May 2017, it began capping visitation at 1,300 people per day.