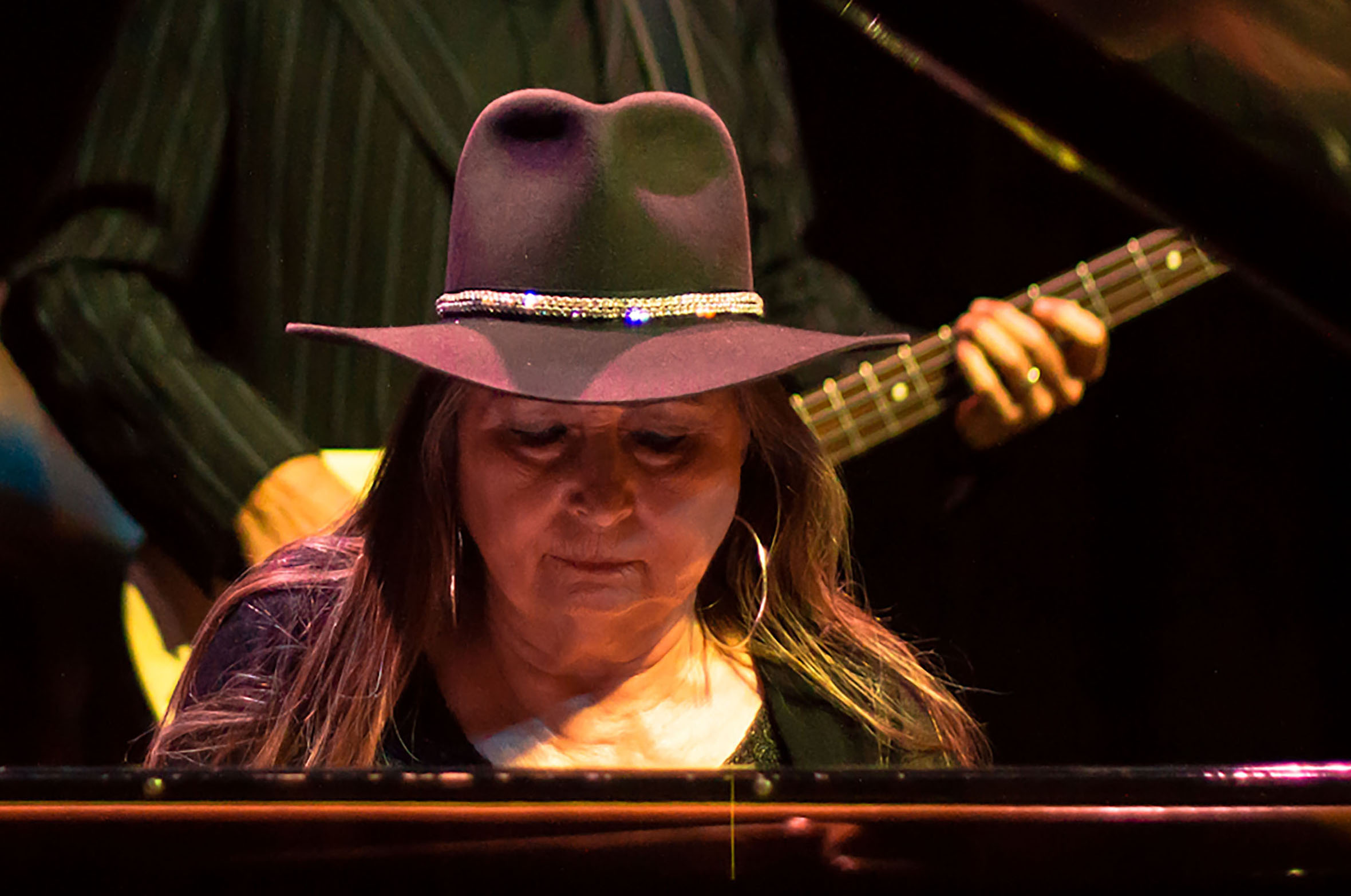 He called her Little Sister Bobbie, but she was in fact Willie Nelson’s big sister in so many ways. Bobbie Lee Nelson died on March 10, 2022, at the age of 91. Hers was a well-spent life.

Born two years before Willie, Bobbie was the first to be taught music by the grandparents who raised them in the town of Abbott. After learning the pump organ, she attended gospel singing conventions in nearby Hillsboro. At age 6, she showed enough talent for her grandfather to buy her a piano, and soon she was playing piano at the Abbott Methodist Church.

Special occasions at their elementary school typically meant Bobbie Lee and Willie Hugh entertaining their classmates by singing and playing. When Bobbie married at 16, she and her new husband started a band, Bud Fletcher and The Texans, and she recruited her little brother to join on guitar. Their radio show on KHBR in Hillsboro and performances at honky tonks in the area brought enough attention to Willie that several girls started the very first Willie Nelson fan club.

After their marriage fell apart, Bobbie moved to Fort Worth and provided for her family by working for the Hammond Organ Company. She demonstrated how easy it was to play the organ by performing at El Chico Mexican Restaurant and Wyatt’s Cafeteria (organ serenades were a big thing in Fort Worth dining establishments at the time), and at the annual rodeo and stock show.

Bobbie remarried, and her husband operated a gas station, which provided Willie with a steady job in 1958 while he pursued a career as a songwriter and performing artist. He struck gold in 1960, when his compositions “Hello Walls,” “Funny How Time Slips Away,” “Crazy,” and “Nightlife” became hits for Faron Young; Jimmy Elledge and Joe Hinton; Patsy Cline; and Ray Price, respectively.

Following a 10-year run as an established Nashville songwriter and RCA Records recording artist, Willie returned to Texas when his house burned down in Ridgetop, outside of Nashville on Christmas Eve 1970. Willie and band retreated to Texas, to a bankrupt dude ranch outside of Bandera. Willie discovered Austin when he came to visit Bobbie.

She had already landed in Austin in the late 1960s and found work on the piano bar circuit. One of her biggest fans at her regular gig at Mike and Charlie’s was Darrell K. Royal, the head football coach at the University of Texas, who would later become one of Willie’s closest friends. She always led the way, looking out for her little brother.

Willie became a one-name superstar in the late 1970s on the heels of the albums Red-Headed Stranger, Stardust, and Wanted: The Outlaws. Bobbie was by her little brother’s side again, adding her straight-up honky-tonk piano to the expansive sound of the Family Band, which was as much a rock jam band as it was country-western. Her sound brought levity to what sometimes seemed like a screaming, screeching truck barreling down a mountain road without brakes.

In the mid-1990s, when Willie Nelson and Family toned down their live sound, with drummer Paul English switching to brushes, Bobbie’s piano became the glue of the live band.

They recorded albums together, playing the church music and pop songs they’d grown up with.

Brother and sister traveled together on Honeysuckle Rose, Willie’s bus. As the players reached their 70s and 80s, the running times of shows became a reasonable 90 minutes or so—the nights of four-hour marathons were behind them. Willie would continue delivering what the crowd had come for. At the end of an evening, he would finally leave the stage as the band played on. But the bus never left a gig until Bobbie was on it.

Of all the relationships she had and he had, no one was closer than Bobbie Lee and Willie Hugh. I caught a glimpse of that about 12 years ago. The congregation at Abbott Methodist had diminished to the point of merging into another congregation in Hillsboro. The church building was going to be sold, but Bobbie and Willie stepped in to buy the building and keep the church going on an independent basis.

I was tipped off that Willie and Bobbie were going to attend church services one Sunday and found a space in a pew in the small chapel. The proceedings began when Bobbie Lee Nelson took her place on the piano bench and started to play sweet spiritual melodies. A few minutes into the service, Willie showed up, and when called, he stood in front of Bobbie and sang “Family Bible,” a song he’d written and sold for $50 when he was a struggling songwriter in Texas.

Willie’s voice rang true and clearer than ever as he worked familiar lyrics:

“I can see us sittin’ round the table

When from the family Bible dad would read

I can hear my mother softly singing

The piano behind him lifted his voice just a little bit higher. Sail on, and carry that sweet melody.

Writer-at-large Joe Nick Patoski is the author of Willie Nelson: An Epic Life. This obituary was originally published on Patoski’s personal Facebook page on March 11, 2022.