Counting Down: An SMU Historian Studies the Origins of Our New Year’s Eve Traditions 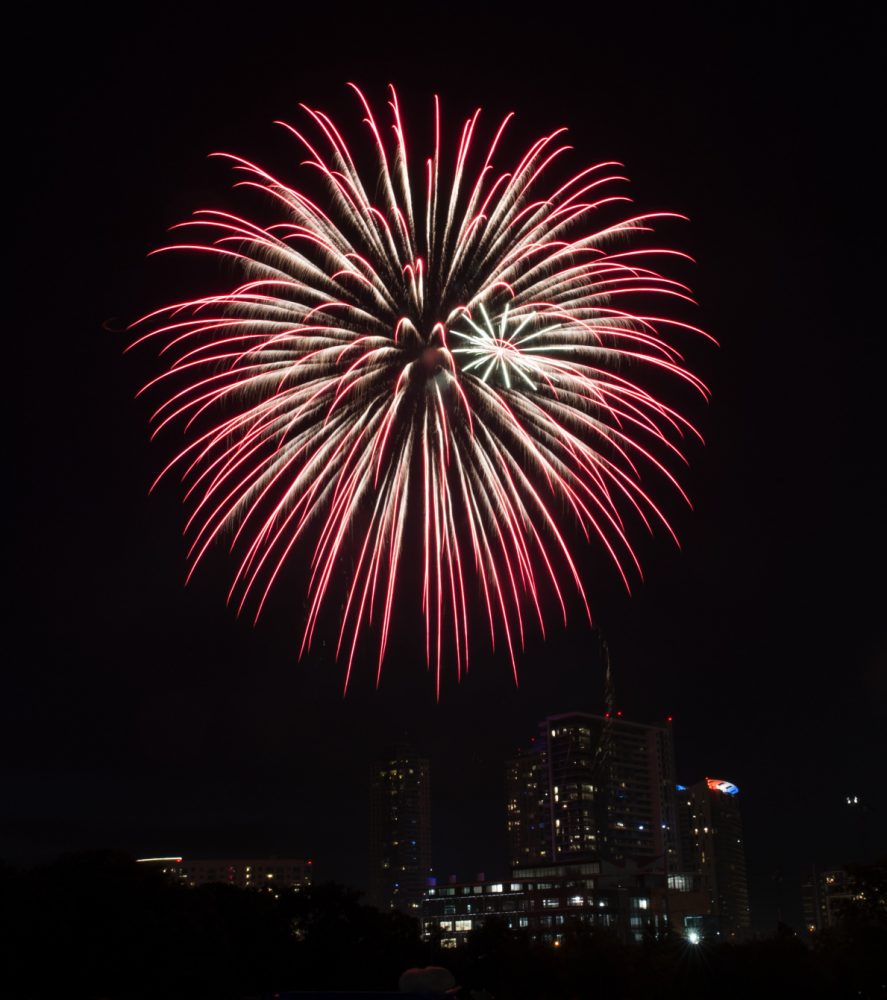 The countdown to midnight on New Year’s Eve feels like a tradition as old as Father Time. But this ritual is actually a child of the 1970s. The New Year’s countdown was born in 1978 when the crowd in New York City’s Times Square, waiting for the ball to drop, spontaneously started to shout out, “10, 9, 8, 7….”

But why then and there? Dr. Alexis McCrossen, a temporal studies historian who has taught at Southern Methodist University in Dallas since 1995, has the answers. In her forthcoming book, Time’s Touchstone: The New Year in American Life—scheduled for 2021 publication by the University of Texas Press—McCrossen uncovers the origins of this year-end tradition and others. We asked McCrossen about her recent discoveries on the countdown, the Times Square ball drop, and the cultural significance of the new year.

TH: In the research for Time’s Touchstone, one of your discoveries is that the first New Year’s Eve countdown in Times Square didn’t start until many decades after the first ball drop. Could you start by telling us about that first ball drop?

McCrossen: The moment of midnight on the New Year as a clock-oriented holiday only developed in the late 19th century. Time used to be measured in days, weeks, months, seasons. By the end of the 19th century, there were thousands of public clocks on church towers and government buildings. So then time’s being measured in hours, minutes, and seconds because clocks became ubiquitous. 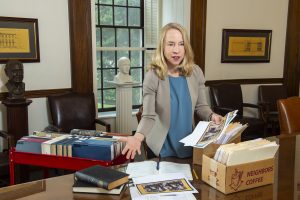 TH: It’s interesting to think that not so long ago we weren’t always so hyper-aware of the specific time of day.

McCrossen: In the 1880s and ’90s, churches would ring their bells at the moment of midnight, so you’re beginning to pull people out into public spaces on New Year’s Eve. So you have the tolling of the bells announcing the arrival of midnight. But this was still a relatively small group of people who would come out for these sorts of clock-oriented festivities.

The New York Times enters into this story in that, shortly after 1900, they move out of what was called Publisher’s Row in Lower Manhattan to what became renamed Times Square. They wanted to draw attention to their new location. In 1907, they decided to adopt this contraption known as the time ball.

TH: So that’s how Times Square got its name. What’s a time ball?

McCrossen: The time ball was basically what we see on New Year’s Eve. That is a very large visible ball that would descend down a pole at a given moment of time as a way to relay the accurate time every day so that people would be able to reset their watches or clocks. Then we had telegraphs that could telegraph the accurate time from an observatory, but of course you’d have to be somewhere to receive the telegraphs to know that it is exactly noon. The time ball became a way to publicly let thousands of people know, or city crowds, that it is exactly the moment of noon when the ball began to descend down the pole. It never really worked particularly well. It sounds antiquated to us, but at the time it was considered on the cutting edge of time technology. So, The New York Times realized that it could take this time ball and create a visual … and it would give them a publicity event. They dropped an illuminated time ball on New Year’s Eve, 1907, and then they reported about it in their newspaper the next day, of course. And each year they continued to drop this time ball, and each passing year, the dropping of the time ball gained a little bit more attention. In the 1920s, the radio began to cover it, and it was still a relatively local or regional event. It wasn’t a national or international event until the 1960s. It became a kind of symbol of the arrival of the new year. It was a way to compress many more complex kinds of feelings and emotions into one kind of ritual and one symbol.

TH: How did the countdown tradition begin?

And so by the 1970s, there was a kind of cultural obsession with countdowns in popular culture. That translated finally into Times Square, where the ball did drop at midnight ever since 1907, but nobody was actually counting it down. The crowds didn’t stand together and go, “10, nine, eight,” right? I know this because I’ve listened to radio recordings from Times Square in the 1920s, and the crowds aren’t counting down. The crowd doesn’t join in, not until 1978. That’s one of my big research findings.

TH: You’ve said that the New Year brings on a lot of complex feelings. As a time historian, why do you think that is?

McCrossen: New Year’s is when we reckon with the past and dream about the future, and that’s why it’s a liminal moment of time. It offers a moment in which we can feel complex feelings—feel regret about the past, feel remorse, feel sadness, feel loss. There’s a list of all the great moments, but there’s also the list of the losses, of the tragedies of that particular year. And yet the arrival of the new year gives us this opportunity. If we feel remorseful, if we made mistakes, we might reckon with those, but then we’re also offered a chance to make it up. We make resolutions for how we’re going to do better.