The annual event takes place this weekend, with around 200 sculptors bringing creativity and tricks of the trade to the art form 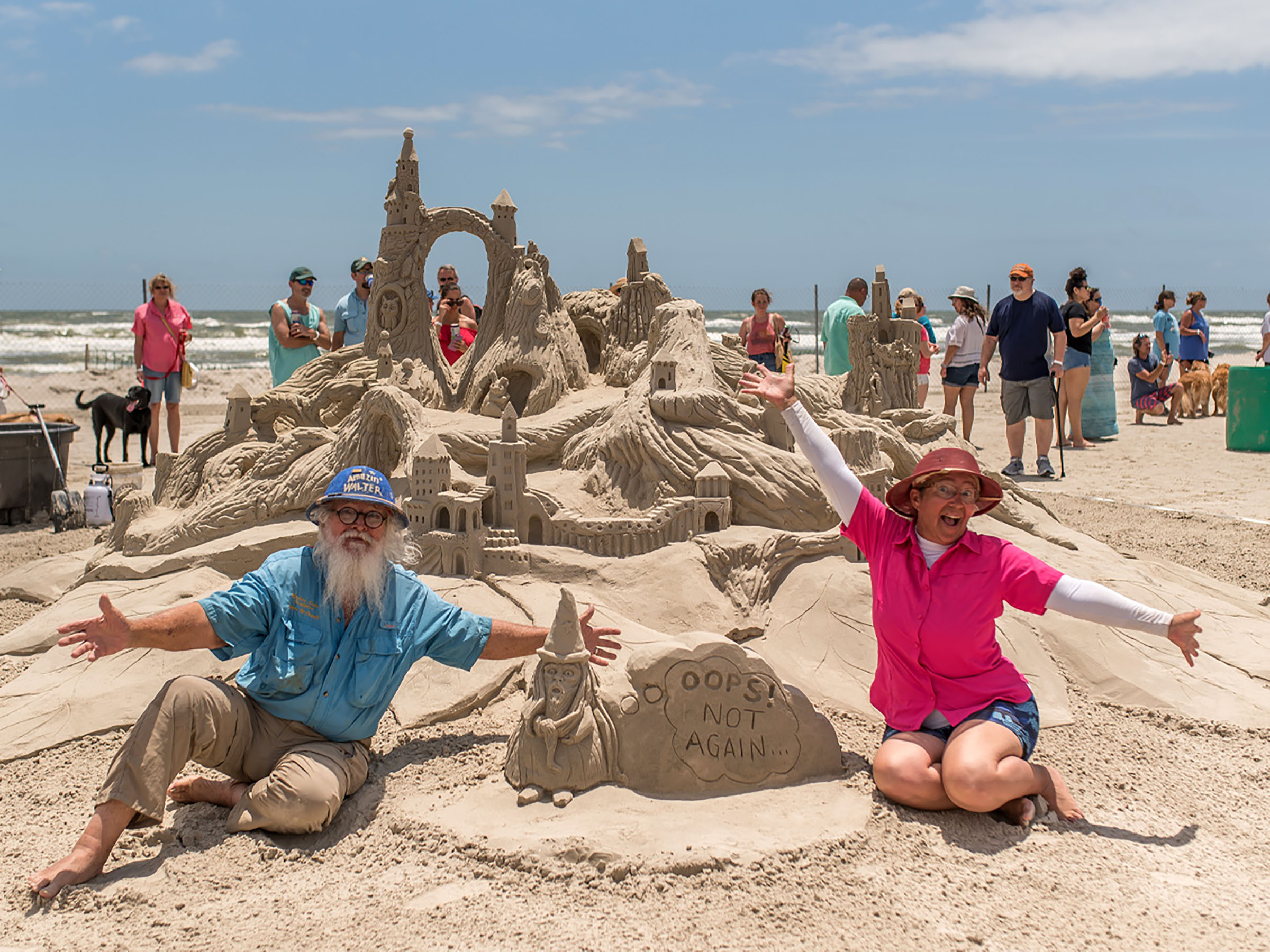 Every year as temperatures rise, friends and families from across the state descend on the long, wide beaches of Port Aransas on Mustang Island. Chances are, if you visit during Texas SandFest, you might see some famous faces, too.

This weekend marks the 25th anniversary of the annual spring event, the largest native-sand sculpture competition in the United States. It attracts the art form’s top talent, along with more than 35,000 annual spectators. In years past, the artists have sculpted larger-than-life replicas of everyone from Carlos Santana to Abraham Lincoln and Willie Nelson, and an array of animals, mythical creatures, and garden gnomes, to name a few.

At this year’s competition, 20 master sculptors are vying for sand-sculpting glory along with eight semipros from the U.S., Canada, Italy, and France, and 150 amateur sculptors, who participate on a first-come, first-served basis. In all, their creations will be made using roughly 230 tons of sand.

Before she was the event’s coordinator, Suzanne Altamare of Daytona Beach first came to Mustang Island as a competitor in the early 2000s. Over the years, she has seen Texas SandFest grow from a small local competition to an internationally recognized three-day festival.

“When I started coordinating the sculptors in 2008, it wasn’t anywhere near as big as it is now,” she says. While the artists are mostly given free rein to express themselves, Altamare does have one rule, saying, “I don’t want to see any political agendas or politics out there. We’ve had enough of it, everyone has.”

In addition to watching the artists at work, the event, which stretches down the beach from mile markers 9 to 13, has live music, food trucks, shopping, and sand-sculpting classes for kids of all ages. Best yet, the funds raised through admission fees, beer sales, official merchandise, sponsorships, and donations help provide scholarships for high school students and support local charities and venues like the food bank and animal shelter, along with the Port Aransas Community Theatre, the Fire Department, and the EMS.

The size of the sculptures is limited only by the amount of sand supplied. Master solo contestants are given 10 yards each (a yard of sand weighs roughly 1.3 tons), while the teams of master doubles get 20 yards, and the semipros get 9.

Solo masters, who work within a 20-square-foot area, can create for up to 30 hours over a four-day period, with master double teams getting the same amount of time with a slightly larger 30-square-foot workspace.

Sue McGrew of Washington State and Benoit Dutherage of Southern France are one of the master duo’s participating this year. Like most sand sculptors, McGrew and Dutherage have learned the art form through years of trial and error. “There is no sand-sculpting school,” says McGrew, explaining that each artist has his or her own unique approach and technique. “The sculptures themselves are just sand and water … and sometimes a little bit of sweat, blood, and tears.”

She and her fellow sculptors use a wide range of tools, from straws to shovels, forks, palette knives, and horse brushes, along with their feet, which help compact the sand after being mixed with water.

While the sculptors are at the mercy of both the elements and tides, the sand on the Texas coast is thankfully in their favor. “The sand here is super fine like powder,” says Dutherage, who was a chef in his former life. McGrew agrees, adding that while she often works with river sand because it’s finer and has a higher silt content, the sand on Mustang Island is exceptional.

Most poignant to both sculptors is the art form’s fleeting, ephemeral beauty. “We put so much energy in the sand, and we know in the end it will go away,” Dutherage explains.

Over the years, Altamare has seen thousands of spectators respond to the sculptures on Mustang Island. “It’s very inspirational,” she shares. “Sometimes people cry. You can bring out a lot of emotions with sand.”

By the end of the weekend, prize money is awarded to the people’s choice winner, in addition to the first and second choice in each category. Even with its competitive spirit, however, Altamare says the warm, friendly atmosphere of Texas SandFest makes it uniquely special. “We get to stay together at the beach lodge, we eat together, we’re kind of a weird little tribe,” she says, laughing. “We’re very much at home here.”