Retired Houston police officer Hernán Moreno Hinojosa draws on the stories of his Hebbronville childhood in his fourth collection. 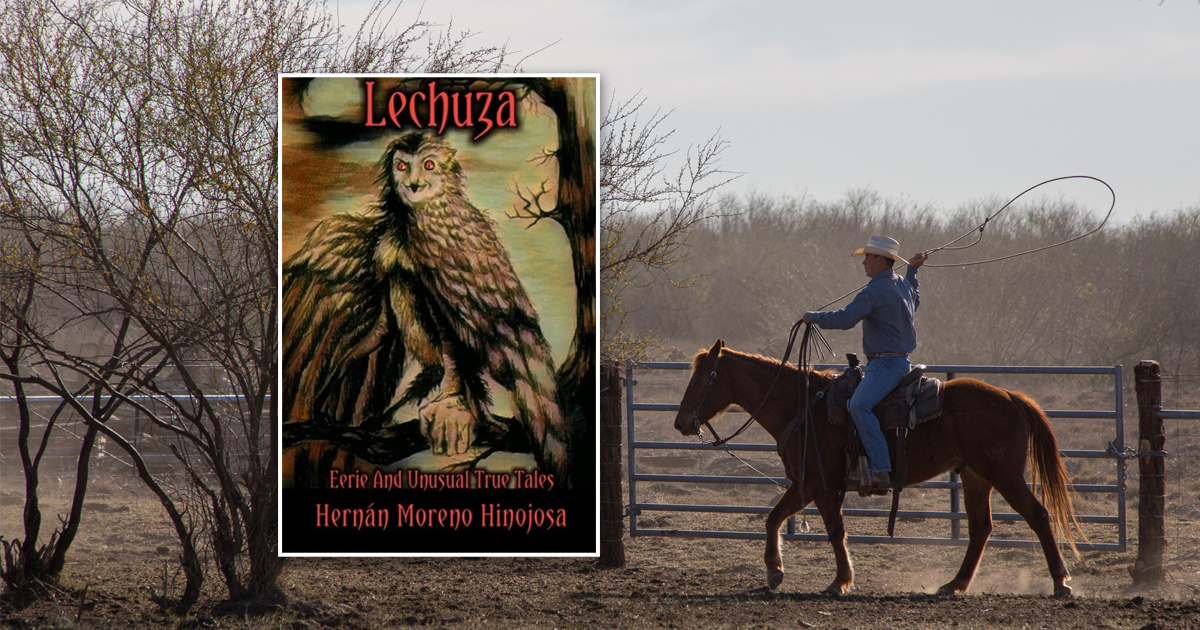 The Spanish dictionary translation of lechuza is “barn owl,” but in Mexican American folklore, the lechuza is a shape-shifting figure that changes into an owl, usually to bring misfortune to someone. Houston author Hernán Moreno Hinojosa draws on the legend of the mythical bird in his new collection of South Texas folk stories, Lechuza: Eerie and Unusual True Tales.

“I began collecting stories when I was about 16,” says Hinojosa, a retired Houston police officer who grew up in Hebbronville. After publishing a folk story in a Houston magazine in 1994, he was invited to tell stories for schools and other groups all over the city. “The department loved the positive publicity,” he recalls.

In his fourth book, Hinojosa, who has taken on the nickname “Folklorist of the South Texas Brush Country,” recounts some of the stories he learned from relatives when he was a child.

The title story of the book, “Lechuza,” tells of a Korean war veteran who lives next door to a woman rumored to be a witch. He thinks she’s harmless but her cat keeps coming over the fence to kill songbirds that he feeds. He becomes upset when the woman insists it isn’t her cat killing the birds. While attempting to tamper-proof his bird feeder, he is attacked by a lechuza, which he hits with a shovel and kills as he realizes the bird is the shape-shifting old woman. The next morning, his backyard is full of songbirds.

Another tale, “The Dark Night of the Mannequin,” retells the legend of Pascualita from Chihuahua City.

“A mannequin in a boutique window comes to life each night and wanders the streets,” Hinojosa explains. “She is believed to be the daughter of the owner, who died of a spider bite or scorpion sting as she stood at the altar to be married.” The tale is known throughout Mexico.

Another tale, “Candelaria’s Sorrow,” harkens to a time the author was sent by his father to La Florida Ranch near Hebbronville to check on water for the cattle herd.

According to legend, a young woman named Candelaria had committed suicide on the ranch in the late 1800s by drowning herself in a well.

“She loved a young cowboy, but her father arranged for her to marry an older, wealthier man,” Hinojosa says. “All the people left the ranch, abandoning houses, after she died because they could hear her crying at night. I found her grave and thought I heard her crying, but it could have been the wind in the arroyo.”

The folklorist also collected tales from an uncle, Nieves Hinojosa, whom Hernán Moreno Hinojosa described as a “brilliant storyteller.”

“My ‘Lady Death’ story came from him,” he says. “Near an arroyo where people thought they heard souls being tormented in hell, a field worker saw a woman in a black dress covered with shiny discs. ‘Follow me,’ she said. ‘I will make you happy.’ He followed but saw that her feet didn’t touch the ground. Then she turned around, and he saw her skull face with red glowing embers for eyes.” It traumatized the field worker so much he would sit outside a cantina with his rifle in his lap.

Riding home past the arroyo, another worker who had teased him for being scared by a woman lowered his head to make it past the crying souls. Looking back, he saw the skull-faced woman riding behind him.

“But it turned out to be cobwebs with twigs, dangling from his hat,” Hinojosa explains. “And the arroyo of souls? It turned out to be a den of squabbling raccoons. Uncle Nieves hid his tequila there during Prohibition.”