In the Instagram Age, Posting Responsibly to Protect Natural Treasures

Instagram kindles wanderlust for millions around the globe, but it’s also increasingly denounced for spurring a bevy of bad behaviors in parks and natural environments. 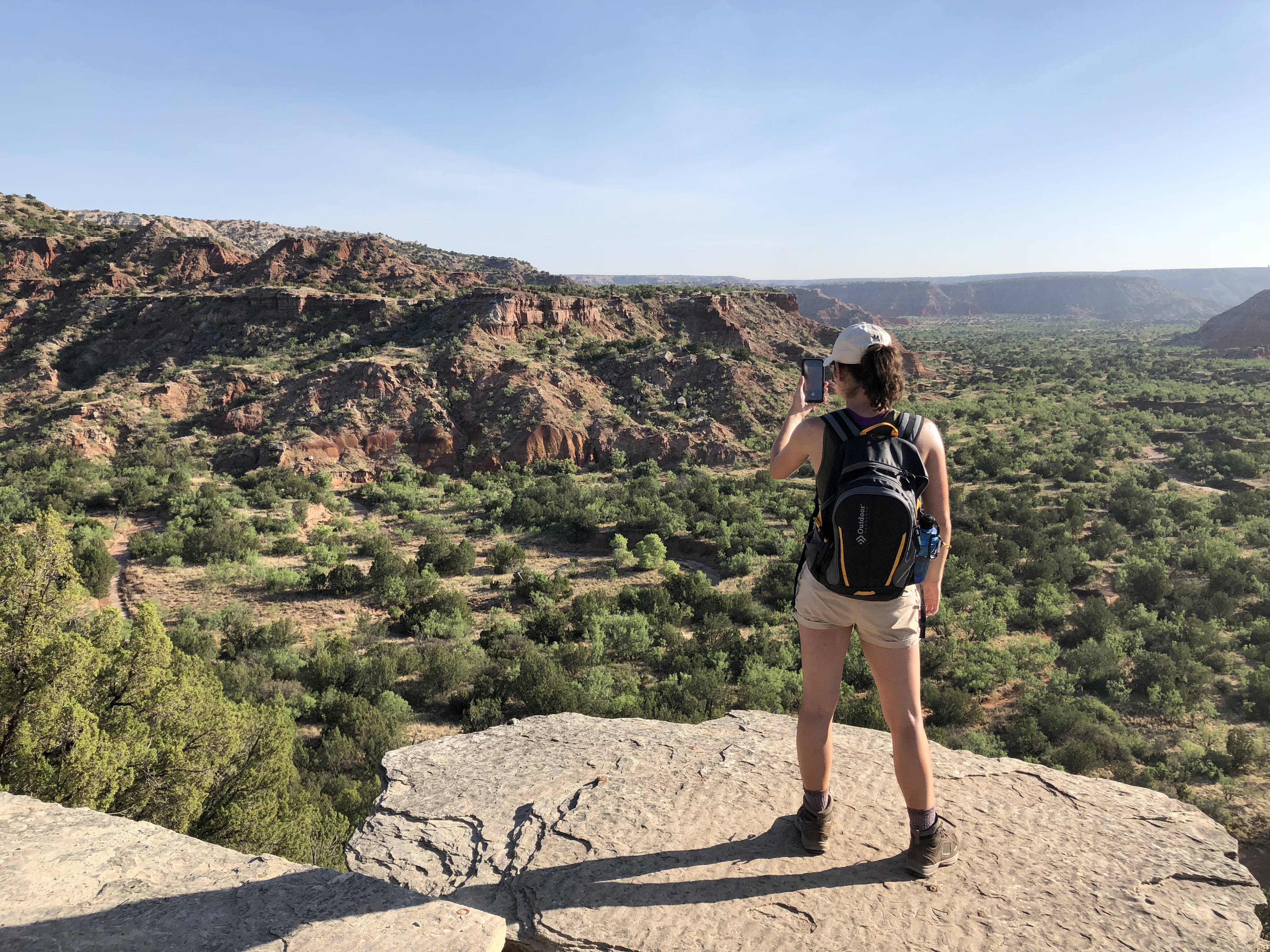 We’ve all likely been through this scenario at least once or twice. You’re scrolling through your Instagram feed when you see that one picture that causes your thumb to raise up and your jaw to drop down.

Before you double tap to like the post, you stop and think, “I’ve got to go there.”

Whether you actually make that trip or not, Instagram kindles wanderlust for millions around the globe, but it’s also increasingly denounced for spurring a bevy of bad behaviors in parks and natural environments—everything from trampling flowers during this year’s superbloom in California to, more recently, people dipping their toes into a toxic, albeit beautiful, man-made waste site in Siberia.

This topic comes up often in the School of Journalism and Mass Communication at Texas State University, where I teach digital media topics, including Advanced Social Media and Analytics. Each summer, I take a group of students to state and national parks for a mobile storytelling class as one of the university’s “Study in America” programs. One lesson I hope students take away from the experience is the importance of finding that sweet spot of creating content that catches the attention of their peers while doing so in a way that also advocates for our parks.

It’s easy to blame Instagram influencers or wanna-be influencers for all the world’s problems. You don’t have to travel much, or far, to witness cringeworthy actions. (While traveling with students a few weeks ago, I saw a woman lay down in the middle of a protected meadow in Yosemite National Park for an impromptu photoshoot.) There are even anonymous accounts like @publiclandshateyou and @youdidnotsleepthere to publicly shame users who are “doing it for the ‘gram.”

Fortunately, there are also plenty of popular accounts applying their influence to promote stewardship and responsible usage of fragile landscapes and environments. For instance, one of my favorite follows is Jess Dales, a writer and photographer based in Seattle who travels the world to share gorgeous landscapes with her nearly 700,000 followers on Instagram. Dales is mindful of the effects her posts may have on her audience—both positive and negative.

“I think about it more now than I did in the beginning because the larger my audience grows the more I am a target for people who are definitely going to let me know if they don’t appreciate what I just posted,” Dales said. “I want to be a good steward and be responsible with what I’m posting, but my community holds me accountable for what I put out there—and that’s a good thing.”

In reality, it doesn’t matter who you are or the size of your following: All nature lovers play a role in encouraging sustainable and ethical behavior in public lands.

“There’s a balancing act between preservation and use that is being tested like never before, and it falls on us—the outdoor photographers, the explorers, the people who work and study in the great outdoors—to speak up for the environment and to educate the public about simple practices of conservation and leaving a place better than they found it,” said Aaron Bates, a nature photographer based in Austin. 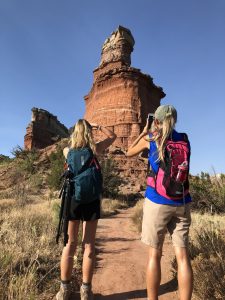 So how do we collectively affect change through what we share on Instagram? Fortunately, there’s guidance from The Center of Outdoor Ethics, the same group behind the Leave No Trace  principles of outdoor activity, such as properly disposing of waste, respecting wildlife, and leaving what you find. In the past year or so, the center released a framework for social media users to consider when posting about the outdoors. One of the most impactful things to do is to only post or share photos of people practicing those Leave No Trace philosophies, like staying on the trail.

Ky Harkey, the director of interpretation at Texas Parks and Wildlife, noted that staying on the trail is relevant at parks across Texas.

“If you look at a trail like the Summit Trail going up Enchanted Rock, this rock path is very durable,” he said. “It can take people going all day. But, on that same trail, when you have people walking into the grassy parts, those are much more fragile. At the top, we have these vernal pools, and those are really fragile. Anything around water features in state parks is going to have more fragile vegetation and things like that are going to be prone to damage from visitors getting off the trail or going to areas they’re not supposed to be.”

Along those lines, it’s important to follow the rules. Keep your dog on a leash in a state park or off unpaved trails in most national parks. Keep a safe distance from wildlife using the “rule of thumb”—if you can hold up your thumb and it covers up an animal, you’re a safe distance away. Don’t fly a drone in a state park without permission from the park superintendent; and never fly them in a national park. These are simple rules to adhere to—and the only way your photos will ever potentially be shared by agencies like Texas Parks and Wildlife Department.

“Especially as a state agency, we are setting the example of how people should behave in the outdoors and how you respect the land and the wildlife,” said Whitney Bishop, the social media coordinator for Texas Parks and Wildlife. “People learn by example. If they see pictures of other people doing it, then they think it’s okay. We always want to show the good examples of how to be out in nature responsibly.”

One final rule to keep in mind? Don’t kill the wildlife. Bishop said she gets a large number of requests to identify wildlife on social media, but the person already killed the animal or insect before taking the picture.

Perhaps the most debated practice mentioned in the new guidelines pertains to geotagging, or sharing the location within the post of where the photo was taken. The Center of Outdoor Ethics recommends general geotags—like a park name, city, or state—or none at all, especially for sensitive or fragile locations. Dales has used general geotags on Instagram for two to three years now but still struggles with the idea at times.

“I’m a big believer in the concept that people only protect what they care about, and they’ll only care about what they’ve experienced,” Dales said. “So it’s always a balancing act with the geotagging. If people send me a DM asking, I’m more than happy to help them out. That’s not that many people, so I feel like that’s become my happy medium where I feel like I’m not being exclusive—because that’s not what I want. I don’t have a right to be in certain places more than anyone else, and I would never want to promote that attitude. I do feel like the outdoors have been, historically, a venue for privileged people who have a lot of leisure time. I don’t want to be part of excluding groups of people who historically haven’t been super outdoorsy.”

In the end, being an advocate of the outdoors via social media is about leading by example, no matter if you have one follower or 1 million followers.

Dale Blasingame is an assistant professor of practice in the School of Journalism and Mass Communication at Texas State University. You can follow his adventures on Instagram: @daleblasingame