A native Idahoan discovers the rural Hill Country has plenty of opportunities for seeing the beauty of fall leaves. 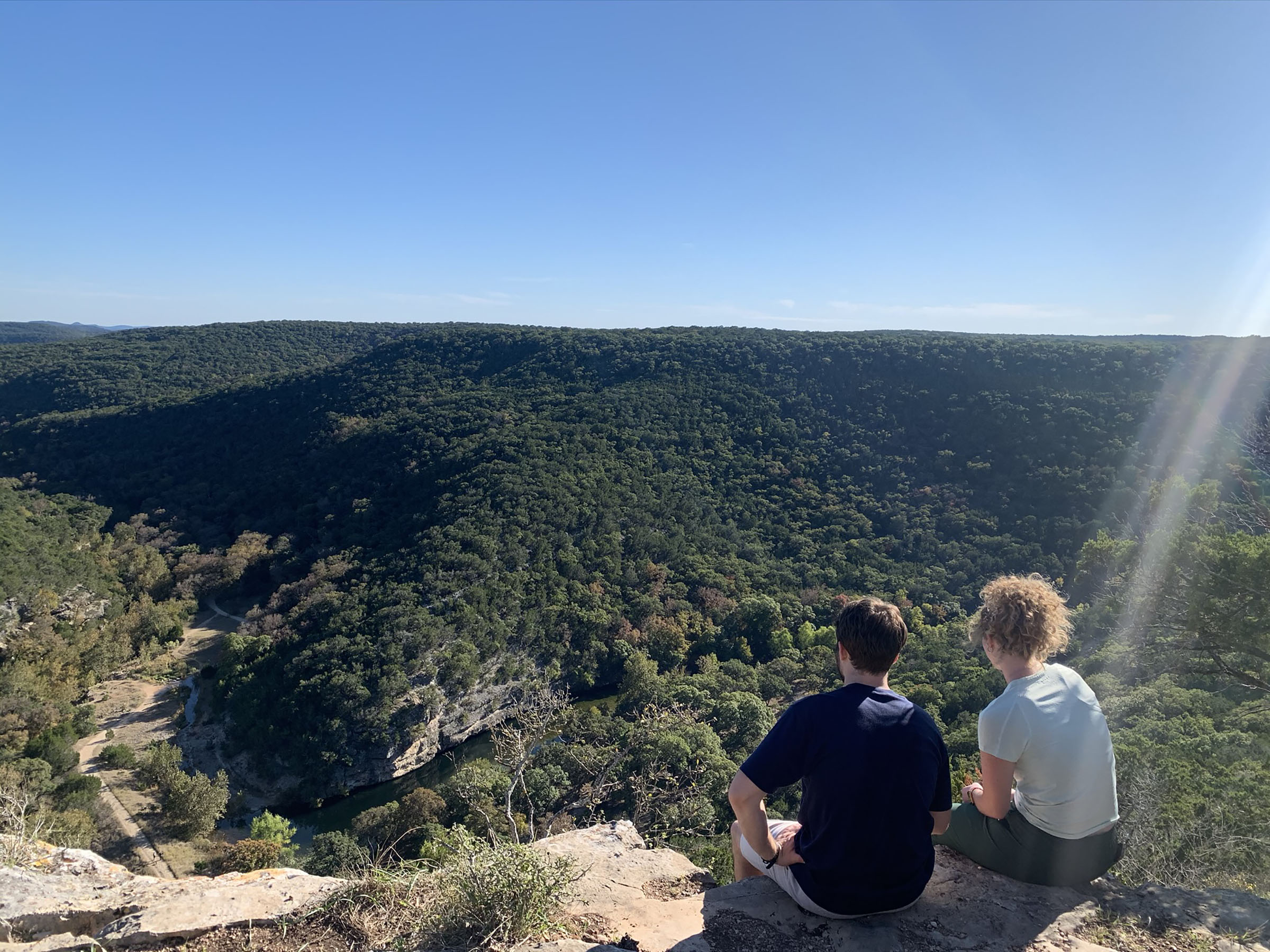 The author’s friends, Katie and Chris, look down from a bluff in Lost Maples State Natural Area

There were a few things I expected to give up when I moved from chilly Idaho to sunny Texas: excellent hiking, fun state parks, and abundant fall colors.

My trip to Garner State Park and Lost Maples State Natural Area in the fall of 2019 proved I was wrong on all counts.

I’ve learned during my time in Texas that the state’s outdoor enthusiasts have a sort of unwritten “must see” list, the areas of the state that showcase the biodiversity and straight-up coolness of this vast place.

It was in a conversation about these places that I discovered two of my native Texan friends, Katie and Chris, had never done the state park double feature of Garner and Lost Maples. Just a short drive apart in the heart of the Hill Country, the park and natural area are said to be the best places to see fall colors in Texas. I was skeptical. Everywhere else I’ve lived that experienced fall foliage has abundant deciduous trees and cold temperatures — two things I had yet to experience in Texas. 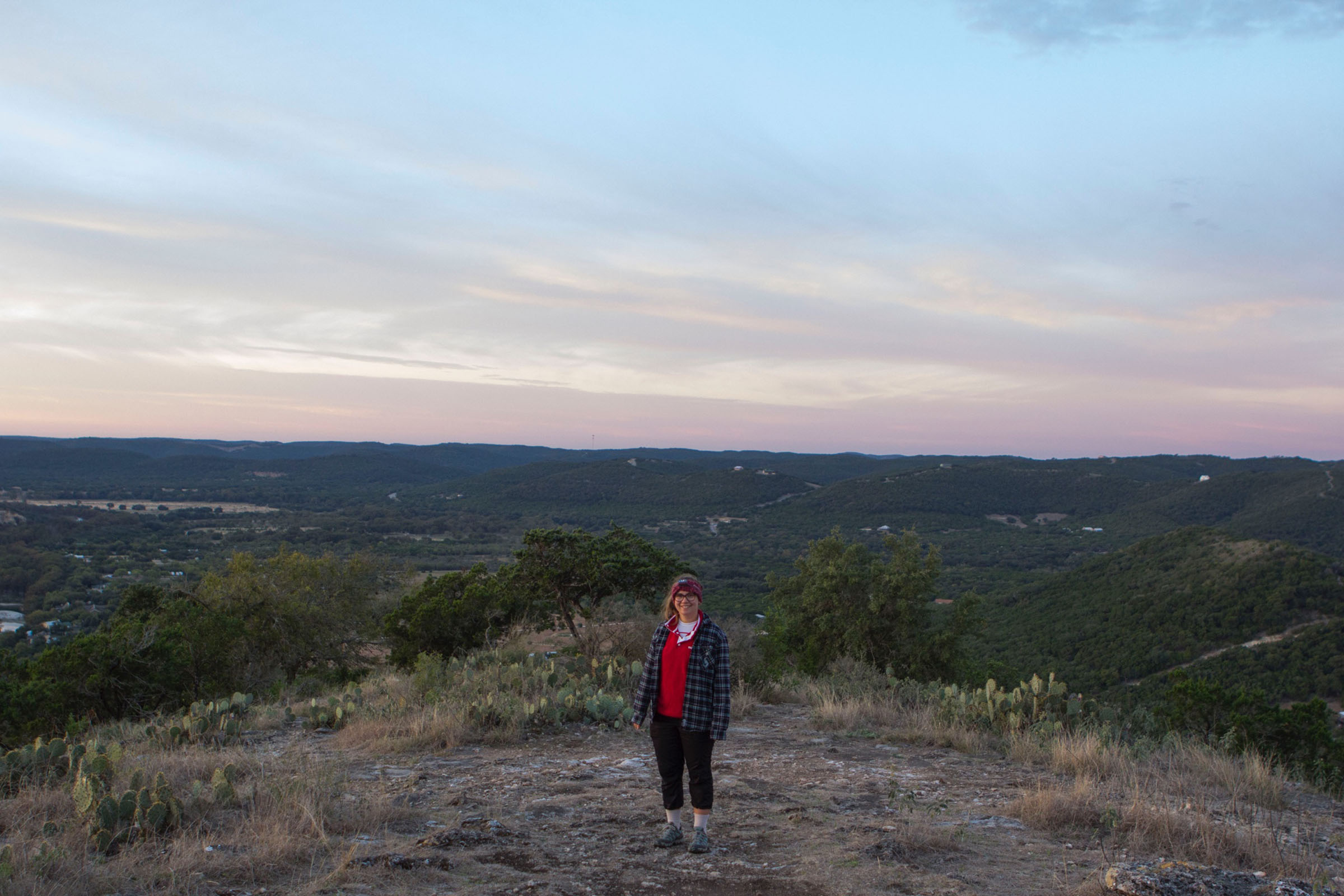 We woke up early Saturday to attend the ranger-led sunrise hike up Old Baldy in Garner. As we climbed the trail in near-darkness, guided by flashlights and rock cairns, I found myself pleasantly surprised by the difficulty of the terrain. There was just one other small group of hikers who made the climb, a church group from San Antonio. As the sun rose and filled the valley and hills below with pink and orange light, they began to softly sing hymns. Could this really be the flat, dry Texas I thought I was moving to? Maybe it was the music, but I was moved.

In the afternoon, we made the short drive to use our day pass at Lost Maples. It was incredible to see the stark contrast between these “lost” maple trees in a sea of perma-green oak, Ashe juniper, and prickly pear. Looking down from a 2,200-foot cliff into the valley below, the dots of color just starting to change were even more beautiful than we could have expected.

Yet all of this was eclipsed by an even more breathtaking place: the Lost Maples gift shop.

Texas Parks and Wildlife has a number of excellent gift shops, many run by volunteer groups, but nothing could have prepared us for the fashion finds at Lost Maples. This gift shop had a collection of T-shirts with a delightfully ’90s logo reading “LOST MAPLES” with colorful embroidered leaves. The hardest part was choosing a color.

How could we not? Two crewnecks, two T-shirts, and about $100 later, we were the sharpest hiking crew in all of Texas. 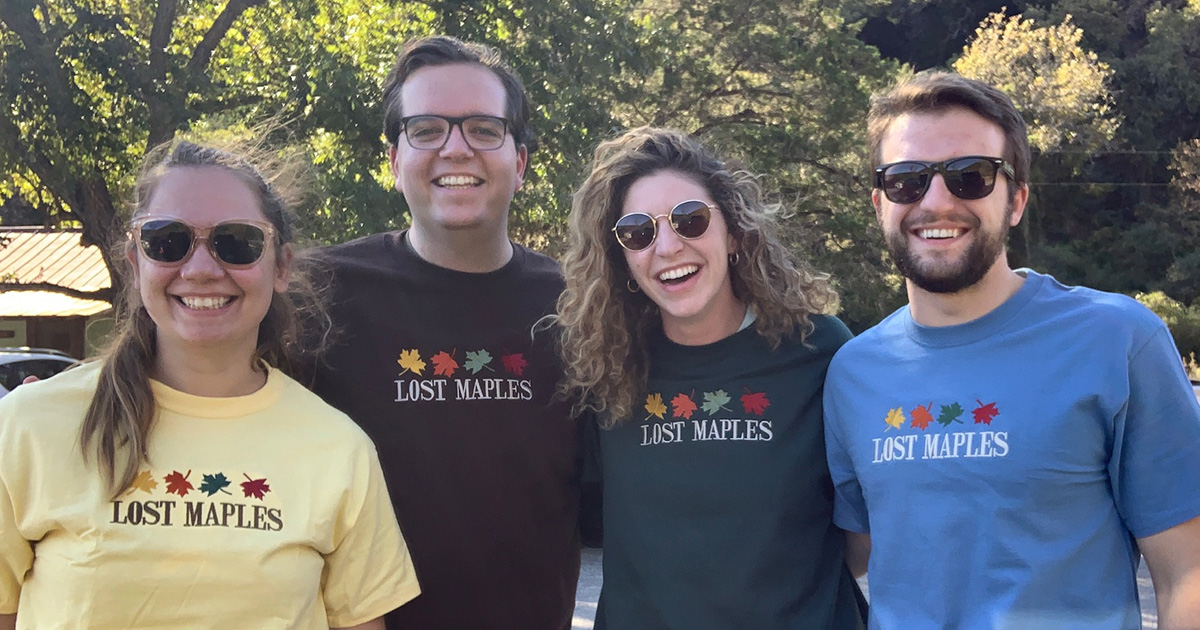 Katie and Chris recently moved out of Texas to attend grad school, but I hope they’re stopped as often as I am in the grocery store by someone asking, “Cool shirt … What is Lost Maples?”

“The best state park gift shop in Texas,” I always say. “And the fall colors are alright, too.”