My Favorite Texas Trip: A Retreat at St. Benedict Monastery 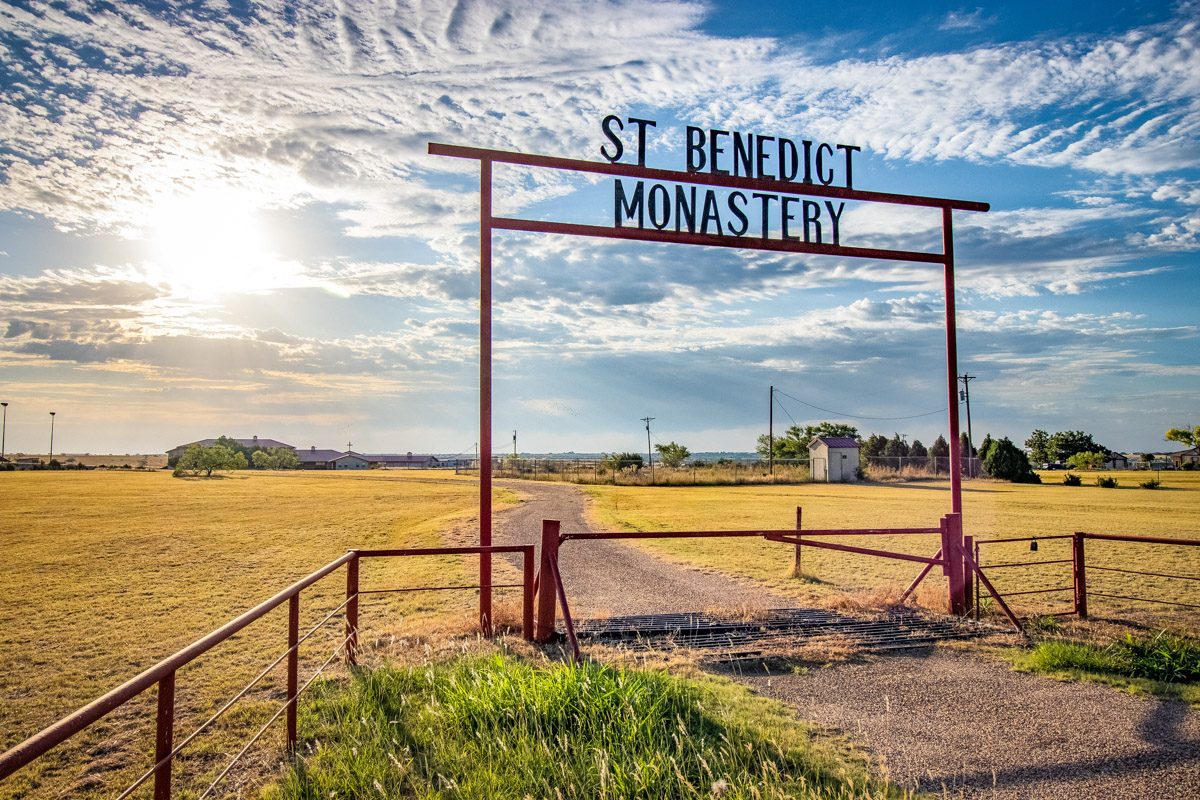 I arrived at the St. Benedict Monastery in Canyon in the summer of 2015 to spend the week working on a few short stories. I wasn’t an avid churchgoer, but my day job as a technical writer and editor had been hectic, allowing me no time to apply for official writers’ retreats. Girded by inspiring scenery, strong coffee, and minimal distractions, I imagined holing up in a cabin and the sentences pouring forth in the silence.

Years earlier, I’d read The Cloister Walk by Kathleen Norris and recalled how Norris, a Protestant, had stayed with Benedictines, an order traditionally welcoming to all manner of pilgrims. I was on the upswing after a challenging illness that required multiple surgeries on my vocal cords. I had also found and lost my father, and ended a relationship in recent years. Although I didn’t know it at the time, I needed the Benedictines’ brand of rigorous solitude to reclaim my life.

I Googled Benedictine orders in Texas and phoned St. Benedict, located about 15 miles from Amarillo. I am an amateur gardener, a lover of the outdoors, and a longtime Sierra Club member, so naturally I was drawn to the monastery’s practice of sustainable gardening and its focus on conservation. Sister Mary Hawkins, the monastery’s 94-year-old prioress, answered my call and told me about the hermitage, a small house with a separate kitchen, bathroom, and most importantly, a desk.

I hadn’t said for sure I would go, but I didn’t put her off. “I’ll be there,” I said, wondering what I had signed up for. I only knew that the monastery’s hermitage was open to anyone who took the time to find it. 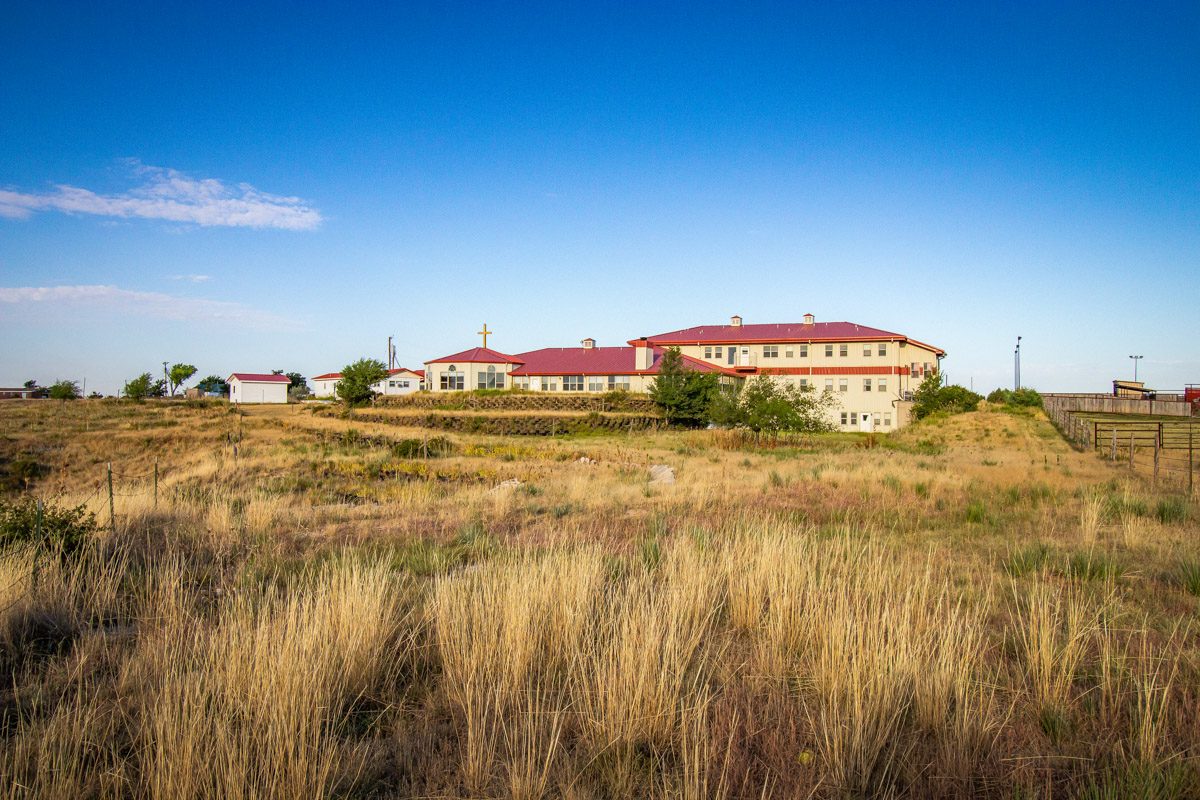 Two weeks later, Hawkins greeted me on the nearly 7-acre property with panoramic views and led me to a little white house facing away from the monastery. A scant distance from the door, a small canyon blushed. A stream, I would learn, trickled along the canyon’s bed and eventually ended up in Palo Duro Canyon State Park about 12 miles away. Hawkins asked if I would join her and the other nuns for liturgies that evening or Eucharist the next morning, a Sunday.

“I’m not Catholic,” I said. She nodded and smiled, and provided me with a schedule of prayer times—in case I changed my mind. Shortly after the prioress’s departure, another sister—one of three who’d grown up in Vietnam—arrived carrying peanut butter, eggs, milk, cereal, and bread for my breakfast and lunches. She, too, asked if I would participate in their prayer times. I am an introvert and feel uneasy around a group of strangers, so I said no again. But I promised to join them for lunch the next day and possibly a couple dinners during the week.

After she left, I inspected the crucifixes and plaques of prayers decorating the walls. The hermitage was essentially a box with two ears: the kitchen on the right, just past the front door, and the bathroom on the far left. On the little blond desk across from my bed sat materials about the Benedictine order and another schedule of prayer times. I chuckled and slid them into a drawer, yet part of me was touched by their hospitality and desire to include me.

The next morning, on Hawkins’ recommendation, I woke early to see the sunrise. An insistent eraser-orange dot rose and expanded in showy rays, pushing across the canyon. Every morning was like this: perfect for an Easter sunrise service, but dim at first, with only the pale figures of mule deer among the rim’s scattered yucca and patches of dry, thin grass.

On my way to lunch, I passed through the main building, which houses a dormitory, chapel, kitchen, dining room, and gift shop. I dined with six nuns and a local priest who occasionally joined the sisters for Sunday lunch. They discussed such mundane topics as grocery shopping. One sister asked about my schedule for the week. “I plan to write each morning,” I said, “and take drives in the afternoon.” 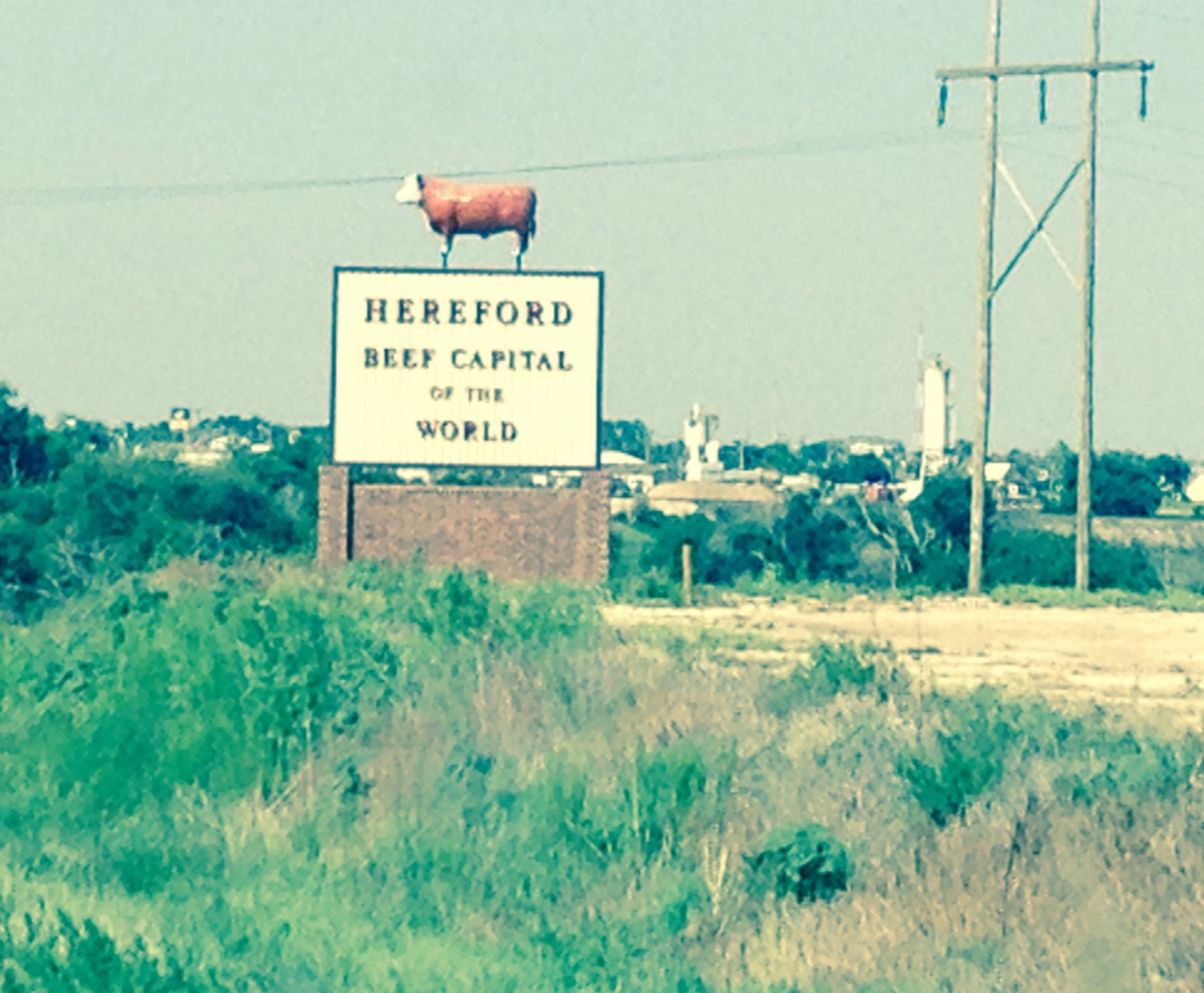 Hawkins said a few other writers had visited over the years, and then asked if I’d been to Hereford, which you can probably guess thrives on cattle. When I answered no, she said I should go and launched into a story about a priest who had visited from back east. Hawkins’ eyes gleamed as she explained that he’d wanted to see the local sites. She’d taken him to Hereford to drive home a lesson about the environment and need for rural conservation. Whether or not she drove home her lesson, she did drive down the middle of the road some of the way there. “You can see nothing’s coming for miles,” she said. “So, why not?”

The priest disliked seeing the bovine-packed feed lots and took issue with Hawkins’ driving. He did not return to Canyon. I, however, longed to ride shotgun with Hawkins, frightened yet exhilarated on that highway. It’s exactly the wide open, live-and-let-live Texas I’d hope to find after growing up in the Deep South and moving to Austin from the Northeast 20 years ago. I like to say that’s when I learned to exhale and breathe fully, encouraged by the outrageous stretch of blue beyond Central Texas. 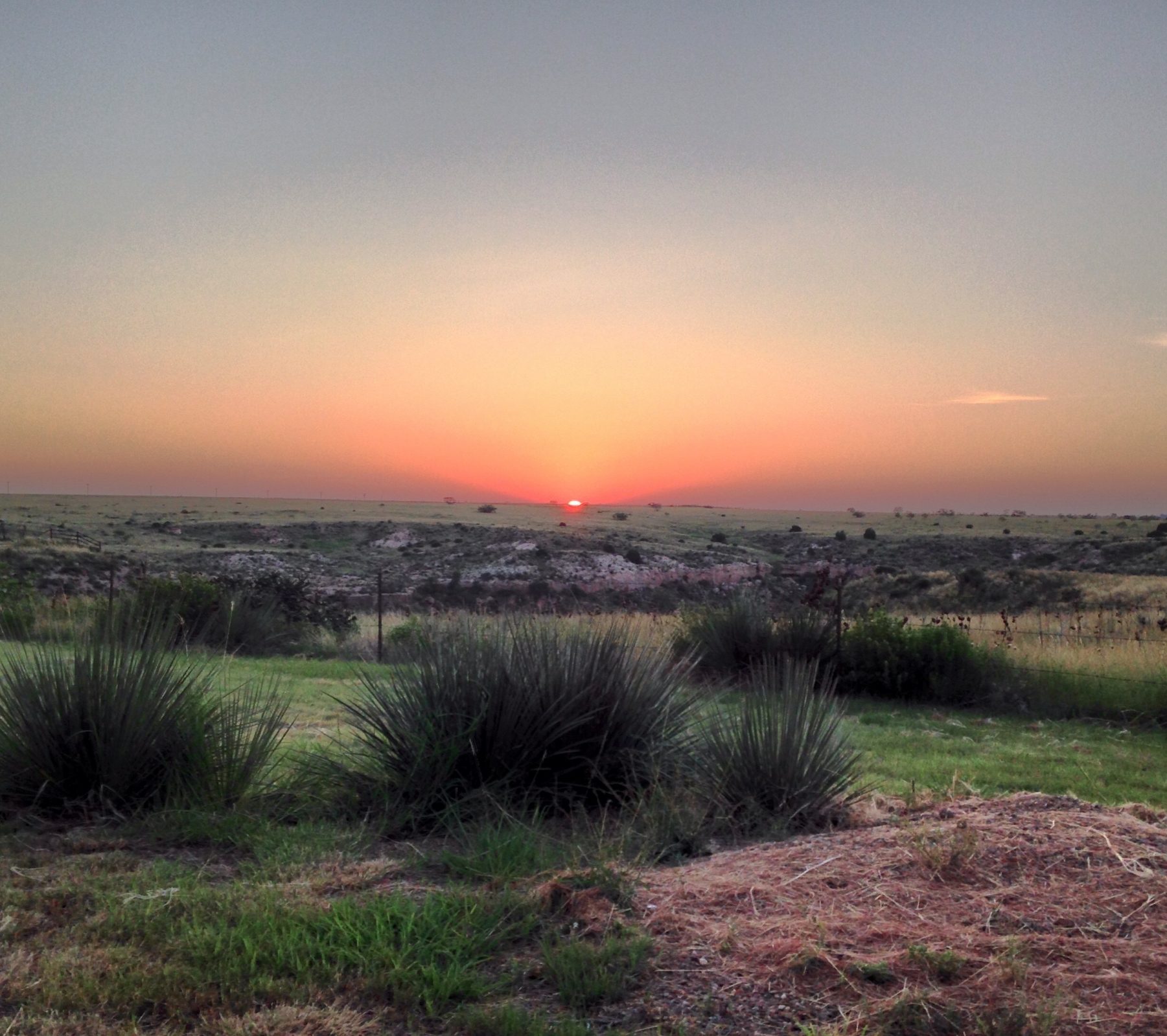 A view from the hermitage at St. Benedict Monastery. Photo by Ramona Reeves

After a few days without internet, TV, or radio, I felt strangely at peace. Each morning at 5:30, I marveled at the dark horizon glowing lighter blue, pink, and then orange before announcing itself across the plains. And each time, I felt something rising in me, something worthy of my life’s dawning third act, one I was starting to believe—thanks to Hawkins—would be my best.

Not that I was struck by lightning or had visions. I sometimes succumbed to my phone’s lure. In those moments I trudged aimlessly around, one arm listing for a signal among the sisters’ organic garden with its throes of tomatoes and leafy vegetables. Still, I wrote mornings and took afternoon drives, including one to Hereford. I thought about straddling the road, but I was too good at staying in my lane—a character flaw, if you ask me now.

I meant to return to the monastery a year or two later, but life happens and I never made it back before Hawkins died in 2018 and the monastery closed and went up for sale. She was surely my kind of holy woman, someone who took up space because she trusted her own vision. Looking back, I can see the trip marking a time when I began to let go of relationship regrets, to trust my voice literally and figuratively, and to embrace a greater presence in my life. Now, as I enter six years of a great relationship, with health and hope, I’m still learning to trust my own vision, too, while on occasion, daring to hog the road.