Researchers discovered the last tree of its species, among other new findings, during a botanical survey 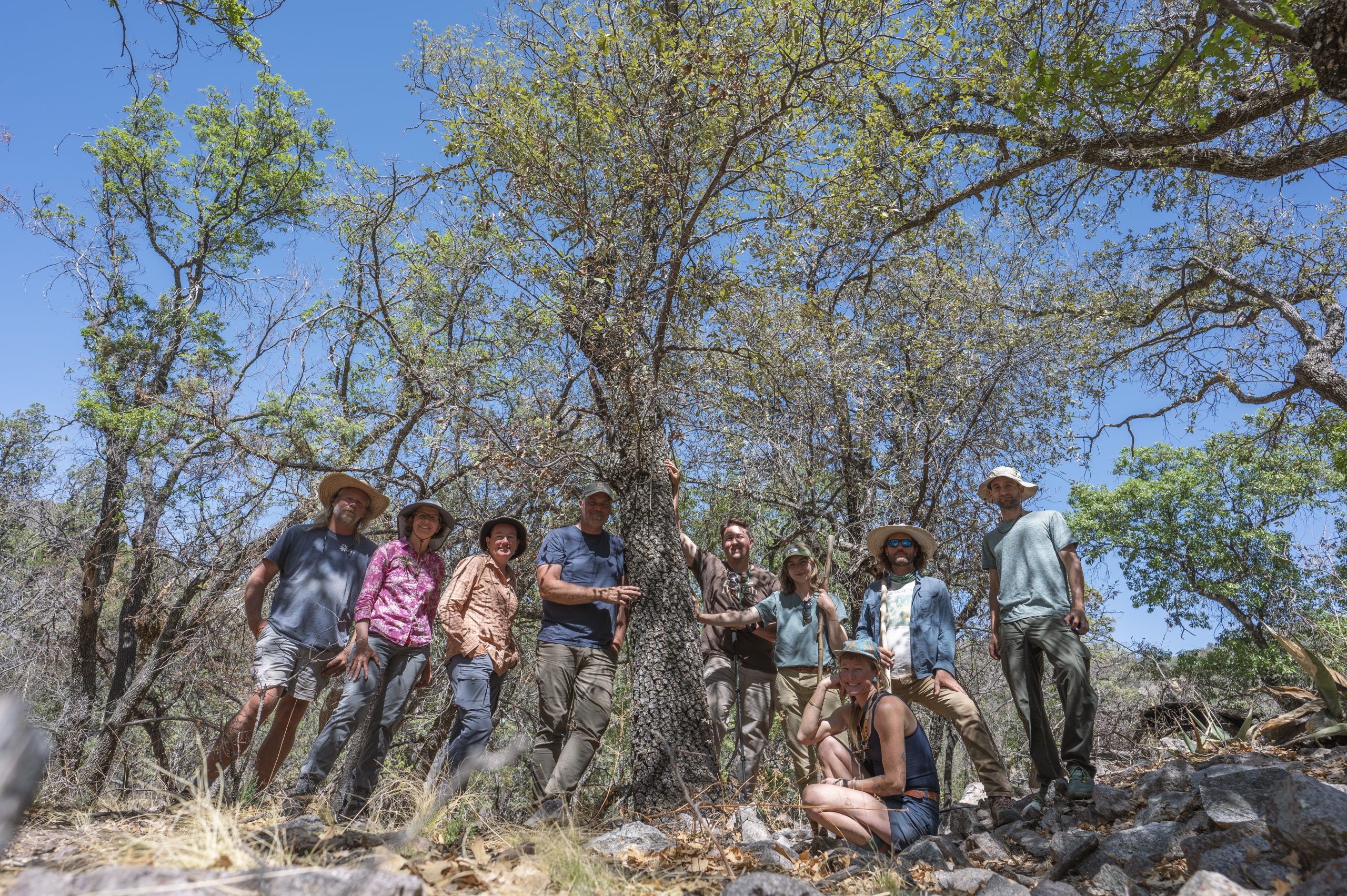 Until recently, the oak species Quercus tardifolia was commonly known among botanical researchers to be extinct. In fact, it was very well known, since it was presumed to be extinct a little over 10 years ago. Then, a single oak tree within Big Bend National Park was found on its own—the last of its kind.

The last living specimen of the lateleaf oak (Q. tardifolia) was believed to have died in 2011. On May 25, however, a group of botanical researchers representing more than 10 institutions from five different states and Washington, D.C., discovered that this tale of extinction might not be true. Michael Eason, a conservation botanist at San Antonio Botanical Garden and the state botanist for the Native Plant Society of Texas, was the first one to spot what could be the last tardifolia.

“The moment I laid eyes on it, there was no doubt in my mind whatsoever [that it was a tardifolia],” Eason says. “It was vastly different than the thousands of trees that I’d looked at in the previous two days and earlier that morning.”

For instance, the leaves alone were different from other oak trees. They were stiffer, thicker, cardstock-like leaves, making them stand out from the fluttering leaves on other trees he knew. And unlike the stark white normally found on the underside of other Texas oak leaves, the underside of this tree’s leaves were pubescent and tawny.

Although it was presumed to be extinct, the researchers set out on May 23 in hopes of finding a tardifolia. Generally, a plant or animal needs to have gone missing for at least 25 years to be the true marker of extinction. That is why this coalition of researchers set out with a seemingly impossible goal: find another one.

“Big Bend National Park is a place that’s been heavily, heavily studied,” Eason says. “The fact that we were able to go down there as this team of field botanists with close to a century’s worth of experience between all of us and get out there and find things—it just shows you—what else is out there that we’re missing?” 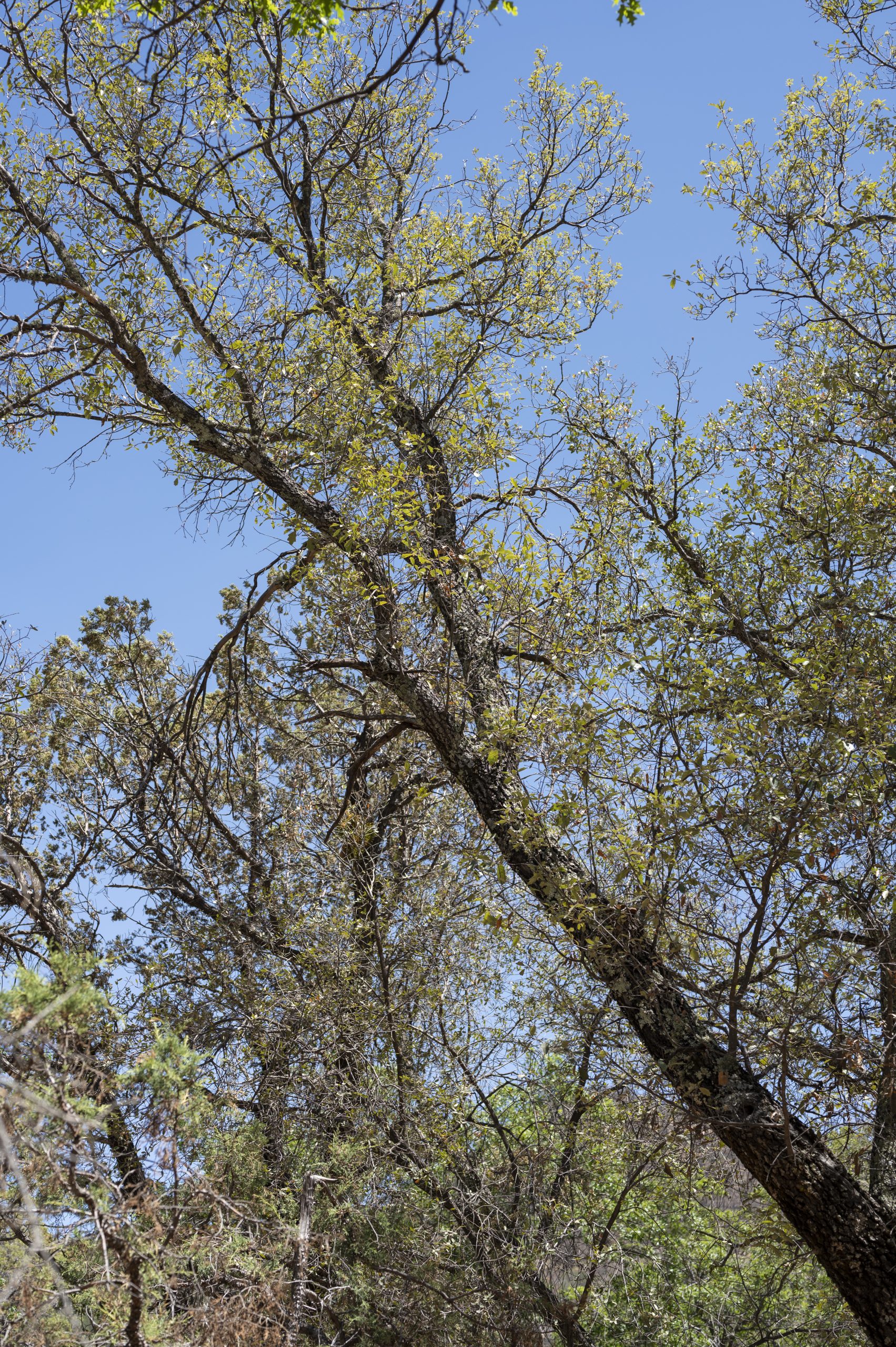 The discovered tardifolia stands at around 30 feet tall. Photo by U.S. Botanic Garden.

Discolored and broken leaves of the tardifolia show its poor health and degradation. Photo by Bartlett Tree Research Laboratories and Arboretum.

Although the tree stands over 30 feet tall, it was found in poor condition. According to the press release detailing the search for the tree and its condition, “the trunk is scarred by fire and shows signs of severe fungal infection,” not to mention how susceptible it would be to drought or fire.

However, it was not the only thing that caught Eason’s eye that trip. “We found something that potentially might be a new species for the U.S.,” he says without revealing too much about it. All plants of interest from the expedition are currently undergoing DNA testing in order to verify what researchers believe about them. The results of these tests will be coming out in the next couple of months.

Because of the weakened state of the tree, scientists are working with the National Park Service to ensure its safety. This includes reducing any immediate wildfire threat while conservationists attempt to find and propagate its acorns. They will attempt grafting the plant—a process of cutting live plants and tactfully placing them together in order for the tissues to bond—and propagating basal sprouts, the growths from the root of the tree that could grow to maturity if treated correctly.

The location of the tree in Big Bend has not been disclosed to the public; however, Eason does allow that the tardifolia’s habitat is not very widespread here in Texas. “These are relic species of a cooler, wetter time,” he explains, adding they are usually found in north-facing valleys where there are similar conditions.

Whatever might happen to the tree—whether or not it lives long enough to generate more tardifolia through propagation, grafting, or standard planting—this is just the beginning of a long story, especially if more are found.

The tardifolia, along with Arizona cypress, Douglas fir, quaking aspen, and other trees in Texas that are traditionally found in higher altitudes, are left over from millennia ago. These oaks may have been spread out or uncommon, making it harder to locate them today, but there is no doubt that humans have had an impact on their habitats as well. Eason warns that we are seeing more extinctions in this day and age, largely because of people’s effect on the planet: climate change, rising sea levels, invasive species, and urban sprawl are only some of the factors depleting natural habitats.

“With limited resources in plant conservation and fewer and fewer experienced field botanists, it is essential that we fund additional surveys to locate rare and uncommon plants here in Texas and beyond,” Eason says. “Especially here in Texas, many parts of our state are severely understudied when it comes to our flora. Who knows what else is out there to find and what we’ve already lost.”