Friends of the Ruidosa Church is hosting a fundraising event for the project on Oct. 23

Courtesy Friends of the Ruidosa Chuch 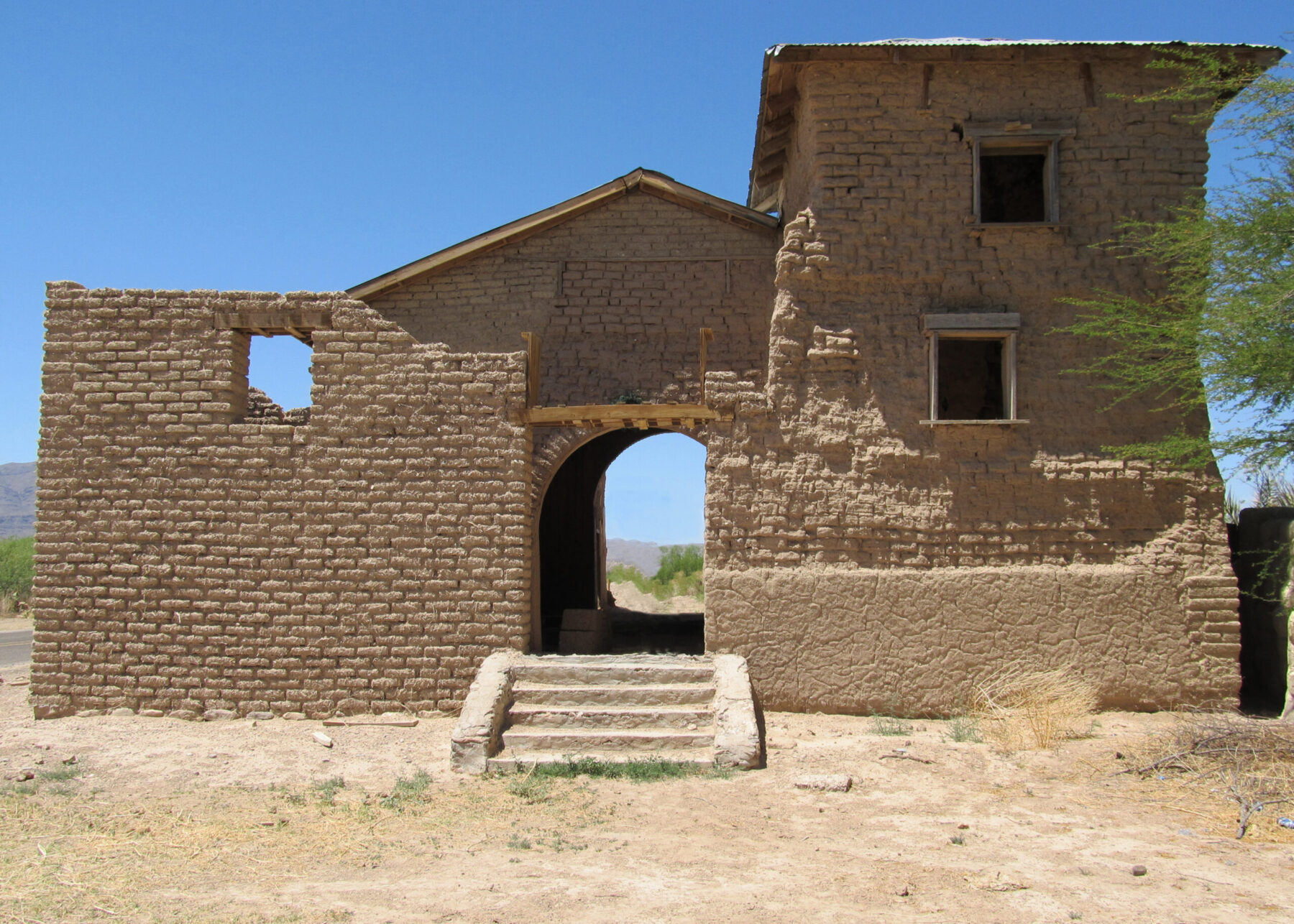 Through the years, retired architect Mike Green has studied the adobe structure of El Corazon Sagrado de la Iglesia de Jesus (the Sacred Heart of the Church of Jesus) with great interest. He likes the way the high archways frame the view of the West Texas desert in Ruidosa, 46 miles southwest of Marfa. But it saddens him to see the vacant building eroding.

Green is the secretary of the nonprofit Friends of the Ruidosa Church, which is dedicated to preserving and maintaining the church in the rural border town near the Rio Grande. The church was constructed by the citizens in 1914 and 1915, “and so we feel it’s only fitting that the community is involved in the restoration,” Green says.

The remote town was once a thriving agricultural community. A cotton gin was built around 1929, and it became one of the town’s main employers until it closed in 1936. The town’s population declined after the construction of a dam more than 400 miles away in New Mexico reduced the water levels in the Rio Grande. During its peak in the early 1900s, the church held Sunday Mass, weddings, and funerals. As the population declined in the mid-1950s, the abandoned church began to deteriorate. 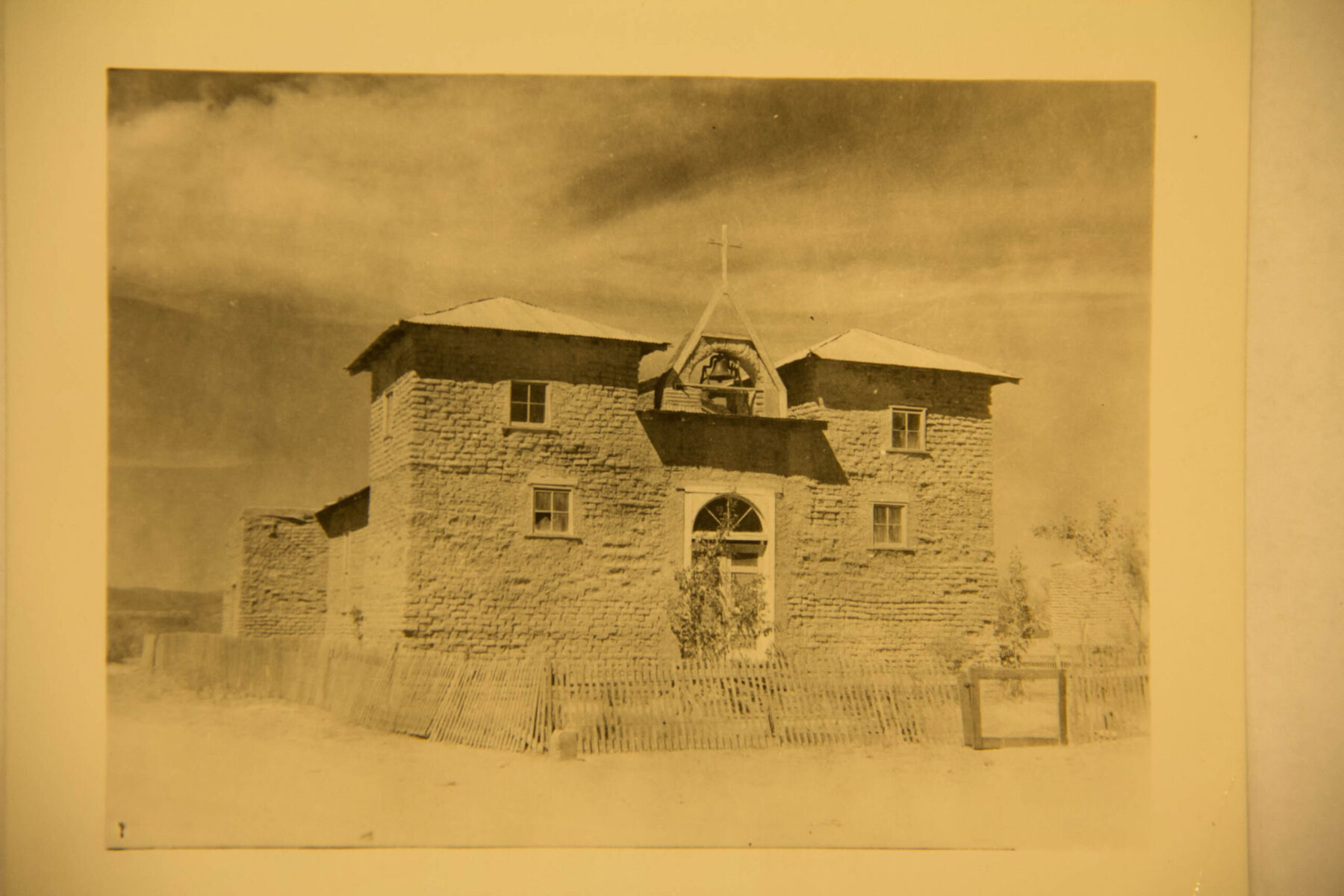 An undated historic photo of the Ruidosa church.

Friends of the Ruidosa Church is currently in the early stage of its restoration efforts, following previous help from the Texas Historical Commission (THC) with assistance from the National Trust for Historic Preservation and the Presidio County Historical Commission (PCHC). THC provided funding to stabilize and partially restore the structure in 2004, which included reconstructing walls, restoring the arches, and installing a roof before the project’s end in 2010.

“Over the years, we tried to figure out how to restore it, and one impediment for foundation funding is its ownership by the church,” says Green, who was also a PCHC commissioner.

After meetings with The Catholic Diocese of El Paso, Presidio County was given the deed to the property and then deeded it to Friends of Ruidosa Church. Before this restoration process can begin, the organization is stabilizing the fragile parts of the building, such as the eroded right bell tower. It is also working with archeologists, historians, and historic architects on a Historic Structure Report, which provides an in-depth analysis of the property as a foundation for the restoration.

Ruidosa Church Community Day is from 11 a.m. to 4 p.m. on Oct. 23, at the church along Farm Road 170 in Ruidosa. For more information, please visit ruidosachurch.org.

“The philosophy behind the current restoration is that we want it to be an active and alive building,” Clara Bensen, the organization’s fundraising strategist, says. “We wanted to start that even before the restoration was finished by inviting people to come down and participate and experience the site and the church.”

Friends of the Ruidosa Church will host its first community day this Saturday at the church site with tamales and drinks, an adobe brick-making workshop, and music provided by Presidio’s Mariachi Santa Cruz. People will be allowed to safely tour the historic structure that will be adorned with large-scale art installations from The Color Condition, two textile artists from Central Texas. The art installations will be on display for a month.

The members of the organization are also looking to speak with anyone who may have memories or photos of the church when it was active. The former interior remains a mystery as there are currently no photos of it.

“The stories are great,” Green says. “The church has sat vacant for so long, it’s kind of hard to picture those stories, but it makes the building come alive when you can attach the human experience to it.”