From WWII in Germany to a Goodwill store in Austin to the San Antonio Museum of Art, this bust has seen it all 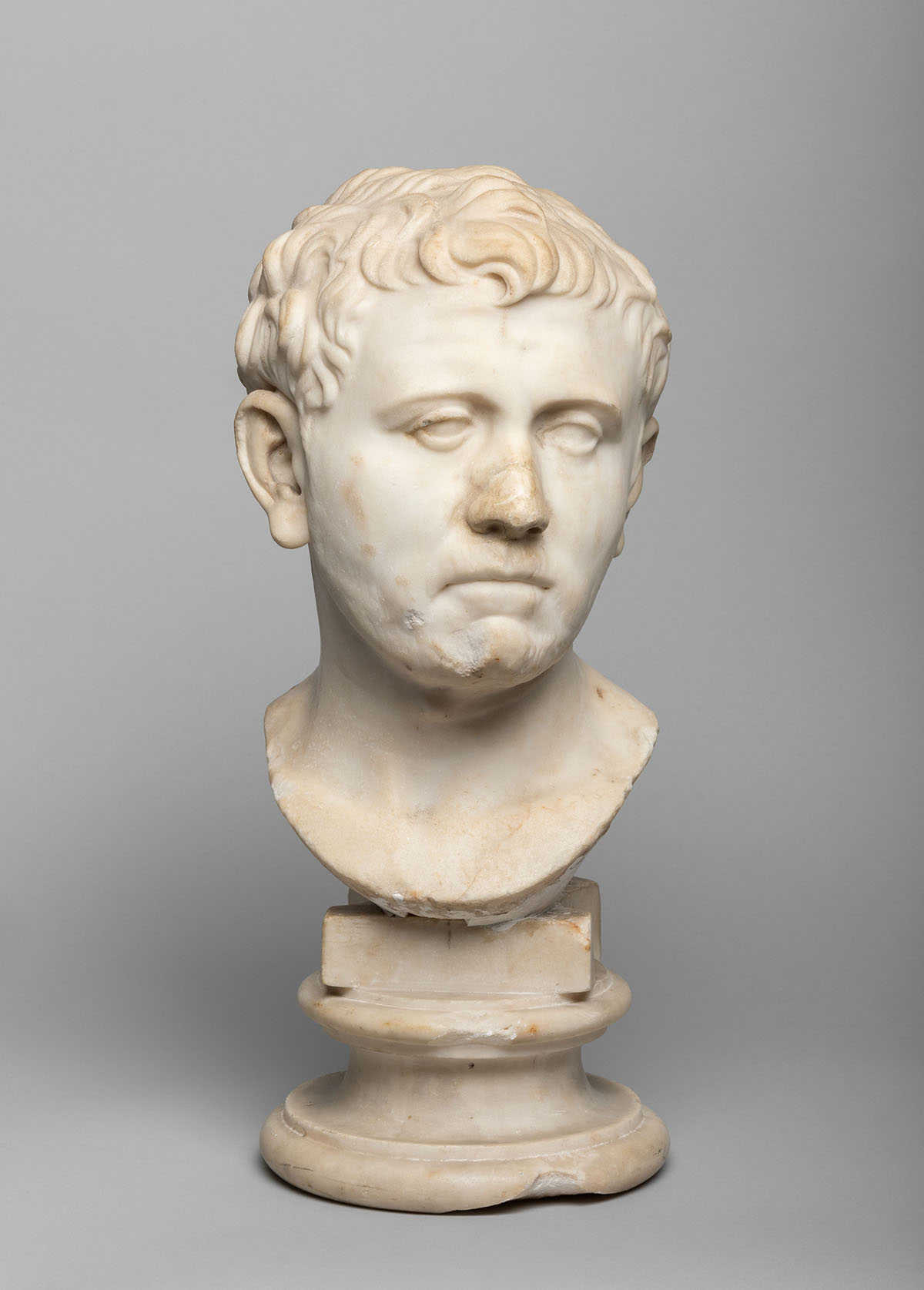 Texas Highways has obtained an exclusive interview with the Roman bust purchased for $34.95 at an Austin Goodwill store in 2018 by local antiques seller Laura Young. According to KUT, which first reported the story that since been picked up by news outlets around the world, the bust originated at a Bavarian museum dedicated to Roman antiquities founded by King Ludwig I. It most likely made its way to the United States via an American soldier, who may have acquired it by looting the museum after or during World War II. How it got to Texas remains a mystery. We did not know what to expect when we walked into this interview with the Roman bust, which now resides at the San Antonio Museum of Art. But as you can see here, “talking head” barely begins to explain it.

TH: This story is amazing! What a journey you’ve had to get to this point.
Roman bust: Yes, I sometimes can’t believe it myself.

TH: We hope you can clear up some lingering questions. First, some believe you resemble one of the sons of the Roman general Gnaeus Pompeius Magnus, aka Pompey the Great. Is there any truth in that?
Roman bust: I guess the cat’s out of the bag. Yes, the man whose likeness I take was indeed his younger son, Sextus Pompeius Magnus Pius, so you can call me Sexy. No, actually you can’t—that is beneath my dignity as a Roman. On the other hand, when your father is known as Pompey the Great, and you get no such appellation after your own name, it can be rough for a man, especially one who spent his entire life attempting to avenge his father. I’m tempted to give him one myself, like Pompey the Avenger. I think he’d like that.

TH: Funny you should bring up names. Laura Young, the woman who found you under a table at a Goodwill store, gave you the nickname “Dennis” after the character on the TV show “It’s Always Sunny In Philadelphia.” What did you think of that nickname?
Roman bust: Let’s stick with Pompey the Avenger.

TH: For readers who may be unfamiliar with ancient Roman history, what can you tell us about Pompey the Avenger and his family?
Roman bust: Well, he was a free-born Roman citizen of the highest order, born circa 67 BC. His brother was Gnaeus Pompeius, named after his dad so he’s basically “son of the Great.” Pompey the Avenger and his brother had a rough time growing up. You try living up to a general who conquered 14 nations on three continents. Pompey the Great was given not one, not two, but three public triumphs. That’s the equivalent of what I have come to understand is the modern-day version of gladiatorial combat known as “Super Bowl wins.” Public holidays, delirious wine-soaked street parades, royal prisoners from plundered nations paraded through the streets alongside exotic animals and loud music. Yes, Pompey the Great brought the pomp to Rome.

TH: His dad sounds like he was a real force.
Roman bust: Some politicians were terrified he was going to use all that glory to seize power in Rome, but instead he disbanded his army, counted his loot, and only gently attempted to exert power in Rome. It could have ended there, but the senate feared his popularity and undermined his every move. Eventually there was a compromise and he wound up sharing power with two other men as co-leaders of Rome, Marcus Crassus, the richest man in Rome, and Julius Caesar. You might have heard of him.

TH: Yes, he sounds familiar.
Roman bust: Fast-forward to when Crassus led the army into a Vietnam-like disaster in the east and died. Pompey the Great was betrayed by his enemies and assassinated in front of Sextus’ eyes in Egypt—see where I’m going with the Avenger?—and that left Caesar alone as boss of Rome. Sextus was 19 at the time, an impressionable age. He swore a vengeance, joined the resistance in North Africa, and then he and his brother went to Spain, where he almost defeated Caesar’s army in battle. Caesar, that lucky old goat, came through in the end and his forces killed “son of the Great” in an ensuing battle from which Sextus narrowly escaped.

TH: Incredible story. That must have been rough for him, seeing his father’s assassination and then his brother being killed.
Roman bust: It’s rough, being from a “line.” Vengeance compelled Sextus away from a good and peaceful life—you know, buying a vineyard, raising bees, writing poetry, that sort of thing. After Caesar was taken out four years later, Sextus raised an army in Spain to invade Sicily and then Sardinia. But Caesar’s allies ganged up on Sextus and chased him out of Sicily to what is now called Turkey. They executed him under ambiguously legal means. And that was it for the Pompeyan line. Still, the very fact that you are hearing about Sextus from me proves he had many admirers, including William Shakespeare, who made him a major character in his play Antony and Cleopatra.

TH: Let’s get back to you and your life. Antiquities experts believe you date back sometime between 1st century BC and early 1st century AD.
Roman bust: Thanks for reminding me how old I am. Before you ask what I’ve been doing all these centuries, I will only say this: I have witnessed some amazing moments in history and I have no regrets. Next question.

TH: According to reports, you eventually ended up in Aschaffenburg, Germany, where King Ludwig I of Bavaria built a Roman villa called the Pompejanum and spent summers there in the 1840s. You resided there for 100 years?
Roman bust: Yes, I was acquired by the king for his collection of Roman art and artifacts. I enjoyed my years at the villa, where I spent my days surrounded by familiar objects. It felt like home. But I want to set the record straight: Some of you might think I was upset when I was brought to America by a soldier in the aftermath of World War II. Nothing could be further from the truth. If there is one thing we Romans know about and believe in, it is the spoils of war. At my former home in Austin, I was positioned near the TV and that character from The Wire–Omar, I believe he was called–put it perfectly when he said, “It’s all in the game.”

TH: But how did you end up in a Goodwill store in Austin?
Roman bust: I’m sad to say that will have to remain a mystery. At some point, someone dropped me on my head, which resulted in some cracks, and my memory has been a little fuzzy ever since. But I’m pretty sure that unlike most people who have settled here recently, it was not by way of California. Look, I’d just as soon not talk too much about my time in the Goodwill store. My fondest memories—if you could call them fond—were in trying to learn to communicate with a nearby clown statue who gave me the creeps. But he was all I had in there.

TH: And then that nice woman found you and the rest, as they say, is history.
Roman bust: Since I’ve been liberated from that Goodwill store, it’s been so gratifying to see where I’ve been written up: the New York Times, the BBC, Smithsonian magazine. Amazing! And next year, it’s back to Germany. I’ll miss Texas. The weather is better for this old Roman. I understand Spanish more than I do English or German, the language of the barbarians who likely looted me from my home originally. I am so far enjoying my brief stay in San Antonio and I thank you for your hospitality. And who knows what the next 2,000 years may bring.