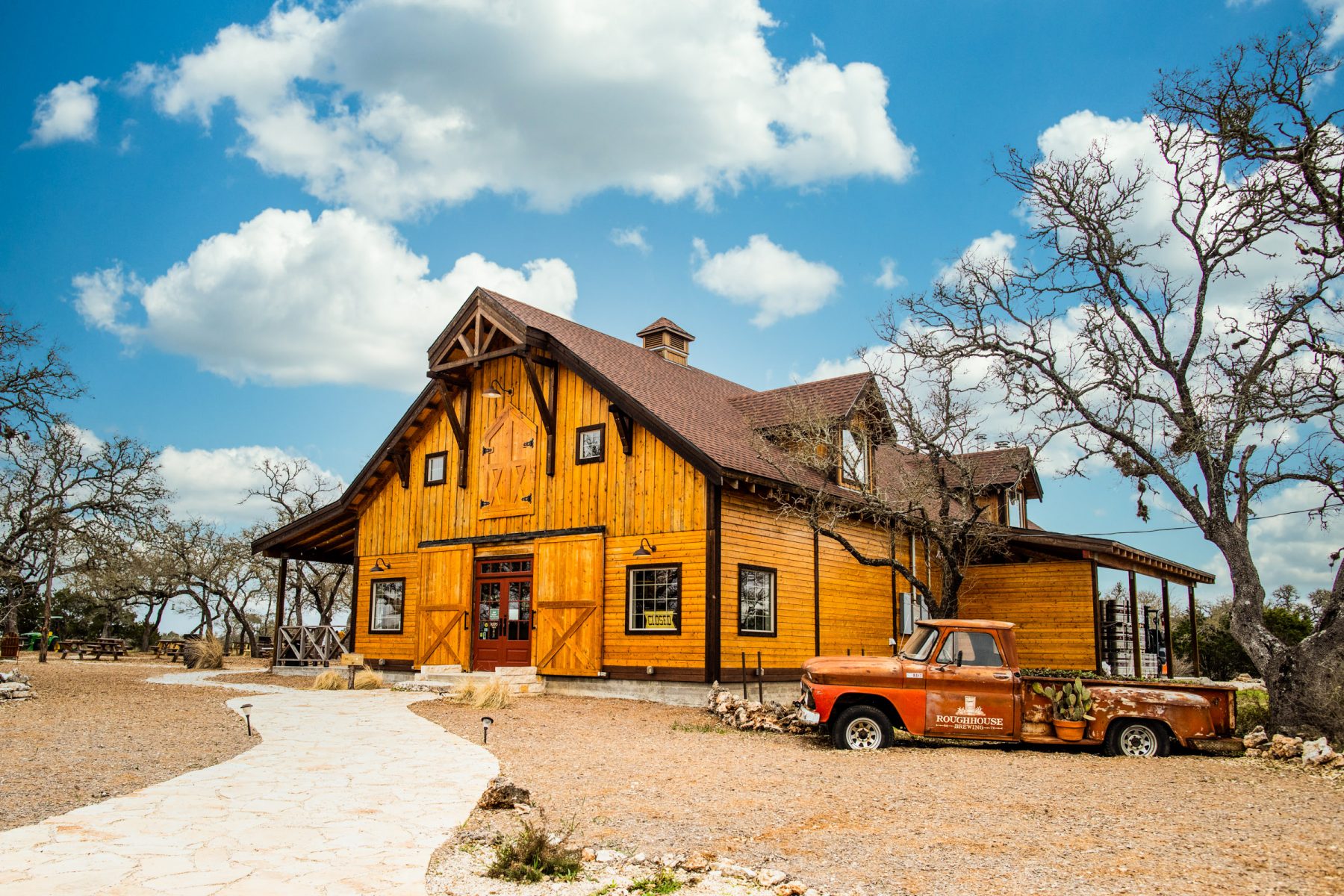 In February 2018, prior to construction starting on Roughhouse Brewing in San Marcos, a geologist performed an assessment of the property. The geologist discovered a small limestone cave, which inspired head brewer Davy Pasternak to create Premiere, Texas’ first cave-aged beer.

“It was definitely always a goal to try and ferment beer down in the cave, but we didn’t know how deep it would go, and if [the cave] would allow us to do that,” he says. The brewery team took the project to University of Texas and Texas State University caving societies, who visited the site and found it fit for excavation. With their help, plus the help of family and friends, the team has cleared 18 feet of space from floor to ceiling, enough to house the 12 barrels currently bubbling away in anticipation of their release to the public on April 10.

For a brewer to discover their very own beer cave is a huge opportunity and an incredible challenge. “We wanted to create a beer that best represented the cave and its environment, so that naturally led us to spontaneous fermentation,” Pasternak explains. 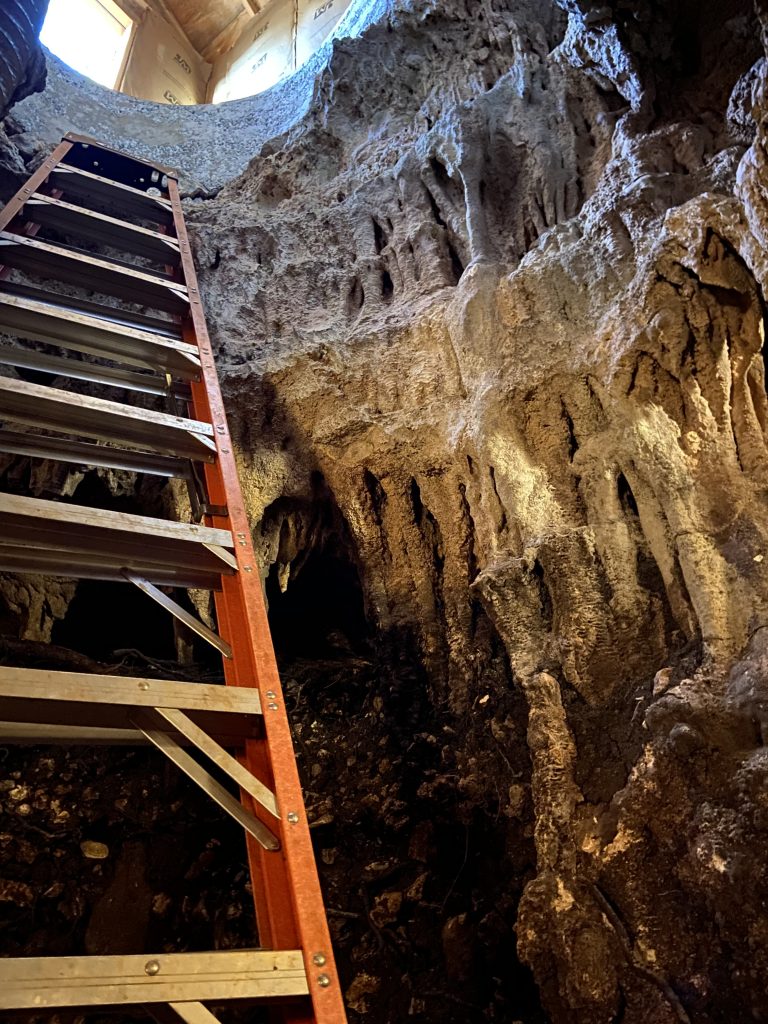 A ladder leads into the small cave where Premiere is being fermented. Photo courtesy Roughhouse Brewing.

Spontaneous fermentation is a natural process in which the wort (the unfermented liquid that will become beer) is left to cool overnight in a large, shallow, uncovered vat known as a coolship. This enables microbes and bacteria from nearby flora and fauna to settle into the beer, giving it a flavor elemental to the terrain of its location, like wine.

Premiere is based on a traditional Belgian lambic, but made with entirely Texan ingredients. Originating from Belgium’s Senne Valley in the 1500s, lambic beers are known for their sharp acidity, earthy finish, and hints of fruit. This lambic will bear traces of nearby oak, cedar, calendula, and herbs and spices. The specific climatic conditions and minerals inside the cave have been working their way through the beer for over a year.

After 14 months of challenging preparation, Pasternak is looking forward to releasing Premiere. “It’s the coolest project I’ve ever worked on, and the most labor-intensive,” he says. “It’s been a big effort, and we’re proud of the results.”

Roughhouse will release Premiere at noon on April 10 at its San Marcos taproom. Bottles are limited to two per person, and Pasternak will give an in-person Q&A session and a virtual cave tour. The event is free and tickets are not required.