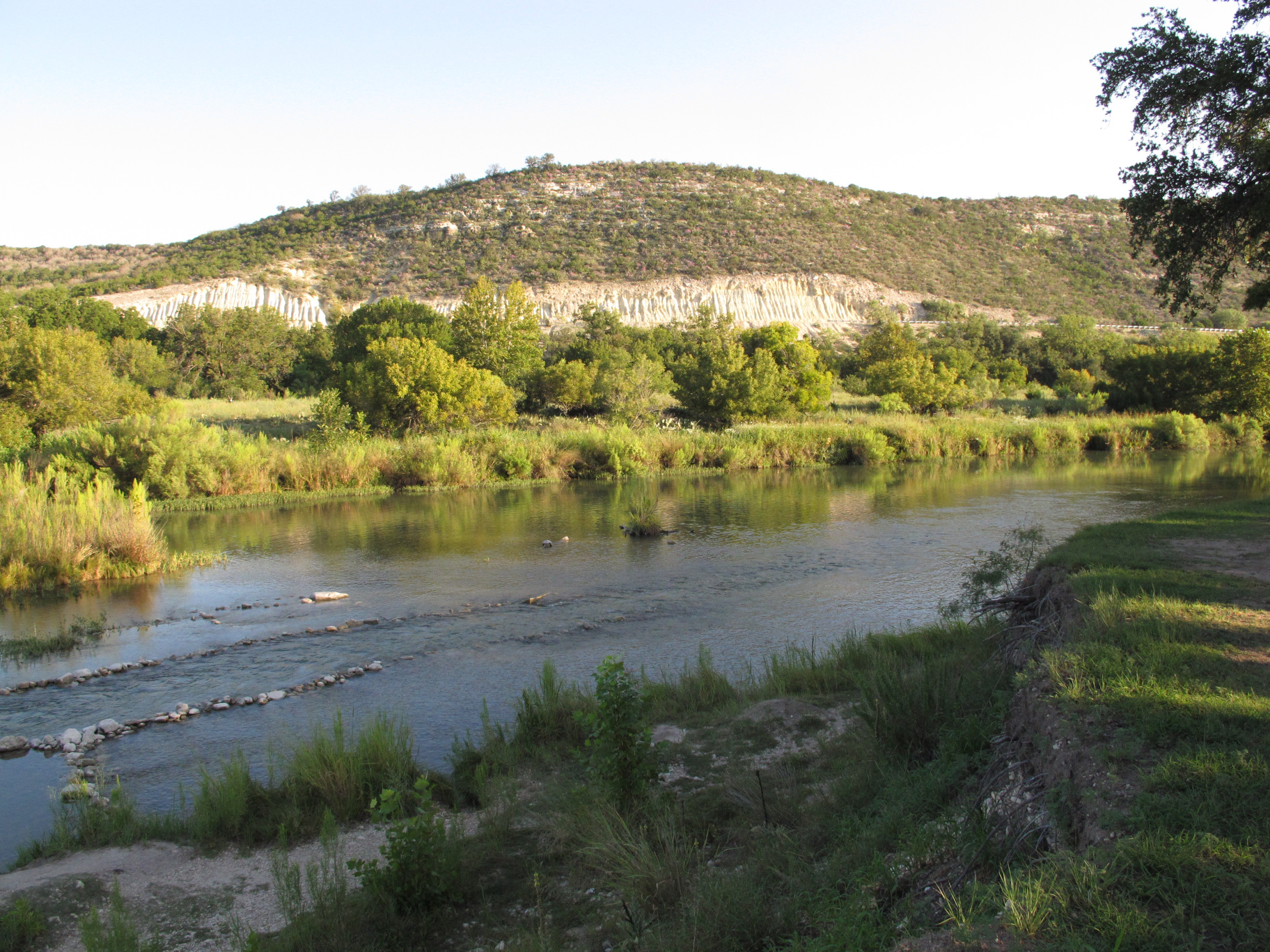 South Llano River State Park, a former goat and sheep ranch that’s now a beloved outdoors playground on the edge of the Texas Hill Country, is getting a new headquarters building, new low-water crossing bridge, and an amphitheater.

Located off Interstate 10 in Junction, the park draws visitors for fishing, swimming, and paddling in the South Llano River and hiking the rugged, rolling terrain. The park’s 2,600 acres harbor one of the largest turkey roosts in Central Texas and a gnarled grove of pecan trees. It’s also known for its dark skies and stargazing opportunities.

Since the park opened in 1990, an old ranch house has served as the headquarters. (You can read about an old cake box found in the home’s attic here.) That old home, once occupied by landowner Walter Buck Jr., will be converted into an interpretive center, with exhibits that explain the property’s ranching history. Buck, a lifelong bachelor who said his land was his one great love, donated his property to the Texas Parks and Wildlife Department in 1977.

The agency is now constructing a new 4,473-square-foot headquarters building just down the road from the old ranch house. Besides administrative offices, the new structure will include space for a park store and a drive-through window so visitors can obtain permits and pay fees without getting out of their vehicles. The new headquarters building is expected to open sometime in mid-2023.

“The siding and general features will be reminiscent of the current headquarters,” park Superintendent Cody Edwards says.

The new headquarters building is just one of several projects under way at the park. Crews recently rerouted traffic onto a temporary river crossing near the entrance. Next, they’ll demolish the existing low-water crossing and replace it with a new, slightly higher bridge. The old crossing had reached the end of its life cycle and needed to be replaced, Edwards says.

When the new bridge opens, sometime in 2023, paddlers and tubers will no longer have to get out and walk around the crossing—they’ll be able to float underneath the new structure. The concrete pad alongside the crossing, which served as a boat launch for kayaks and canoes, will be removed, but a new access point will be created.

Visitors will see other improvements, too. Park staff members are working with the Friends of the Llano River State Park group to create a new open-to-the-skies amphitheater, with rows of limestone blocks for seating. The space, set against a hilly backdrop, will be used for star gazing and other educational activities and available for group rentals.

“It’s really characteristic of what the Hill Country represented before large-scale development took place, and that lends to a more authentic experience,” Edwards says. “You can walk out into the backcountry and see nothing but the Hill Country—no roads, no buildings, nothing but dark skies—and you can camp in it.”