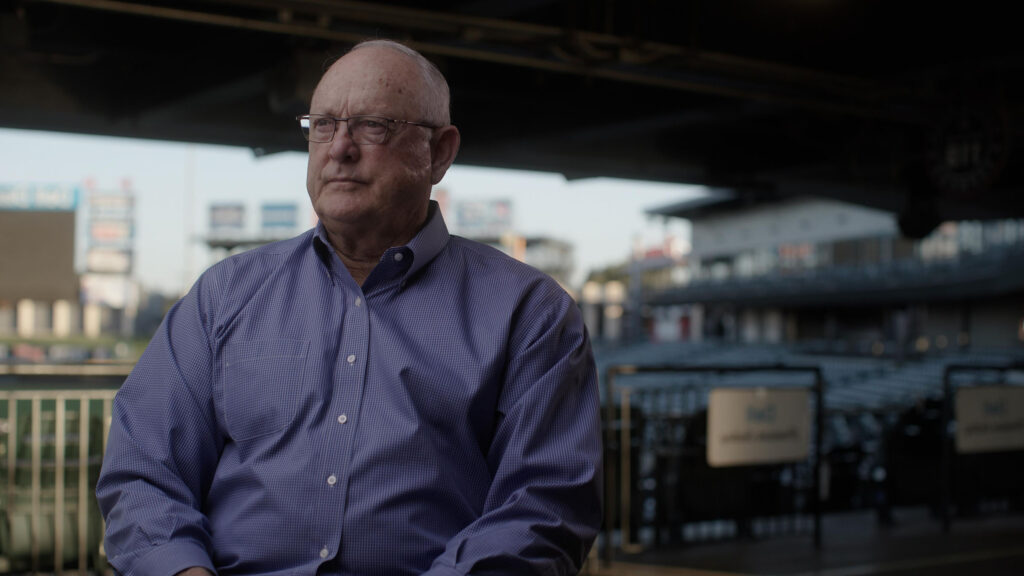 There was never a pitcher like Nolan Ryan, and there likely never will be again. That’s what makes evaluating Ryan’s legacy so challenging.

On one hand, he’s a first-ballot Hall of Famer who came six votes shy of being the first unanimous inductee in history. He’s a World Series champion and history-defining athlete, who played 27 seasons, won 324 games (tied for No. 14 on the all-time list), and set (and holds to this day) 51 MLB records including career strikeouts (5,714) and no-hitters (seven).

Still, no one doubts his greatness, but it is not easy to contextualize a career that has the length and complexity of Ryan’s. The new documentary Facing Nolan, which premieres at SXSW on March 12, attempts to do just that.

“Ryan did every element of pitching in a bigger way than anybody who ever played the game,” sportswriter and noted baseball historian Joe Posnanski says in the documentary. “Every part of him is this Paul Bunyanesque character. He’s just this larger-than-life figure. But at the end you’re like, where does Nolan Ryan stand? And there’s no good answer to that because there’s nobody to compare him to.”

The film is directed by Texas native Bradley Jackson, whose previous work includes the 2017 documentary Dealt, about a blind card magician from San Antonio, and the 2015 sports comedy Balls Out. Ryan, along with his sons Reid and Reese, serve as executive producers.

Opening with Ryan’s quaint beginnings in his hometown of Alvin, located about 40 minutes south of Houston, and closing with his poignant Hall of Fame speech in 1999, the documentary takes the reader through the long, winding highway of Ryan’s baseball career. That journey includes winning the 1969 World Series with the New York Mets, striking out 383 batters for the Los Angeles Angels in 1973, signing the first ever million-dollar MLB contract with the Houston Astros in 1980, and finishing his career with the Texas Rangers.

While the focus is on Ryan’s time on a pitcher’s mound, the film also highlights the important role his family—particularly wife Ruth—played in helping him reach the pinnacle of the sport.

“He only achieves what he did with having my mom by his side,” says Reid, who pitched in the minor leagues and served as the president of the Houston Astros during the team’s World Series win in 2017, in a phone interview last week. “She pushed him. She’s an athlete. She’s a competitor. She’s somebody that really kept him in check.”

The film makes it clear how important Ryan feels family was to his success. The first shot after the title sequence is of Ruth driving around Alvin. Clips of Ryan with his family are interspersed throughout the film.

A 101-minute documentary on a 27-year baseball career is bound to leave stories on the cutting room floor, and Facing Nolan is no exception. Some parts of his playing career get highlighted over others, but the film still gives a complete picture of his time on the pitcher’s mound through interviews with teammates like Ivan Rodriguez, contemporaries like Roger Clemens, and opposing batters like Dave Winfield, who once charged the mound when he didn’t like a Ryan pitch.

However, Ryan’s post-playing career successes as a baseball and business executive are only mentioned in passing.That decision was an easy one for the editorial team—Reid says there just wasn’t enough space to do that part of Ryan’s life story justice in the time allotted.

It is fitting that the film is opening in Texas, Ryan’s home state. He’s lived his whole life in Texas, and when he played the first 13 years of his career in New York and Los Angeles, he lived in Texas during the off-season. Of course, he’s a legend in both the Astros and Rangers organizations.

Nolan Ryan’s life is not just a baseball story but a Texas story, too, Reid says. “Texas made my dad who he is and he exemplified Texas values throughout his career.”

Facing Nolan premieres March 12 at 2:45 p.m. at the ZACH Theatre in Austin, with additional screenings during the film festival on March 13 and March 16. Badgeholders can also see an online screening March 13. Non-badgeholders can purchase a ticket for $20 to a film screening during SXSW if seats are available in the theater. More information can be found here.