Andrew Walker, the museum’s executive director, says the renovation is about “reinvigorating the love between the original, familiar sensibilities of the Philip Johnson building with the building added in 2001” and enriching "the relationship of the Amon Carter Museum to all of American art.” 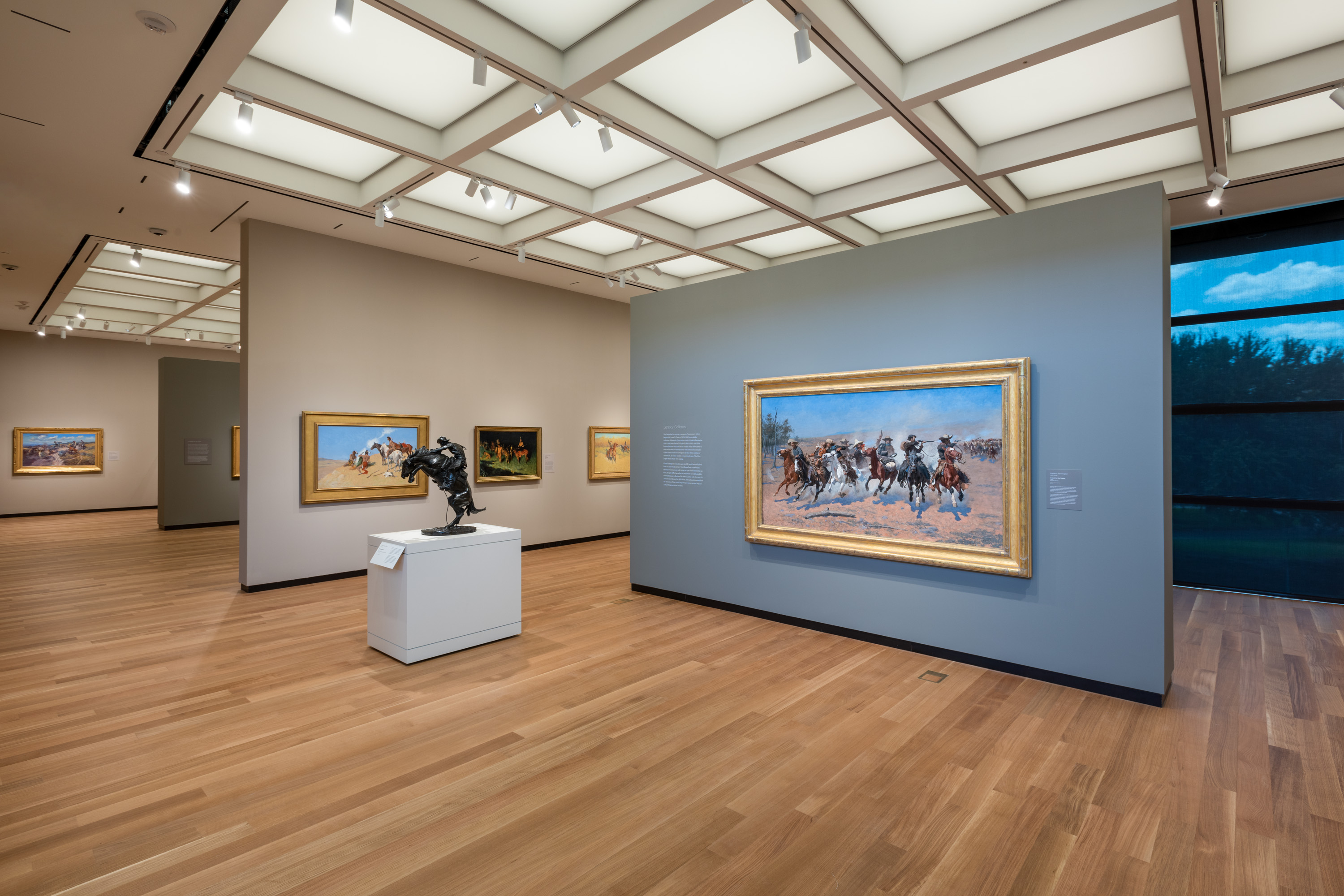 After a three-month closure that capped a year-long renovation project, the Amon Carter Museum of American Art in Fort Worth reopened on September 15, offering an immediate welcome from the moment you step inside the wall of windows framing the front door.

What was a formal lobby is now a gallery starring some of the museum’s greatest hits from its 20th-century works. You can’t miss the Seven and Seven Flower, a black-and-brown, pine-and-steel work suspended from the ceiling at the north end of the gallery. Created by Texas artist James Surls, the sculpture’s modern design works in tandem with the backdrop of a shell stone wall, a timeless signature of the original 1961 building crafted by the late architect Philip Johnson.

That’s just the tip of the renovation iceberg within one of Fort Worth’s iconic art repositories, which was created to preserve the legacy of the late newspaper publisher and philanthropist Amon G. Carter Sr. and his daughter, Ruth Carter Stevenson.

“Seven and Seven Flower.” Courtesy of the artist © James Surls

Andrew Walker, the museum’s executive director, says the renovation’s objectives included “reinvigorating the love between the original, familiar sensibilities of the Philip Johnson building with the building added in 2001.” Further, the undertaking serves to “enrich the relationship of the Amon Carter Museum to all of American art.”

Walker and Brett Abbott, director of collections and exhibitions, and their team of inspired curators guided designers in infusing old galleries with entirely new dynamics. New wood floors replace carpet. Many walls are now movable modules that provide fresh, airy spaces that were once dark and tight. Throughout, new lighting emulates a sense of daylight; in some upstairs galleries, ceilings with special lighting imply the sense of skylights that often figured into Johnson’s work.

Instead of exhibiting the permanent collection in the traditional, chronological order of creation, the museum has arranged works by themes or mediums or in other ways that show how one piece of art can speak to similar ideas as another, regardless of when it was made.

The curators also found ways to juxtapose works from deep within the collection with those of living artists. Some works have been reinstalled in ways that make return guests think they’re seeing those familiar pieces—such as the paintings and bronzes by Frederick S. Remington and Charles M. Russell—for the first time.

“The hang aims to be elegant, dynamic, and thought provoking, and as a result our artwork is singing in ways it has never done before,” Abbott says.

The museum renovation also includes new work, including bird paintings by 20th-century artists Scott G. and Stuart W. Gentling, late Fort Worth natives who created a portfolio called Of Birds and Texas. The current exhibit, Seeing in Detail: Scott and Stuart Gentling’s Birds of Texas, includes 23 watercolors. A Gentling retrospective is planned for 2021, and the archives of the brothers’ works now lives in the newly established Gentling Study Center at the museum.

Equally as powerful is the touring photography exhibit called Gordon Parks: The New Tide, Early Work 1940-1950, organized by the National Gallery of Art. The late photographer’s work illustrates the early journey of a self-taught, pioneer artist who broke color barriers in his field while capturing images from urban settings to Europe’s fashion salons.