The Queen of the Gulf: 5 Surprising Historical Facts About Galveston’s Iconic Hotel Galvez 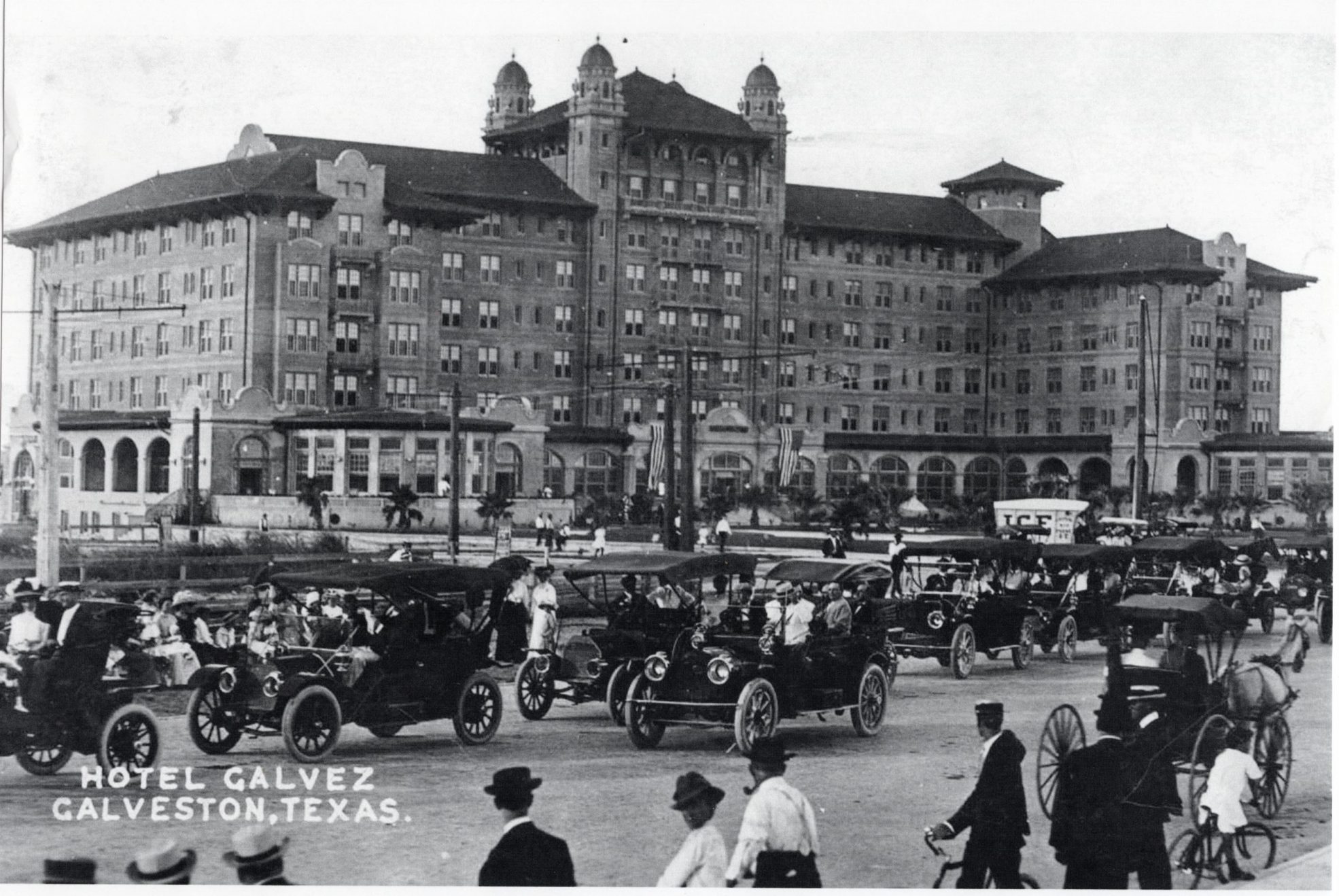 A photo of the Hotel Galvez shortly after it opened in 1911. Courtesy Rosenberg Library, Galveston.

The Hotel Galvez cuts a dashing figure on the Galveston coastline, its Spanish Colonial-style façade turned to the Gulf of Mexico. This striking visual impression is no accident. After the 1900 Storm—which still stands as the deadliest natural disaster in American history—a group of businessmen built the hotel to send a signal—Galveston was back.

My latest book, A History of the Hotel Galvez, shares the story of this 110-year-old beauty and some of the people who have walked through her halls. Since it was built in 1911 the “Queen of the Gulf,” as its nicknamed, has hosted presidents, beauty queens, military heroes, gamblers, movie stars, entertainers, and more than its share of ghost sightings.

Like any grand lady, the Galvez has her secrets. Here are a few I uncovered while doing the research for the book:

Galveston-based author Kathleen Maca is the author of Ghosts of Galveston and the “Tales From Texas” travel blog. Her new book, A History of the Hotel Galvez, was released Feb. 1.