This Summer, Get Your Kicks Discovering Soccer’s Growing Popularity in Texas

Written by Sarah Thurmond | Updated: May 20, 2021 | Filed Under: CultureTravel News 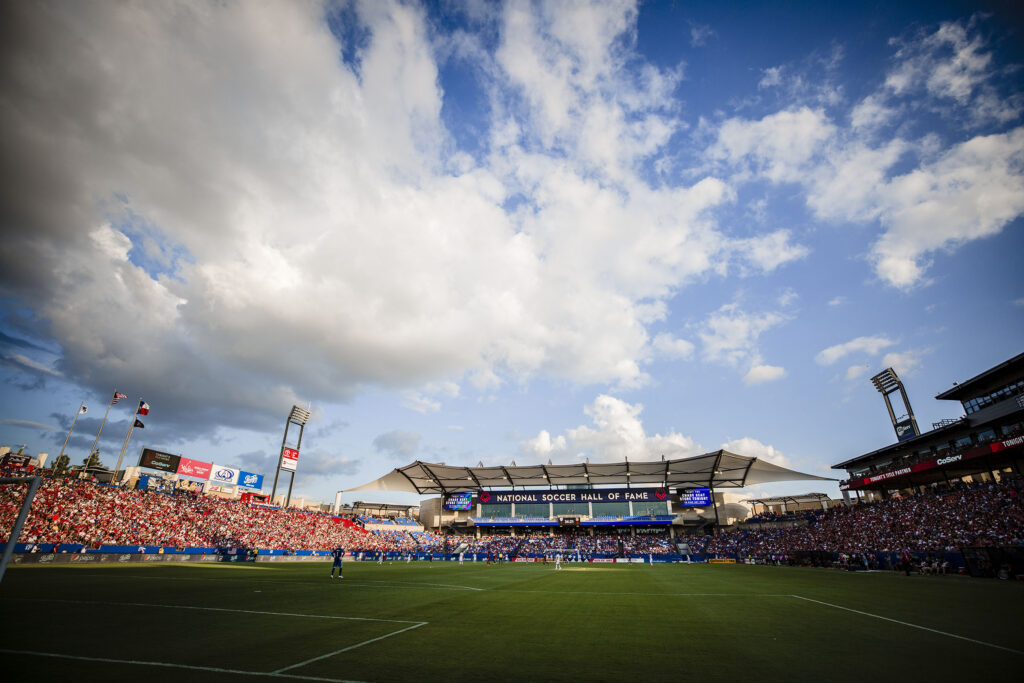 Before you even enter the National Soccer Hall of Fame in Frisco, the first thing you see is a large aluminum statue of a soccer player in the middle of a bicycle kick. It’s the kick made famous by Pelé, arguably the best player ever. During the 1970s, the Brazilian soccer star played in front of record-breaking crowds in the North American Soccer League, helping increase the sport’s popularity in the United States. Today, his white-and-green New York Cosmos jersey is among the hall of fame’s collection of 400 artifacts.

Inside, you can read how soccer’s been played in the U.S. since the mid-1800s; how post-Pelé, the sport’s popularity increased again after 1994, when the U.S. hosted the World Cup; and how the most dominant team in the world is the U.S. women’s soccer team. Their four World Cup trophies are also displayed in the National Soccer Hall of Fame.

To many Texans, a 24,000-square-foot monument to the beautiful game may seem out of place in a suburb of Dallas. But this soccer-loving community saw an opportunity when the original hall of fame, located in Oneonta, New York, closed because of financial reasons in 2010. An expansion of Toyota Stadium, the home of Major League Soccer team FC Dallas, sealed the deal for a relocation to Frisco, and the new hall of fame opened in 2018. This year’s induction ceremony, moved from May 22 to Oct. 2, includes a concert with Willie Nelson after an FC Dallas match.

Founded in 1995, FC Dallas is the oldest of the three Texas clubs in Major League Soccer. The Houston Dynamo came next, after moving from San Jose in 2006. Now there’s Austin FC, which plays its first home game at the brand-new, 20,500-seat Q2 stadium in June. Texas, along with California, are the only two states with three MLS teams. 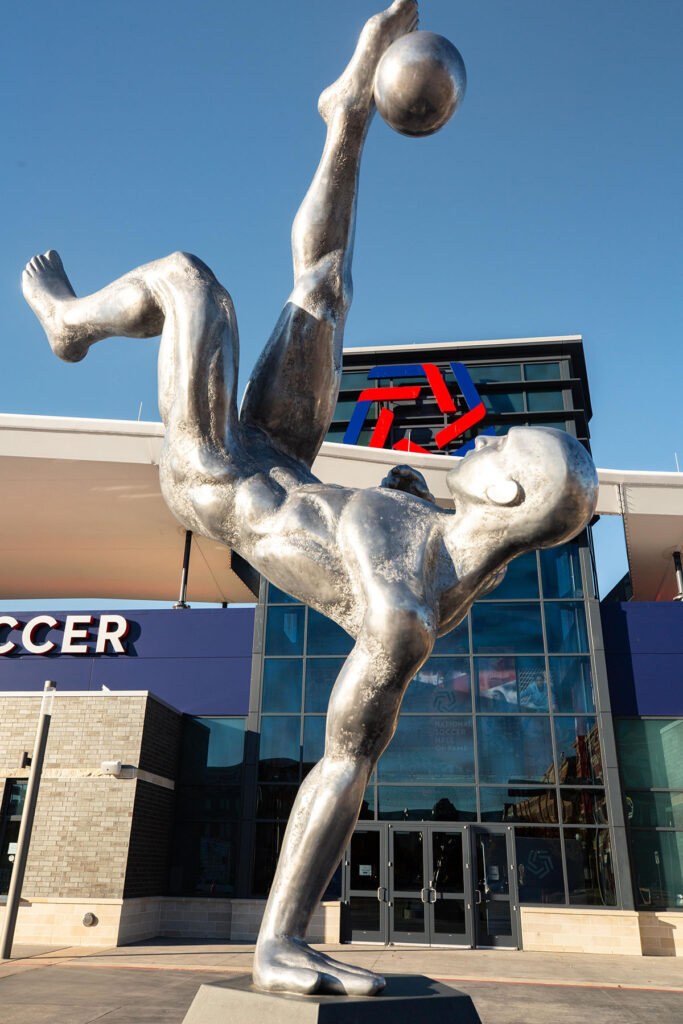 This summer, all three cities, along with Arlington, will host games in the Gold Cup, the soccer tournament held every two years that determines the best national team from North America, Central America, and the Caribbean. This is all part of why, even though Texas has always been obsessed with football, it’s another type of football that’s flourishing here.

“This sounds arrogant,” Jon Arnold says. “But I guess since we’re Texans, we can say it: Texas has contributed more to soccer in the U.S. than almost any state.”

Arnold writes about soccer for thestrikertexas.com, which launched earlier this year and calls itself, “your new favorite soccer website, with a Texas accent.” Writing about the sport, Arnold’s been to about a dozen different countries, chatting with fans with whom he only shared the language of soccer.

“When you look at some of the names that Texas has produced both on the men’s side and on the women’s side, you can kind of tell that something is happening here,” Arnold continues. “Something is special here that makes the state a little different.”

Perhaps what’s different is at the grassroots level, with all the youth players and coaches who grow up loving the sport. It could be Texas’ large Latino population—about 40 percent of the state—with whom soccer has always been popular. It could be how often the Mexican national team plays in Texas—at least once a year in Arlington at the Dallas Cowboys’ AT&T Stadium. It’s considered the Mexican team’s “second home.”

But the truth is soccer has long been a part of Texas, and much of the credit for that goes to the Hunt family of Dallas. Lamar Hunt, the founder of the American Football League and the Kansas City Chiefs, first fell in love with soccer after seeing a World Cup match in 1966. That led to the Hunts being a part of now-defunct soccer leagues, including the North American Soccer League. In the 1990s, the family not only founded Major League Soccer but helped keep it alive as it struggled in its early years. Hunt passed away in 2006, and FC Dallas players still wear the initial LH on their jerseys.

Whether it’s the Hunts, youth leagues, or all these things combined, or something else, whatever it is, Texas is at the center of how much soccer’s perception has changed in this country during the last few decades.

“When I was growing up, I couldn’t see a soccer game on TV to save my life,” says Djorn Buchholz, a former college soccer player who for the last 20 years has worked in all areas of the front office for different soccer teams. Now he’s the executive director of the National Soccer Hall of Fame.

Unlike when Buchholz was growing up in Nebraska, today it’s not difficult to find televised games from all over the world, during weekdays, and especially on weekends. Before the pandemic, bars and restaurants across Texas would host viewing parties for fans of clubs playing in leagues all over the world. And, of course, they’d also host parties when the Mexican and United States national teams played.

“The sport’s just really changed,” he says. “And it’s going to get even better because we’re waiting for a World Cup to come.”

In 2026, the United States, Canada, and Mexico will host the men’s World Cup. Held every four years, the soccer tournament attracts billions of viewers across the globe as it crowns the best national team in the world. It will be 32 years since the United States hosted the World Cup, including games in Dallas’ Cotton Bowl. AT&T Stadium, and NRG Stadium, home of the Houston Texans, have placed bids to host World Cup games in 2026.

“I would be really surprised if there aren’t games in Texas,” Arnold says. I think Dallas is almost a lock, and I think Houston has a very strong case as well.”

Only 10 sites in the U.S. will be selected as World Cup hosts. If Texas has two among them, however excited soccer fans will be this summer for the Gold Cup, five summers from now, that excitement will increase exponentially. If that happens, Texas will reinforce its place as the soccer capital of the United States. Now wouldn’t that be an interesting story for the National Soccer Hall of Fame.

In an earlier version of this story, we had Texas as the only state with three MLS teams. The story has been updated to include California as also having three teams.