Where in Texas to Learn the Olympic Sport of Curling 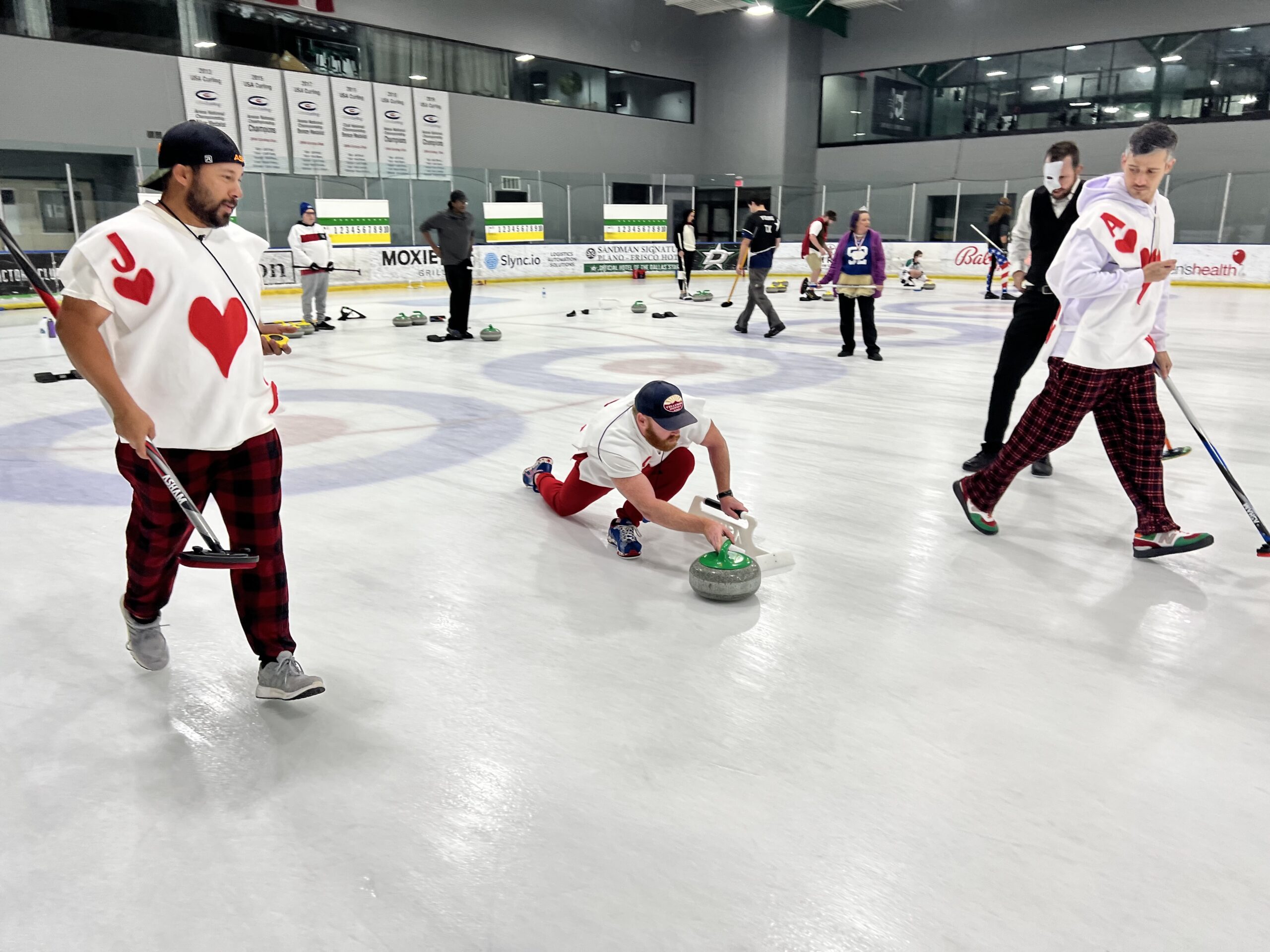 Every four years during the Winter Olympics, the American public gets swept up in the perfectly placed stones, cerebral strategies, and surprising suspense of curling. For Texas’ three curling clubs—the Curling Club of Houston, Dallas/Fort Worth Curling Club, and Austin’s Lone Star Curling Club—that heightened curiosity is a great opportunity to give fans of the sport a chance to experience it for themselves.

“Anybody who loves something, they love to share it with the world,” says Heather Cook, special programs director for the Dallas/Fort Worth Curling Club. “We love to share it as much as we can.”

With the conclusion of mixed doubles competition yesterday, American fans are eyeing the men’s and women’s team competitions, with special interest in seeing whether the men’s team defends its gold medal from 2018. The Olympics have driven exponential interest in the sport, and all three Texas curling groups are capitalizing on the fervor by hosting extra “learn-to-curl” events over the next month.

Lone Star Curling Club has partnered with Curl Austin—a curling-only facility, as opposed to a hockey or skating rink—on its learn-to-curls. These events, which include instruction and game play, run four days a week for the rest of the month. Meanwhile, Houston is holding learn-to-curls on the weekends, and DFW will host 14 learn-to-curls in March.

The Lone Star Curling Club, whose members range from 16 to 83 years old, is expecting thousands of people to attend the learn-to-curls thanks to its affiliation with Curl Austin. The first of its kind in Texas, the facility opened last fall with the belief the sport is going to grow in popularity over the next few years. Like the other two clubs, the Lone Star Curling Club hopes to convert those attendees into full-time members who participate in leagues and other tournaments throughout the year.

“The Olympics have been the lifeblood of our club,” says Joe Glaeser, president of the Lone Star Curling Club. “Every four years, we go through this three-year decline and then a bump up.” 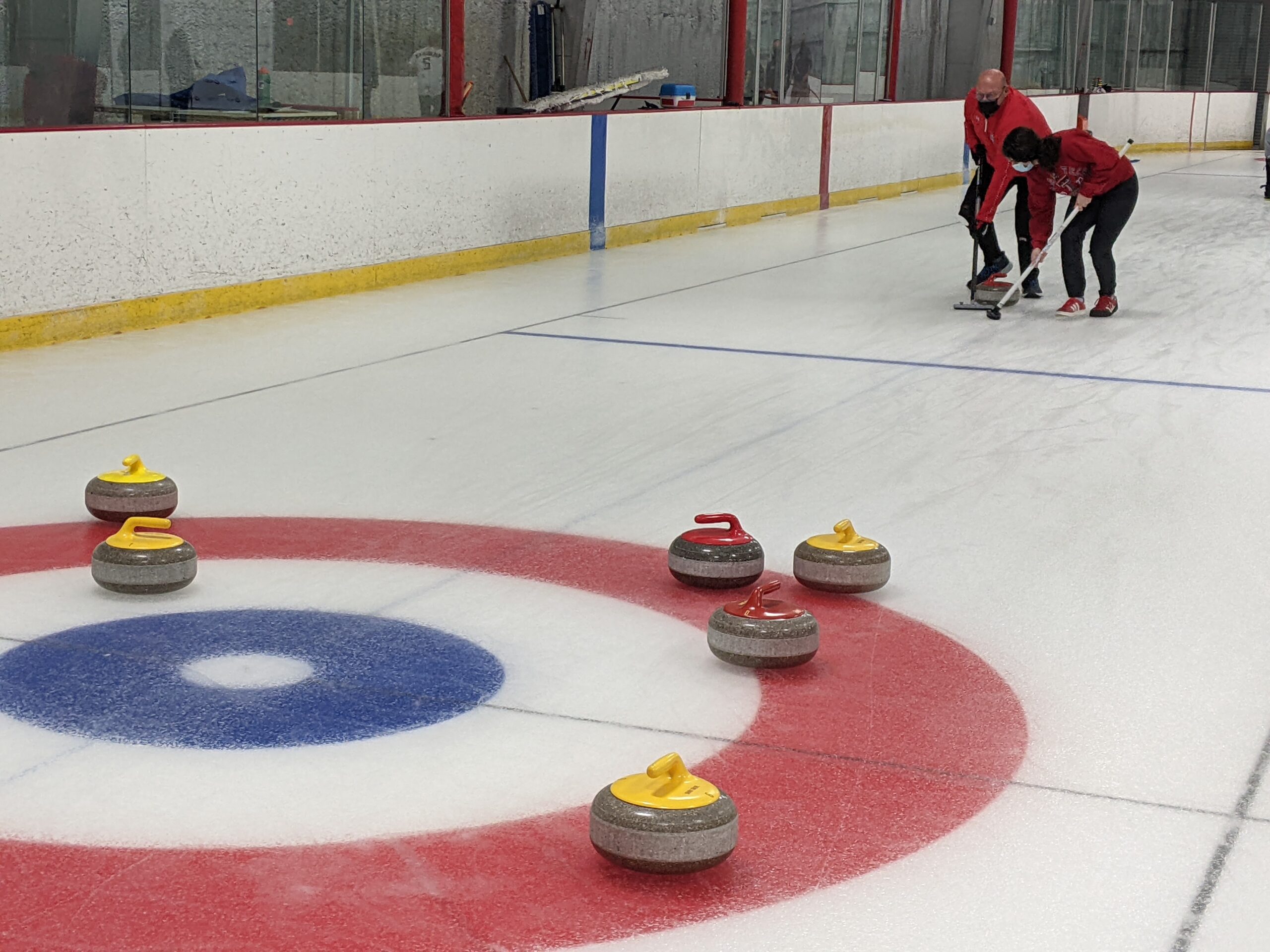 The learn-to-curls pair with corporate events as the main events clubs hold to bring inquiring minds to the sport. But the clubs are also embracing other ways to grow the game and reach people. Viewers watching curling on CNBC and the USA Network in the greater Houston area may come across a 30-second ad for the Curling Club of Houston, which first aired during the Olympics four years ago.

“We wanted to do basically everything we could to make sure that we got a good bump,” says Carl Schaeper, president of the Curling Club of Houston.

To that end, Cook recently ran two hourlong presentations at an elementary school in Denton for third, fourth, and fifth graders. She played videos of Olympic highlights and explained some of the intricacies of the sport.

“They were very excited that we were there,” Cook says. “A lot of them were like, ‘I can’t wait to tell my parents about this.’ ‘I’m going to tell them how to watch curling.’”

There will be some people who fall in love with the sport over the next few weeks and get hooked. Many did so in 2018 after watching John Shuster lead Team USA to a shocking and inspiring win in the men’s tournament. But the curling leaders at each of the three clubs understand that many who try the sport over the next few months won’t play more than once. Many just want to check it off their bucket list.

“It’s a niche sport and we realize that,” Glaeser says. “You just love when people discover that for themselves.”