Wildfires Continue Across Texas as Temperatures Soar and Droughts Worsen 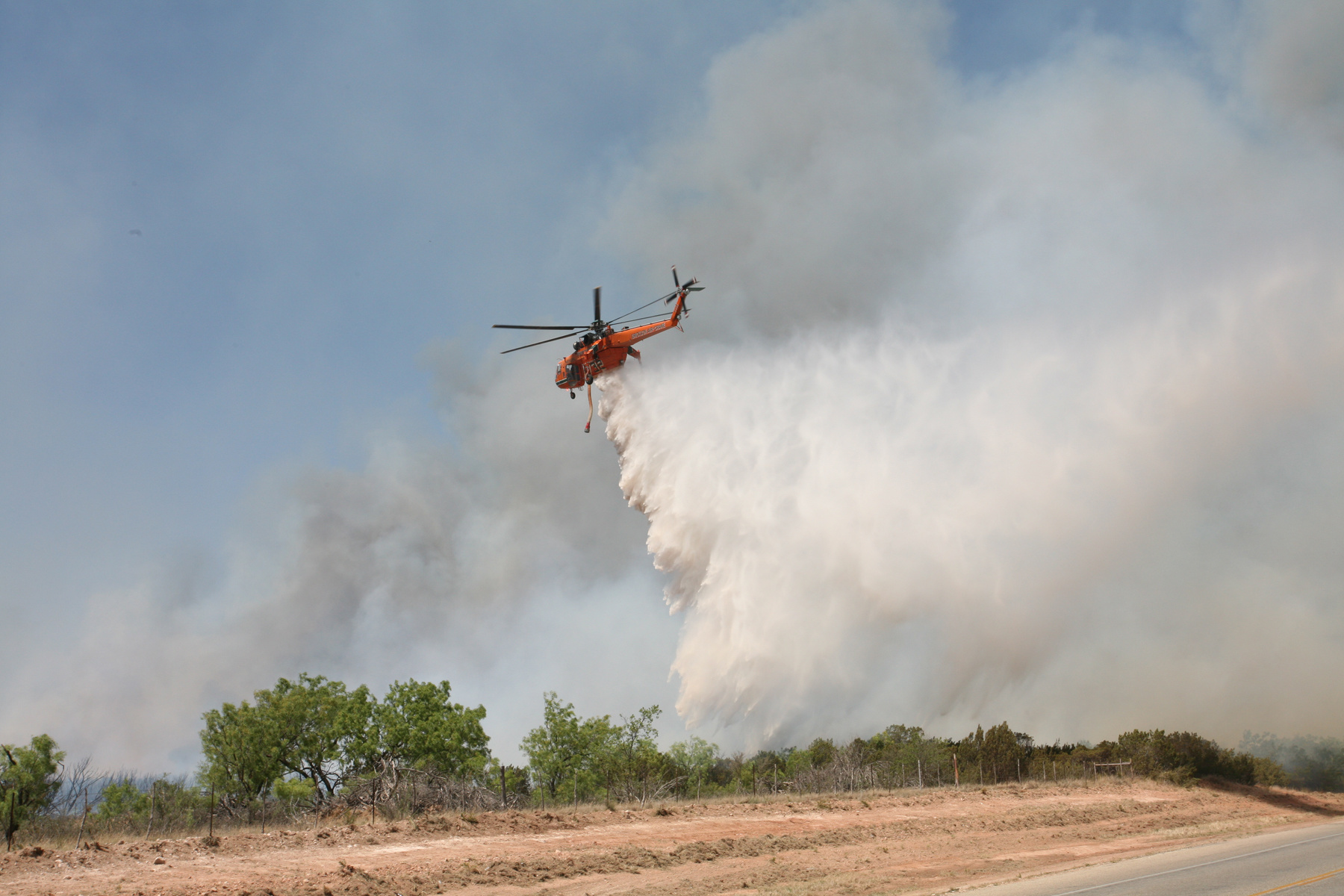 High temperatures and extremely dry conditions have caused wildfires throughout Texas this summer—the most recent being the Chalk Mountain Fire in Somervell County near Dallas-Fort Worth.

The fire at Chalk Mountain has burned through 10 square miles of North Texas, while also destroying more than a dozen homes. According to Texas A&M’s Forest Services’ public information officer, Juan Rodriguez, the cause of the fire is unknown but remains under investigation. Evacuations were issued for the areas of Hutchinson, Coleman Ranch Road, Rock Church Highway, and Nocal in Tolar. The Somervell Sheriff’s Office recommended residents north of SH 67 and west of SH 56 to leave the area on July 18. As of Sunday, the fire stood at 20 percent containment and remains the current largest wildfire in Texas.

In addition, several closures took place surrounding the wildfire, including Dinosaur Valley State Park. Texas Parks and Wildlife temporarily closed the park due to its close proximity to Chalk Mountain and reopened at limited capacity on July 25.

This isn’t the first devastating wildfire to hit the state, and according to Rodriguez, it won’t be the end of them. Last Monday, crews responded to a fire at Nelson Creek in Walker County, sizing at 1,887 acres. Last week alone, A&M’s Forest Service responded to 24 new wildfires, burning through 7,774 acres of land.  “This fire season’s forecast is looking like it’s going to be lasting a little bit longer,” Rodriguez said. “We don’t believe that we’re at the end of it yet just because of the weather that we’re seeing—there are going to be a lot more dry and hot days.”

Rodriguez said 99% of the state is undergoing some level of a drought during this summer season, with that remaining 1% being the El Paso County area. Cities throughout Texas are experiencing minimal rainfall, and in addition to record-breaking high temperatures—some reaching as high as 110 degrees—dry vegetation likely increases a wildfire breakout.

Although weather conditions contribute to the duration and spreading of wildfires, there are also other factors that should be considered. Most often, wildfires are caused by people who don’t adhere to the burn bans issued in their area.

Whether it’s a tire blowout or an equipment malfunction, it only takes a small spark to start a fire in Texas. Some causes of wildfires include sparks from welding and grinding equipment, improperly disposing of smoking materials, and burning trash on dry, windy days.

Rodriguez urges the public to take notice of the fire bans issued throughout the state, which has now totaled to 215 counties, and to make sure people are properly prepared in case of a fire breakout. “Creating a defensible space around your home if you live in a fire prone area—maybe out in rural Texas—is very important to have,” Rodriguez said.

Until cooler temperatures and some rainfall make an appearance in Texas, relief from wildfires across the state are unlikely in the near future. Some tips for prevention include postposing outdoor burning until it is safe to do so, reporting unattended fires, paying attention to your local ordinances for burning trash, and not welding during dry and windy days.