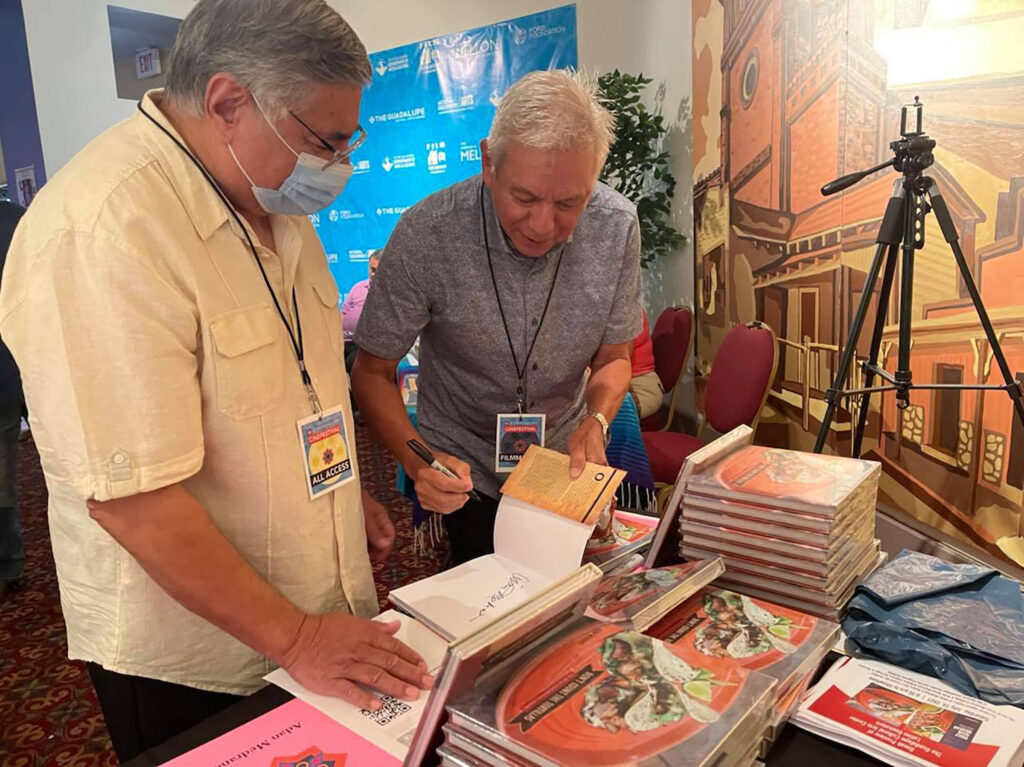 Author and chef Adán Medrano signs a copy of his book at a Guadalupe Latino Bookstore event. Photo by Tony Diaz.

With its deep roots in the San Antonio community, the Guadalupe Cultural Arts Center has been promoting and educating through Chicano, Latino, and Native American arts and culture since 1980. And it’s a testament to the center’s sustainability that its annual events, the Tejano Conjunto Festival and Cinefestival, came to fruition in the midst of the pandemic, with the 39th music festival taking place virtually in May, and the 42nd film festival moving forward in person in July.

Next month, the center celebrates the 30th year of the Guadalupe Dance Company with Noche de Gala on Oct. 2. Now, with an unexpected $1 million contribution from philanthropist MacKenzie Scott and her husband, Dan Jewett, there are plans to make building renovations at the center’s complex, develop infrastructure within the organization, and launch its newest initiative, the Guadalupe Latino Bookstore.

Opening Oct. 1, the bookstore will offer book selections that are curated by writer, activist, and professor Tony Diaz and focus on Texas Latino writers, Mexican American studies, and Chicano scholars and community. Beginning in 2022, Diaz says, the bookstore will feature “a monthly authors series focusing on writers representing the different regions of the state … from Texas Poet Laureate Lupe Mendez (of Houston) to writers from El Paso, Austin, the Rio Grande Valley, Dallas, and all points of Texas.”

Recently, the bookstore featured a sneak preview with author and chef Adan Medrano (Truly Texas Mexican: A Native Culinary Heritage in Recipes and Don’t Count the Tortillas: The Art of Texas Mexican Cooking). Enthused by the event’s success, Diaz says, “We even had our first wave of subscribers who pledged to buy every author’s book in our monthly [series].” He adds that the hope is “to inspire visitors to begin, or replenish, their own family libraries.” 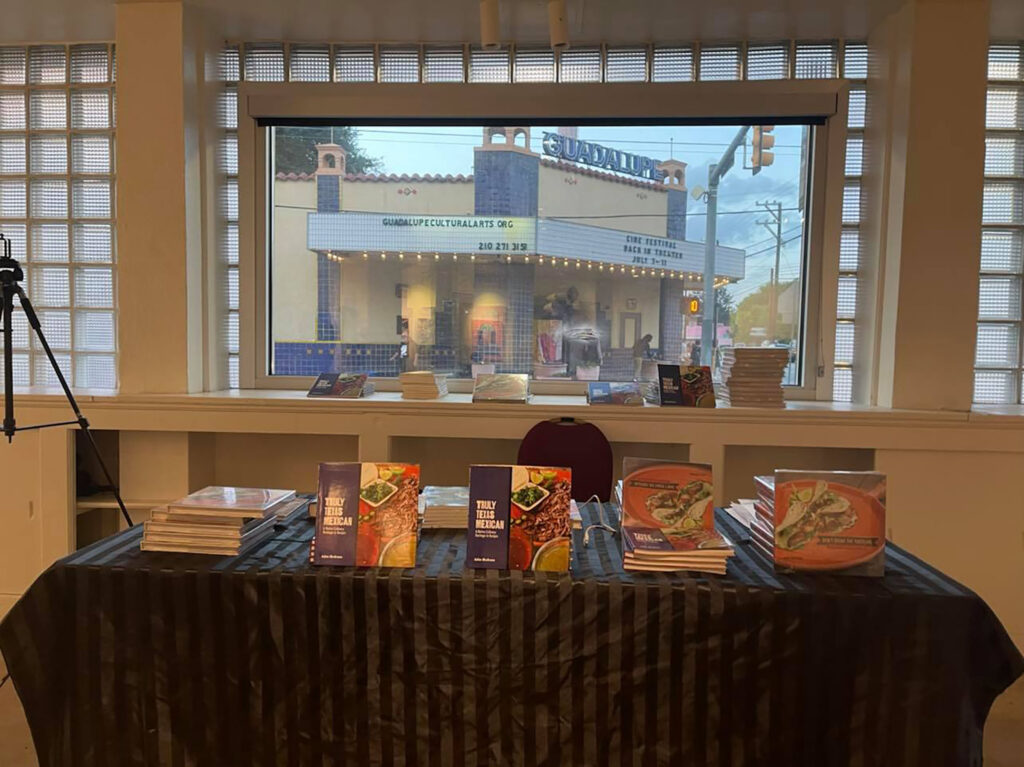 Books on display at the Guadalupe Latino Bookstore, located across from the Guadalupe Cultural Arts Center’s theater. Photo by Tony Diaz.

As a writer, I’m excited to hear about this return to the literary arts. Twenty years ago, the Guadalupe invited me to read as part of their long-running but now defunct Inter-American Bookfair and Literary Festival. It was the very first time I was offered both an honorarium and lovely hotel room for the duration of the fair. In fact, that’s where I first met Tony Diaz.

“I met so many writers [in 2001] with whom I’ve had the pleasure of continuing to work. We are familia,” he says. “This bookstore is based on those connections, that legacy, that art. Even if folks don’t see that right away, [they] feel the energy and excitement.”

The origin of a lot of that energy lies with the Guadalupe’s current executive director, Cristina Ballí, who was formerly the executive director of Austin-based nonprofit Texas Folklife. Asked about the decision to leave Texas Folklife to oversee the center, she says, “The Guadalupe is the premier Latino arts organization in Texas, and among the most relevant in the country, so it is a tremendous honor for any Tejana/o arts administrator to be at the helm of this organization. … It is a great opportunity to have an impact not just in San Antonio but all the state, but it is also an enormous responsibility.”

It also takes Ballí back to her time in the Rio Grande Valley, where she oversaw the Texas Conjunto Hall of Fame and Museum and the Freddy Fender Museum, both in San Benito. “My specialty in arts programming is conjunto music, so I was delighted to produce the Guadalupe’s Tejano Conjunto Festival,” she says.

The Guadalupe shows no signs of faltering. About the pandemic, Ballí says it “was a completely unexpected crisis for all of us. It was extremely stressful at the beginning having to cancel programs, figuring out what we could offer online and how, and dealing [with] the financial losses.”

The surprise $1 million dollar contribution from Scott, along with the continued funding at the municipal, state, and national levels, as well as the enduring support of individual contributors promises to sustain and expand the Guadalupe’s mission to preserve and promote art and culture for many more years to come.