Through the efforts of a local historic society, the trail system is ready for visitors seeking something off the beaten path 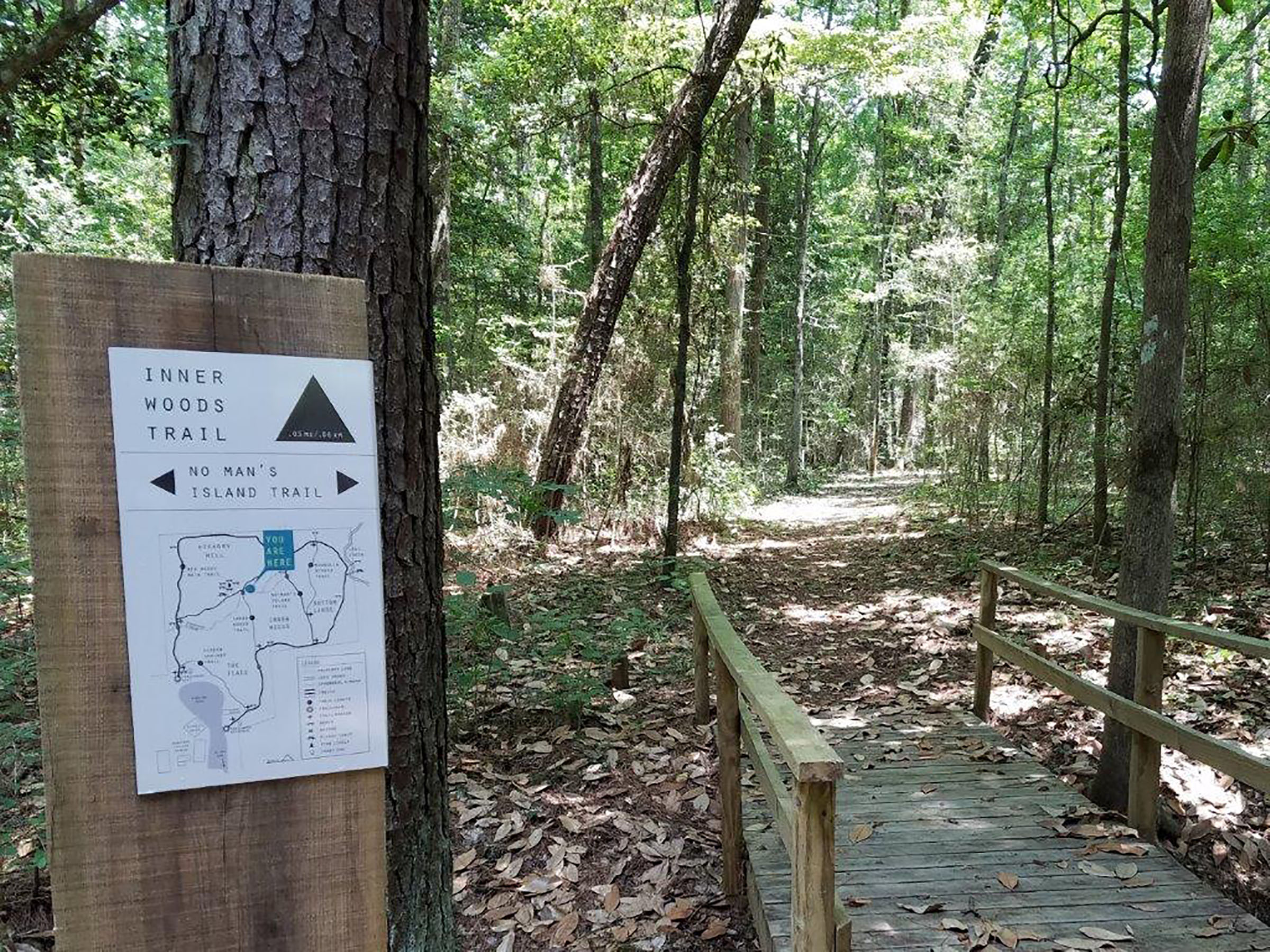 In the vastly rural southeast Texas landscape north of Beaumont and immediately east of Livingston lies a magnet I’ve been unable to resist since I was a kid. Framed by the four national forests sprawling across that corner of the state, the Big Thicket National Preserve—the first national preserve in the country—offers a small spread of biological wonders, with a place to paddle on cypress-shaded sloughs and creeks and trails to tramp through thickly wooded environs so removed that a cell phone signal is miles away.

An aunt took me, my cousin, and some friends there for backcountry camping among those longleaf pine forests ages ago, and this city girl was smitten with Big Thicket’s primeval look and feel. I’ve returned frequently in years since, whenever I need to ditch life’s stress-laden cacophony and lose myself in nature at its purest level.

Such a place proved the perfect pandemic escape, of course. But on a recent, I discovered a whole other spot for a respite.

As someone who’s always building good eating into my getaways, I thought a stop at the Pickett House Restaurant would be a great reward for me and my husband after a long hike on the Thicket’s Big Sandy Trail. Our payoff, however, was doubled when we arrived at the old Southern-style cottage famous for its family-style dinners and fried chicken.

As we pulled into the gravel parking lots right behind the restaurant—which is part of Heritage Village, a collection of historic buildings at the town of Woodville—there was a sign prominently announcing Big Woods Nature Trail. What a surprise, and what a bonus.

Accessed just a few yards from the restaurant’s front door, this trail, which is actually a cluster of five small, refurbished trails, is a perfect post-feast treat.

This Saturday is Queens Weekend of the Tyler County Dogwood Festival. The event kicks off with the Dogwood Dash in the morning, followed by arts and crafts and vendors around Courthouse Square, a motorcycle and classic car exhibit, a parade, the annual coronation of the Dogwood Queen, and a historical play about the county. Information about the festival can be found here. And stop by Heritage Village, open on Saturday, to view its Former Queens Exhibit.

A bit of investigation revealed that though the little trail system, which offers walks of less than a tenth of a mile to just over a half-mile in length, has been around for years, it was made truly welcoming only recently.

It was always kind of hidden by the old houses in the village, with just a tiny sign pointing to the trail entrance,” explains Sarah Reinemeyer, president of the Tyler County Heritage Society and longtime volunteer on the trail restoration project. “There was a pond and some picnic tables, but nobody knew anything was there.

Such a treasure didn’t need to be a secret, the heritage society decided, but these good souls had an uphill climb: Hurricanes in recent years proved devastating to an already-primitive trail. In the summer of 2017, the heritage society began working on improvements after winning a grant from Texas Parks and Wildlife. “We thought we’d be finished rebuilding in six months, then more bad storms hit our area,” Reinemeyer says.

While recovering from repeated rounds of storm damage in 2018 and battling destruction by feral pigs that roam the region’s woods, the volunteer committee attended forestry conferences to learn more about native trees and plants. The volunteers engaged experts to identify specific plants populating the trail area, found helpers to build benches and bridges, and secured a local landscape architect who donated her design work and wayfinding signs that coordinate with maps for visitors to use. In all, Reinemeyer estimates hundreds of hours contributed by dozens of volunteers—and groups like the local 4-H youth organization—resulted in the spruced up Big Woods Nature Trail unveiled early last fall. 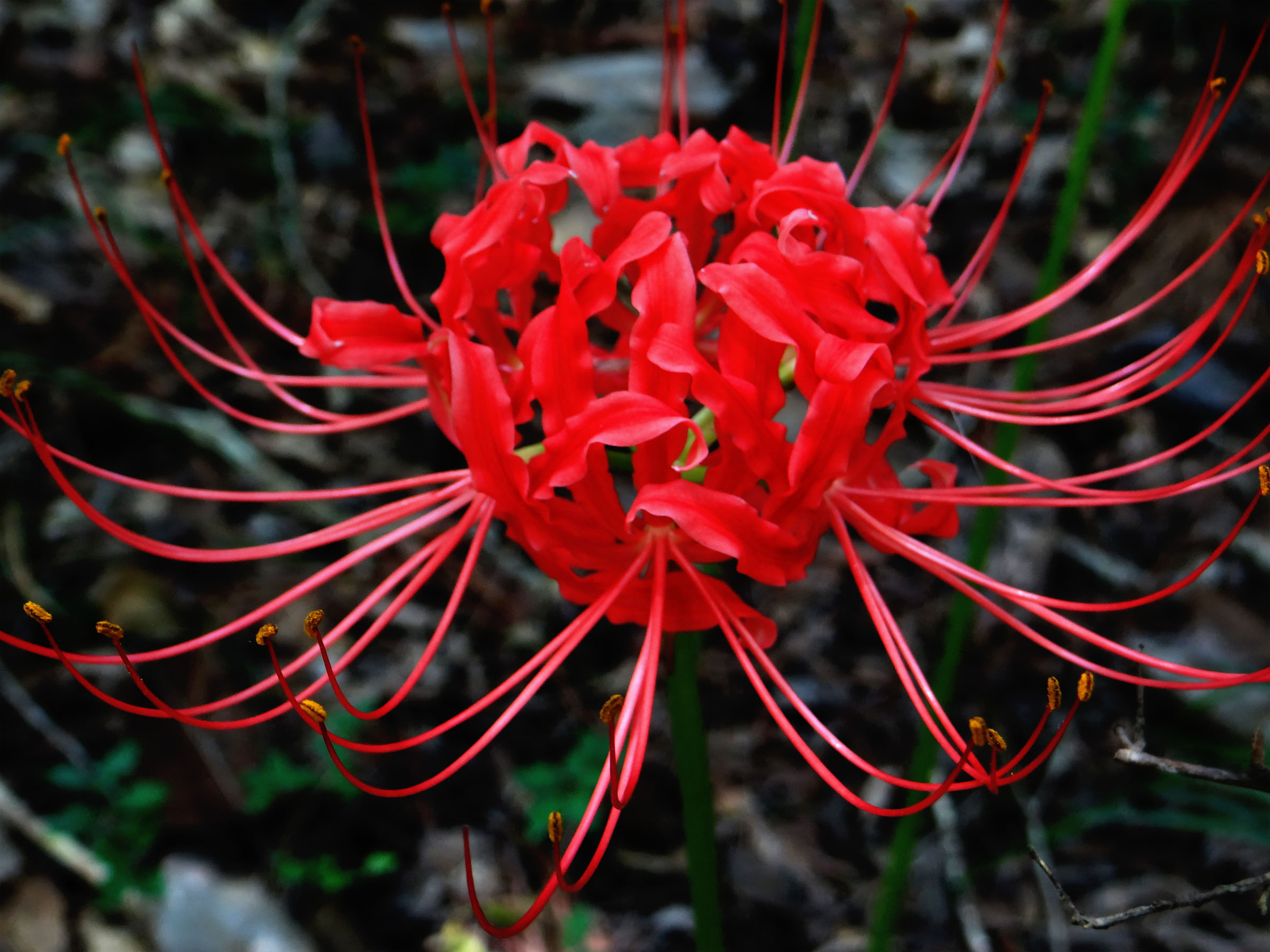 A flowering lycoris, one of the many plant species found in Big Woods Nature Trail. Photo by Kathy Kinsel.

Wanderers now find well-marked trails cutting through the woods, which are populated by 26 species of native trees and three species of native vines, identified by new signs noting names and picturing their leaves and, where relevant, fruits and flowers. We found an extraordinary post oak measuring more than 7 feet around, a sweet gum tree joined at its base with a water oak, and the delightfully named farkleberry (sometimes called a huckleberry) tree bearing little seedy edible black berries. The icing on the cake came in sightings of beautiful zebra swallowtail butterflies drawn to the pawpaw trees here.

The Big Woods Nature Trail wins over its share of photographers, naturally—so much so that the heritage society offers a monthly photo contest, judged by a local nature photographer. November’s Photo of the Month was an intriguing pink-centered mushroom framed by fallen brown leaves, with a tiny snail making its way across the center. Evelyn Hardy from Cuero, who captured the image, comes to walk the trail with her grandmother, delighting in finding a rabbit on the trail at times.

Brenda Harris of Houston, an illustrator and writer working on a series of East Texas wildlife books, captured a row of ferns growing from a log to win the October contest. Visiting a Woodville friend, Harris says, “We were like children calling out the names of plants and pointing to new discoveries.”

Improvement work continues, as storms may continue to bring challenges to trail maintenance. A new grant awarded by the Texas Society of American Foresters means the Big Woods will soon offer more to visitors like us, as volunteers spend the coming months adding more informational signage, repairing pathways, and placing picnic tables and benches. As Reinemeyer says, “It’s a work in progress.”

The Big Woods Nature Trail sits in Heritage Village, located at 206 US 190 in Woodville.