The Daytripper Heads Out West to Terlingua 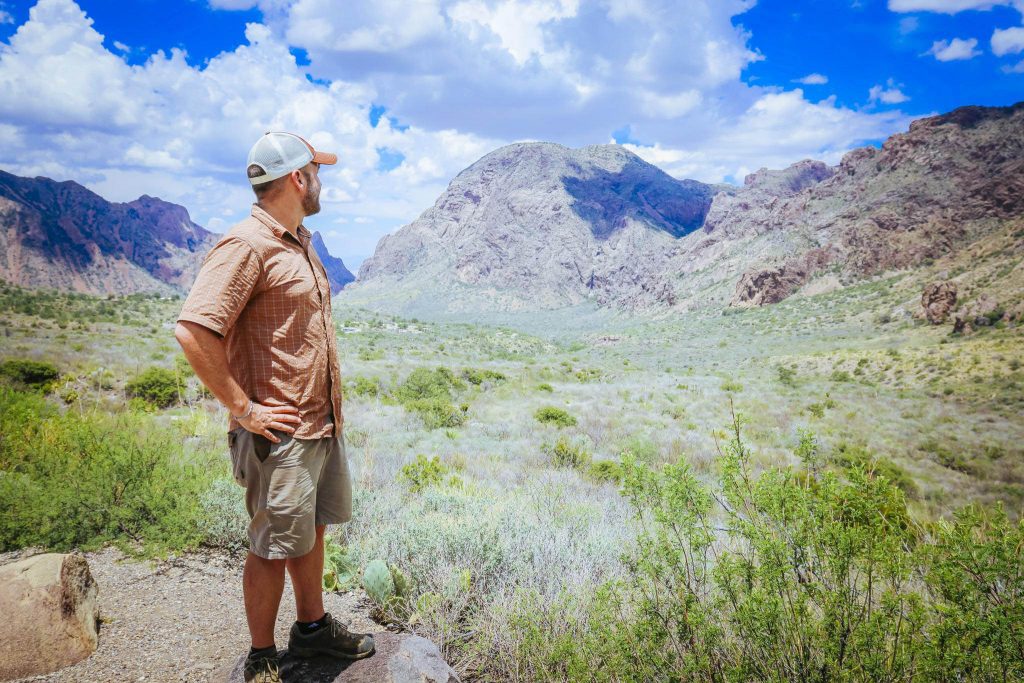 Each fall, thousands of chili superfans from far and wide descend on this West Texas town for the famed Terlingua International Chili Championship. But the rest of the year, you’ll find a strange, far-out destination mixing artsy freedom with desert air.

Terlingua’s lore revolves around its historic ghost town, which boomed in the early 1900s with the area’s quicksilver mines. Throw on some boots and take a self-­guided stroll past old equipment and cavernous mining shafts that are now sealed off. The crumbling stone homes form an eerie backdrop, as does the Perry Mansion high on the hill overlooking the town. Honor former residents at the Terlingua Cemetery, which looks like it could have been built for a Western movie set.

Want to feel like a real cowboy riding across the plains of an alien planet? Jump in the saddle and take a horseback-­riding trip through landscapes unique to the area’s desert terrain. If you’re feeling adventurous, book a full-day “Saddle and Paddle,” which includes rafting on the nearby Rio Grande.

There is no spot more iconic to Terlingua than this old theater-turned-eatery. A local rancher dismantled the theater’s roof after its heyday in the ’30s, leaving just four walls and nothing but the Texas night sky as a ceiling. The restaurant and live music venue now has a new ceiling and air conditioning. You can’t go wrong with a bowl of red chili, but the menu also has more adventurous eats, like chicken-fried wild antelope. Don’t leave without saying “howdy” to Clay Henry, the goat (now taxidermied) that once served as the mayor of nearby Lajitas.

Terlingua Trading Company and “The Porch”

This funky gift shop next-door to the Starlight is full of souvenir trinkets and art, some made in nearby Mexico. When you’re done shopping for roadrunner statues and calaveras, grab a cold beer from the fridge and join the locals sitting on “The Porch,” passing the hours picking guitars and telling yarns (and sometimes knitting yarn, too).

After the sun sets over the West Texas desert, step into the most unusual bar in Texas for a nightcap. (La Kiva is temporarily closed due to the COVID-19 pandemic.) The bizarre world of faux dinosaur bones gives it a Flintstones-esque theme. The word kiva means “gathering place” in the Hopi culture, and you’re sure to find folks from every walk of life here. You’ll at least have one thing in common: You’ve come from somewhere far away to one of the most remote places in Texas.