The story behind this San Antonio landmark’s entrance sign serves as a reminder of wartime mentality and an attempt to rewrite history. 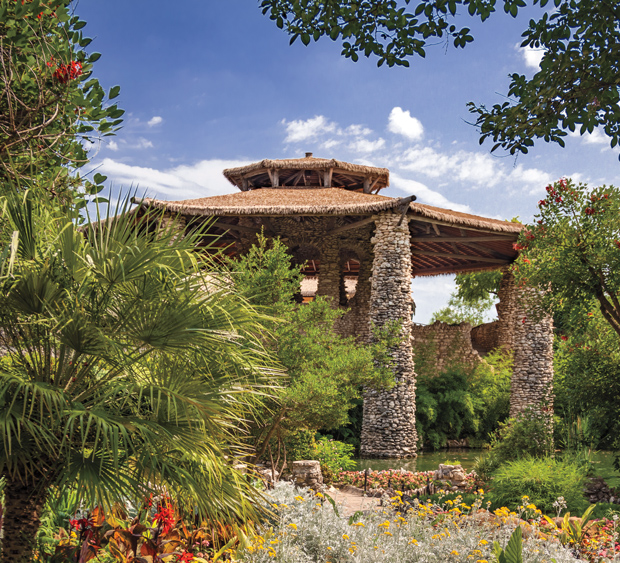 In 1917, City Parks Commissioner Ray Lambert led the quarry’s transformation into this Japanese-style sunken garden. In 1926, the city invited Kimi Eizo Jingu—a Japanese-American artist and U.S. Army veteran—and his family to move in as caretakers. But after the attack of Pearl Harbor in 1941, anti-Japanese sentiment gripped the country; the city evicted the Jingus, renamed the property, and erected its new sign. In 1983, the idea to revert the park to its original name finally took hold when City Councilman Van Archer championed it. He wrote at the time, “Officially renaming the sunken gardens will serve as at least a small and symbolic reparation for the wrongs suffered by an American minority group caught in the madness and hysteria of war.” The sign still stands today—a memorial to the bitter history that once transpired over these beautiful, peaceful grounds.